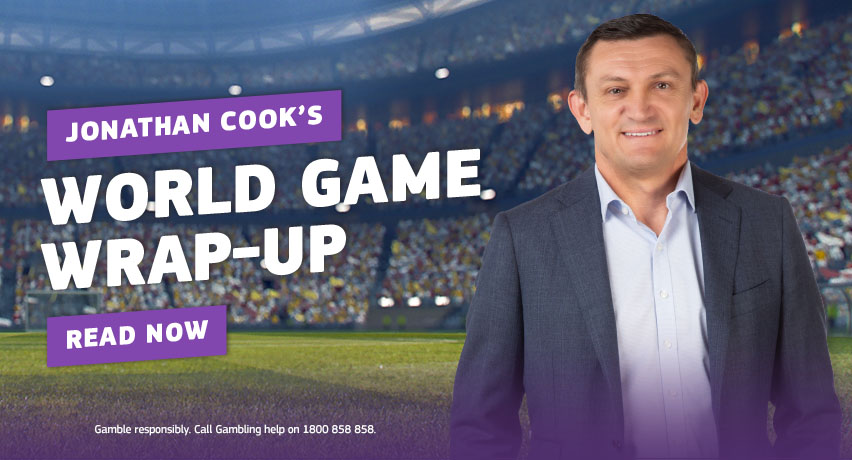 Newcastle, featuring England international Kieran Tripper for the first time following his switch from Atletico Madrid, were stunned by Joe Ironside’s second-half goal for the English League One side.

Iredale, 25, has overcome three ACL injuries to forge a career in Britain. He left Perth in 2017 to join Scottish side Greenock Morton, and later played for Queen’s Park and Carlisle United before joining Cambridge last year. He and his teammates will take on Championship side Luton in the fourth round.

In another giant-killing episode, Kidderminster Harriers stunned Championship side Reading to reach the fourth round.

The Harriers, who play in the sixth tier of English football and were the lowest ranked team in the third round, scored twice in the second half to win 2-1. Their reward is a home game against West Ham in the fourth round.

Lights go out on Leicester

A problem with the floodlights at King Power Stadium delayed the match between Leicester City and Watford by six minutes, which was enough time for the home fans to come up with a new song.

After switching on mobile phone lights, fans burst into chants of “we’re Leicester City, we’ll play in the dark.”

Leicester were also pretty good when light was restored, scoring a comfortable 4-1 win and setting up a round-four clash against Nottingham Forest, who beat Arsenal 1-0 to progress.

Western Sydney Wanderers have been dealt a serious blow with captain Rhys Williams facing a long spell on the sidelines.

The former Middlesbrough skipper was taken off on a stretcher with a suspected torn hamstring during the Wanderers’ 3-3 draw against Melbourne City.

Wanderers had started well and Jack Rodwell, whose resume includes spells at Everton and Manchester City, scored his first goal for his Australian club.

Melbourne Victory found Adelaide United a tougher nut to crack when facing them in an A-League match just four days after their FFA Cup encounter.

Victory scored a 2-1 Cup win last Wednesday and looked to be heading for victory on Saturday when Nick D’Agostino put them ahead with a fierce drive in the 84th-minute. But Craig Goodwin volleyed home superbly in stoppage time to earn the Reds a point.

Victory, who have played seven games of a COVID-interrupted season, are top of the table, one point ahead of Macarthur FC and two points above third-placed Western United, who have both played only six games.

Tottenham Hotspur were hit with a double blow when they lost the first leg of their Carabao Cup semi-final and later learnt that Son Heung-min had picked up an injury.

Spurs were beaten 2-0 by Chelsea in the Cup semi-final but the injury to Son will be of even greater concern to Tottenham boss Antonio Conte.

Conte revealed Son could be out of action for the rest of the month with the second leg against Chelsea to come as well as Premier League games against Arsenal, Leicester and another match against the Blues.

Son has chipped in with eight goals and three assists for Spurs this season.

Which Coutinho has joined Aston Villa?

Philippe Coutinho has been reunited with his old Liverpool skipper Steven Gerrard by agreeing to join Aston Villa on loan.

Just which version of Coutinho will turn up at Villa will be made clear in the coming months. If he is anywhere near the man who played with such poise alongside Gerrard at Liverpool, the current Villa boss is likely to press for the loan deal to be made permanent.

But since leaving Liverpool in 2018 to join Barcelona, Coutinho has not lived up to expectations either in Spain or during a loan move to Bayern Munich in 2019-20.

The Africa Cup of Nations is up and running despite concerns over COVID-19. Host nation Cameroon kicked off their campaign with a 2-1 win over Burkino Faso, while Cape Verde beat Ethiopia 1-0.

Holders Algeria, who are unbeaten in 34 matches, will start their tournament against Sierra Leone on Tuesday (January 11).

Strict rules to avoid postponement of matches will force teams to play games even if they have only 11 players available.

Determined that the tournament will be completed in the scheduled time, the Confederation of African Football has also declared that nations unable to play a fixture will forfeit the match 2-0.

No way for Jose’s Roma

Roma conceded three goals in just seven minutes to blow a two-goal lead and lose 4-3 to Juventus in Italy’s Serie A.

The Jose Mourinho-managed side looked to be cruising to victory when Lorenzo Pellegrini gave them a 3-1 lead eight minutes into the second half.

But rapid-fire goals from Manuel Locatelli, Dejan Kulusevski and Mattia De Sciglio turned the game on its head before Juventus had Matthijs de Ligt sent off for a second yellow card when he handled the ball in the box.

Pellegrini had the chance to rescue a point for Roma but his penalty was saved Wojciech Szczesny.

French striker Karim Benzema took his Real Madrid goals tally to 301 after scoring a double in their 4-1 win over Valencia.

Vinicius Junior also scored twice for Madrid in a victory that has them five points clear at the top of the table.

Meanwhile, Dani Alves has become Barcelona’s oldest La Liga player after returning to league action for the club in a 1-1 draw against Granada.

The 38-year-old set up Luuk De Jong to open the scoring but Barcelona, who had Gavi sent off, were denied victory by a late Antonio Puertas equaliser.

Second-placed Sevilla kept up the pressure on Real Madrid with a 1-0 win over Getafe on Sunday.

After a three-week competition interval, a depleted Bayern returned to action on Friday and were beaten 2-1 by mid-table Borussia Monchengladbach.

Bayern had more than a dozen players unavailable, including nine who had tested positive to COVID-19, but still went ahead through Robert Lewandowski.

But the visitors to Allianz Arena snatched victory thanks to goals from Florian Neuhaus and Stefan Lainer.

It was Bayern’s first home league defeat since losing to Eintracht Frankfurt on October 3.

They remain six points clear at the top of the table after second-placed Borussia Dortmund scored two late goals to beat Frankfurt 3-2.