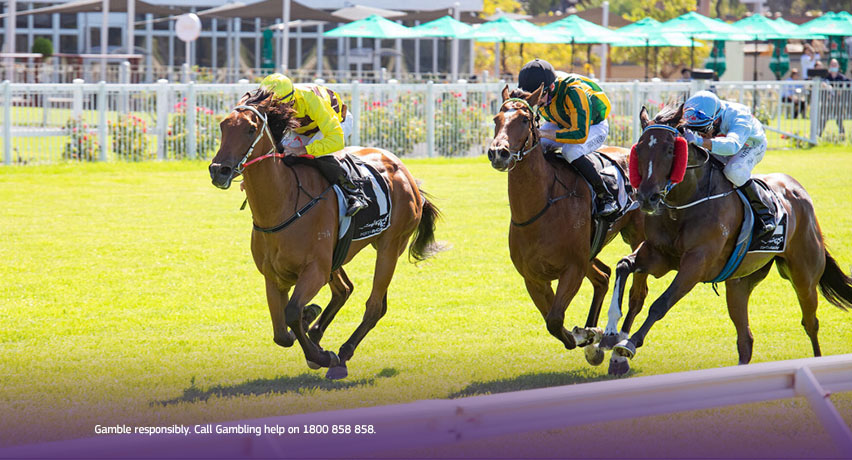 SHORT TALK is a hard going mare who showed grit last start when fighting back underneath Arracity to score. Is a bit of an all or nothing mare who seems far more comfortable when allowed to stride and allowed to find the fence. Expecting that Shaun McGruddy will cross Sichern to his inside and find the fence and from there she’s always an eachway hope in these sprints. ALIEN FROM MARS will be at the other end of the field, out the back and saved up for one last run. Peeled off a big L600 at her most recent and is a winner previously this track/distance/grade. SICHERN has come back in career best form having scored at both runs in this campaign. Should get every mortal chance. POINT TAKEN is particularly well placed into this grade. Liked both trials.

LOOPY’S BABY was drawn in the middle of nowhere on debut and Stevie Parnham gave her a great ride from a really sticky alley. Drawn far better here, strikes an even bunch of juveniles and should take huge benefit from the race experience. See no reason why she can’t position up right over the speed and if she reproduces her debut effort, or even her trial effort back in January, then she’s the one here. $3.50+ seems relatively attractive. CAPRICORN MAN has shown ability in his early career but where on earth does he get from his gates? Holding a lot of % for a horse unlikely to get a half decent run. OLAJUWON beat a handy juvenile at trials and looked professional. MYSTIC JANE wasn’t too bad at trials and from the draw should get a soft run.

PANZDOWN is four from four undefeated at the Ascot 1000m and was simply too classy for a very similar line-up last start when sitting three deep throughout under 60kg and toying with them late. He looks a Black Type sprinter in the making and from the draw he’ll again sneak up in behind them and then if he lets rip like he did first-up he’ll be going past them in the final furlong. ACROMANTULA was crossed early by Ziebell and found himself in an unfamiliar position in running. Thought he did a super job to get past him in the final few strides. ZIEBELL is a jump and run, all or nothing commodity. Only one way to ride him and that’s for pure speed. He’ll again look to attack and cross Acromantula. CHANTORQUE is probably using this as a trial for stakemoney on her way to the Marjorie Charleson.

STATE OF POWER was a strong first-up winner in a lowly C1. Beat handy filly No Dice and they skipped 5L away from the rest of them and understandably so. Went from that C1 straight into a 3 year old Plate and ran into sharp sprinter Spin The Knife, who last week was nabbed on the post in a 72+ when going round favourite. Loved the effort in defeat and this is a drop in class for her. Looks a great race on paper for her. SUPER EX chased the hot speed set by My Baby Blue Jean last start and while no match for Via Monte was still a super return. Historically improves first-up to second-up as well and should be right in the finish. FAMOUS JURNEY trialled super and will come out running. Speed inside of him with Shock Result and Olga Louisa makes it an interesting map for him. MATERIAL WITNESS is well placed back into a 60+ but isn’t an easy horse to ride.

TRIX OF THE TRADE has so far completed a clean sweep of the 3 year old features having won the Breeders Classic (1400), Challenge Stakes (1500) and Lex Piper Stakes (1600). With the 3 year old Black Type Set Weights and Penalties conditions he has reached his maximum ‘penalty’ and will carry 57kg again here, meaning that there is no weight relief for his rivals having been beaten by him last start. Makes it difficult to turn the tables. Stretching out again to 1800m is an unknown but he is doing everything right and continues to draw perfect gates. HENCHARD looks the danger on paper. Drawn to box seat behind Rokonori/Hear Me Sing and probably sits inside the favourite in running. Strong effort from the breeze last start. HEAR ME SING continues to run extremely well and looks like he’ll keep sticking on. LET’SDEAL has a reversal of the gear changes from last start. Improver.

FEELS DANISH is a throw at the stumps in the Natasha Stakes of 2022. From what we saw in the Ascot 1000 Guineas it’s going to be as much about staying the distance as it is about class in this year’s 3 year old company. We know that Feels Danish will stick out a strong 2200m and she’s a versatile filly who may well roll forward early and find the breeze. From there she’s a blow out hope at double figures and worth a speculation. CONSTANT DREAMING ran right away from them in the 1000 Guineas and from all reports (trainer and jockey) should only get better with the extra distance. CJP returns to the saddle and she looks the obvious. FINE ROMANCE kept coming late in the same race and may look to settle a pair or two closer here. UNI QUEEN has had no luck her last two. Improver.

TENA KOUTOU was back to his best last start when surprising most with a 40-1 victory over a mile. Was a talented 3 year old stayer who most were waiting to get to 2000m+ before considering this time in and he got under the radar and blew most out of the quaddie in the last leg. Now that he has found form, he should hold it, and should only improve with more ground. Looks ready to go through the staying grades this time in and should be hard to beat. CHICLETT is flying and her win in the Mt Barker Cup was arrogant. She’ll need the right back to follow three deep to take her into it but has a nice turn of acceleration. BLACK CHIPS and FRIAR AWAY are ultra consistent and both out and out old fashion stayers. The faster they go the better for them.

TRI FOR US gives Adam Durrant a genuine show at a race to race to race treble over the staying trips through Constant Dreaming, Tena Koutou and Tri For Us. She’s a fool proof mare who has rarely run a bad race through her entire career. She travelled like the winner throughout last start and chimed in at the top of the straight before running right away from them late. Piccola Signora came out and won on Wednesday to make the form look even better and she’ll park just behind the speed and enjoy a great run. CHILI IS HOT is placed brilliantly by Graeme Ballantyne. Hasn’t been seen in this grade for over a season and is a sharp sprinting mare. Not big on apprentices in staying races but she should go well. BIG BADA BOOM is going better than numerical form suggests. BARONOVA can come on quickly in the prep.

Suggested Bet – TRI FOR US WIN

CRISTAL DANE is in a rich vein of form and is simply thriving off being ridden for speed. Three starts ago was brave when three deep the trip without cover beaten in the final stride, two starts ago lead throughout at 1200m for a dominant win and last start at 1400m she absolutely smashed the clock and never gave anything else a look-in. If she skips around Ascot in anywhere near 1:22:75 again she’ll be awfully hard to run down. COMES A TIME looked to have found his race last start and then got caught up in a pocket at a crucial stage. Hit the line well and now steps out to 1400. WEAPONSON put the writing on the wall last start. New horse under Lindsey Smith and bursting to win another race. MINI WINNIE is racing brilliantly.

HOW’S THE SERENITY put on a galloping exhibition 7 days ago. Crossed from a wide gate, took a sit on the leader, popped off heels to breeze and then dropped a gear at the top of the straight. Won by 5L in pure style. Should find the front again and that’s where Holly Watson thrives. Was the win of a mare who was ready to go bang, bang, bang and string a few together. LIPSTICK FLICKERS drops in grade and sat three deep the trip last start and kept coming in the home straight. If she gets across to breeze outside How’s The Serenity she should be there in the finish. MOOD SWINGS is knocking on the door. Has raced without much luck so far this campaign. SASSY TRADER was a super run last week behind Express Time and Spin The Knife.