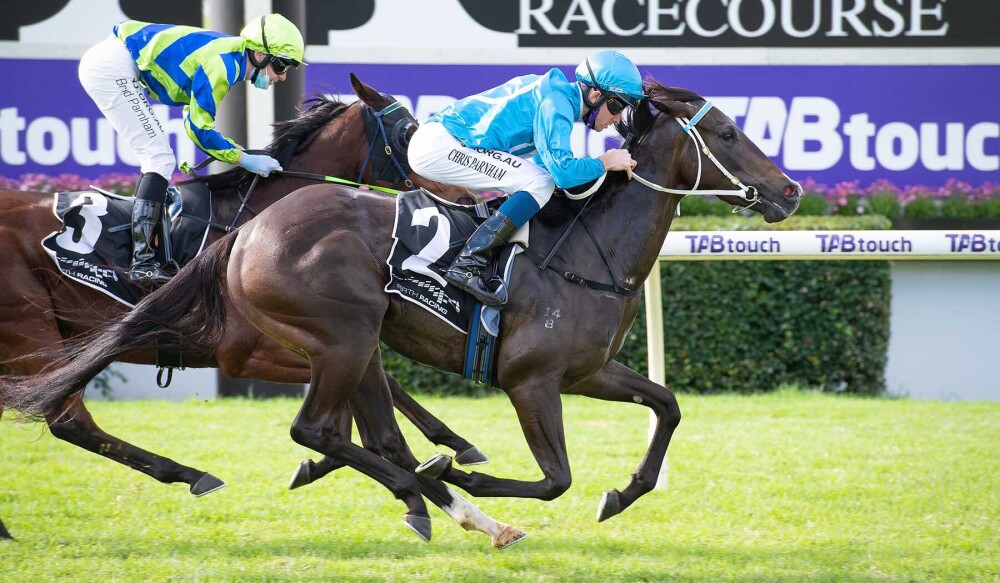 AL TINA resumes off a 7 week freshen up and went really well at her first two outings for the Michael Lane yard. Finished a narrow second to Belle Power and then a solid second to Miss Field who went onto bigger and better things in the campaign as well as Valency who won at her next outing in style. Should find a nice spot in an open maiden. SAINTLY CITY ran well on debut in a high quality 2 year old race and then struck back to back rain affected tracks. Trialled sharp without blinkers. QUILLOW ran really well on debut against some nice types. Another one who has been freshened. BETTER IN KIT loomed on Wednesday and just faded late. Backs up off 7 days and has a senior on.

LUCKY LANDING is going consistently well and looks to have found a winnable race. Don’t think he’s any star but he’s an honest customer who should land into a prominent spot over the top of the speed. Did a good job last start to make ground down the ‘wrong part’ of the Pinjarra straight. SNEAKY CHANCE is coming from exclusively Saturday 2 year old racing resuming as a 3 year old filly. Hasn’t been seen for a while but has had two trials to tune up for her return to racing, the most recent of them a big improvement on the first. Logical danger. ATABOY CHARLIE was scratched from Thursday to save for this. Nice trails over two campaigns. WOMMEL WOCK should park up on the speed and improve.

MARKET STRYKE should find the front and should be hard to run down. Has finished in the money at each and every start in his life and think the day he breaks through is likely to be with Holly Watson on his back and when leading throughout. Look for him to come across and have a sniff for the fence. HEAVENLY SKY gives the Simon Miller yard a two prong attack and expect that the filly will be popular in betting. Drawn far better second-up and hit the line really well on debut. Looks to have a future. ROMANCING THE ROCK never gave up the chase on debut behind Dangote. BAMBUN BOY caught the eye at his return to racing.

QUEEN OF JERUSALEM has put the writing on the wall at her two runs this preparation. She looks a staying filly in the making and she matched motors with Broadway Brenda up the entire straight last start. That filly goes to the Natasha Stakes on Saturday and if she finishes in the first half of the field it will look a great form reference for an 1800m maiden on a Sunday. Like the way she’s attacking the line. LADY CHANT is drawn really awkwardly but hit the line strong first-up. MYSTICAL BABE is clearly a work in progress but if she goes into the gates she’ll be thereabouts. TRUE MOON has chased hard first-up and second-up.

AMERICAN TROOP comes from the Listed Lex Piper Stakes where he ran fourth behind Trix Of The Trade, Hear Me Sing and Henchard, with those three gallopers heading to the JC Roberts on Saturday. Team Gangemi bail out of the feature event and go for an easier assignment on Sunday and he looks really progressive. Still has a lot to learn but looks to have X-Factor and raw ability. ACERMETRIC and WEE RIPPER are both rock hard fit and both come back to the 1800m which looks more suitable. ALASKAN GOD is likely to be hard in the market but took the entire straight to run down pretty moderate C1 opposition last start.

OCEANIC RIDER resumed without a trial at Pinjarra over 1300m where he lead, gave a kick, was challenged and just kept kicking back in the run to the post when beaten into third. Think that’s the right type of effort to see him salute second-up with added fitness and 100m less distance to run. Should kick through to hold Critical Altitude and from there they can control the race. CRITICAL ALTITUDE broke her maiden in a C1 last start and now has to carry 60kg and breeze. Definitely harder for her. DREAM EVIL trialled super for her return to racing and should box seat on them. WESTERN RHYTHM finds any bad luck if it’s there to be found.

CURRIMUNDI went from an Albany maiden straight into a 3 year old 0MWLY when finishing third behind the undefeated colt Rokanori and Black Fantasy. While Black Fantasy was beaten on Wednesday it was in a C3 and Currimundi finds his way to a C1 mile. Should position midfield with cover and looks to be an improving animal. ACT INNOCENT comes back into a C1 and might sneak under the radar. Clearly going well but also needs luck through traffic with her race pattern. COMEALILBITCLOSER always seems to find one or two better than him on the day. O’LARA’S PRINCE can reel off some slick late sections in his races.

SNIPPAGEM is a C1 filly in a C3 race, however, she drops down to the minimum, draws a gate and should be able to roll straight to the front and control the speed. Shaun McGruddy knows her well and rides front runners particularly well. Expecting her to lead and give a real kick on straightening. MEDELLIN has finally drawn a gate to get a half decent run. Going well and is worth consideration in this. IRRITABLE RODNEE has a 4kg claimer replaced by a senior. Normally those horses improve out of sight. NIIGATA was strong last start to hold them off.