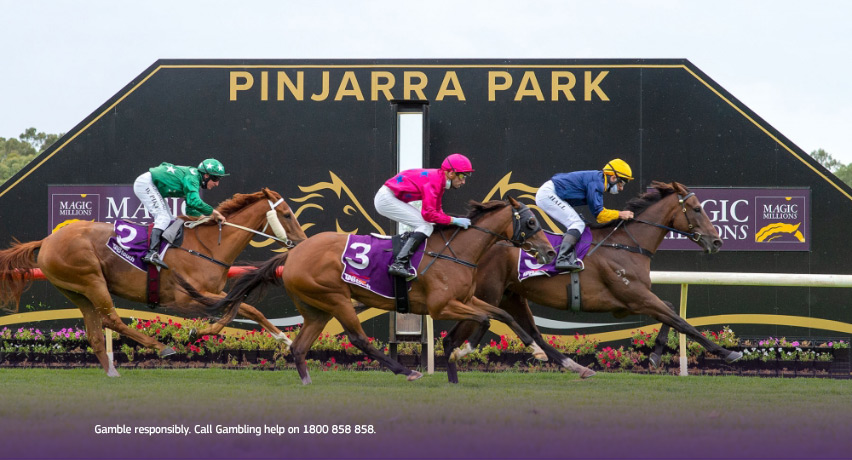 QUEENSHIP made her debut at Northam over 1000m and was solid when running third behind Strakin and Southstar. Went to another level on the weekend when thrown in the deep end into a 3 year old 62+ 1000 and finishing off powerfully down the centre on a day when it was tough to make ground out wide. Backs up off 5 days, blinkers on, looks the one. OZZY BOY has been hard in the market at most outings and has flashed potential. Drawn ideally. VICINITY is a long time maiden but Chris Willis has her going in career best form. PEARLCANTO is double nominated for Wednesday and Thursday. This looks the weaker option and if he starts here will be hitting the line hard.

POKER FACE is a lightly raced and improving filly. Big positive being a previous winner down the 1000m straight and if she can zip across to the outside fence is the one to catch. CABLE BOY made his debut for the Steve Wolfe yard in a 3 year old 62+ 1200m on a Heavy8 when drawn a wide gate and dragged back to last. Was beaten 8L but still looked an impressive effort in replay. The form has already held up through All Day Session. TO RISE AGAIN is continually knocking on the door and looked the winner for the majority of the straight last start when narrowly defeated. Hard to fault. SCANDOLO is drawn on the wrong side but has run some nice races previously fresh.

DENIM WARS makes his return to racing nearly a year to the day since he was last seen when running third behind Champagne Diva and Popcorn Tender. Those names don’t really jump off the page but the debut effort behind Queen Brown was equally as good and that race contained the likes of Our Boy Dylan, Kerman Rock and The Verdict. Liked the recent trial, drawn a gate to work with and Chris Parnham jumps aboard. SPRINGSURE LAD was an enormous run first-up but is likely to do it just as tough from another horror barrier. BLAZING AWAY was a sharp improver last start and might find the front in a race without much speed. SPIRIT ROSE didn’t show up on debut. 2 year old filly against the older horses from Simon Miller’s yard. Watch for any sprinkling of money.

VALBANI looked handy at trials and then took it to her race debut when catching the eye behind Choice Bid and Forty Niner in a race which was dominated from the front. If she can hold a position in running then should be making a contest of it at an eachway quote. WISE CRACKER was a tough watch for backers last start when held in a pocket at a crucial stage and only getting out late in the race when Le Grand Risque was swamping them. Likely to roll forward and be put into the race. THUNDER OF GUNS was impressive in the most recent trial when winning by a space. Keep safe on debut. SIR RACHELOT was working hard in a high speed maiden last start.

WINGS AWAY looks to have found a suitable race for the inform Vern Brockman yard. Allez Allez, Ginger Baker and Wings Away are all going great guns at the moment and this filly is knocking on the door. Finished second to Jedi Mind (beating home Celebrity Man), ran third to Saigon Sizzler and subsequent winner Memorable Miss and then was 32 days between runs when running a big race in defeat behind Hell Raider. From the draw gets her best chance yet. BETTER IN KIT has not been a great mate to punters so far but it is hard to knock her form. Paul Harvey aboard could be the difference. Can improve these types. ARTIENNE relished the wet track last start. RAN A RED LIGHT was eye catching first-up.

DECOY BELLE resumed first-up at 1500m on a Heavy8 track and loomed the winner down the centre before fading on the run in the last 200. Buster Bash goes to a C1 at Belmont for a sighter into the form and Memorable Miss made a mess of a small maiden field at Northam last Thursday. Writing on the wall and could be back to back for the Earl of Vasse and his man Boy Hill. RED DWARF was impressive last start when getting going late in the race. POSTER ART backs up off 7 days from a fairly one paced effort last week. Expecting him to get better and better with distance. GRATIAS DEO has done nothing wrong so far this prep.

EMPIRE REIGN is a difficult horse to assess. 29 days since his last run, myriad of gear changes, new stable and the kind of horse who if he reproduced his early 3 year old form would be a standout. Winner of a Belmont 1300 2yo 0MW, second to Em Tee Aye in a 1200 (beating Panzdown), and luckless in three Listed Races at Ascot over the Summer Carnival. Market likely best guide but we’ll roll the dice. STYLAX was every man and his dog’s best bet last start and duly saluted for the entire country. Looks a progressive and improving type. JUST PEACHY demolished them and seemed to thrive on the rain affected surface last start when a dominant maiden winner. PICK YOUR BATTLES has always had ability but clearly had issues. Recent trials hard to ignore. Bit of Ay Tee Emm about him (sets alarm for fixed odds market release).

HIP WIGGLE is really starting to hit her straps for the Michael Grantham yard. Won well at Kalgoorlie over a subsequent winner in Miss Zedel and was given the run of the race in a Saturday Westspeed Platinum race by Chris Parnham when nailing Speedy Miss late in the race. Always wary of the 58+ form but with Speedy Miss running well behind The Spruiker on Saturday we’ll trust it and side up with the in form mare. ALLEZ ALLEZ won with a leg in the air last start and has always shown glimpses of promise and ability. Just needs some luck from a tricky draw. BEANIE is a bit of a non-winner but with the weight relief, wet track and quick back-up is a top 4 proposition. SUPER TEROITOA can cross them and if they leave him along in front, he’ll give a big sight.