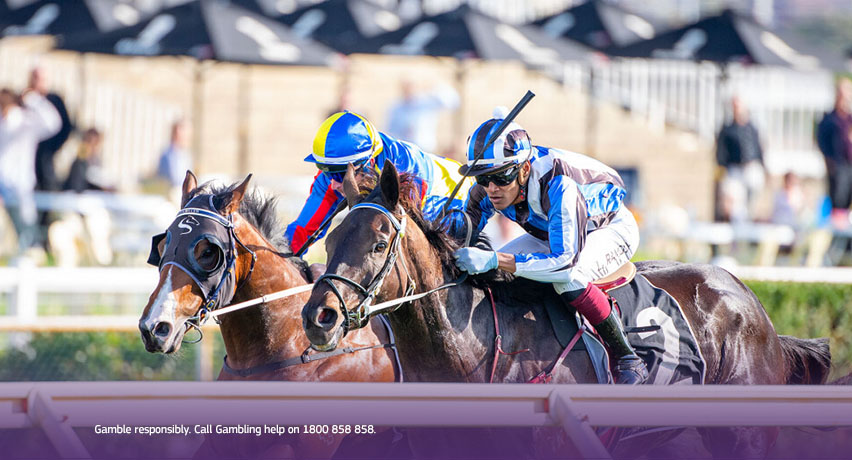 TAKEMEHOMETONIGHT is having her first start for the new yard after she was purchased at the recent Perth Winter Magic Millions sale by Martin Allan. Had two starts this preparation, both on rain affected tracks, and in both she was well supported in betting and gave a sight on both occasions. Ran second to Pink Carats (subsequent second to Vane Tempest) and then split Stylax and She’s A Sweet Deel last time out. Back to 1000m, looks a big chance of leading throughout to victory. SOMETHINGREADY was something beat last start. Tracked up in behind them and never saw daylight until the race was over. Clearly knocking on the door. HOT TONIC is on debut and chased hard under no pressure at trials. THE INVISIBLE MAN was a great trial back in March.

GHOBELLA did all the work in the breeze last week and swept to the front turning for home. Was left a sitting duck and was run down in the last 100m to finish a brave fourth. Backs up off 7 days, drops in grade from a 3yo 0MWLY into an all age C1 and carries the exact same weight after the claim for Laqdar Ramoly. Excellent placement and should enjoy the run of the race tracking the speed. BUSTER BASH looks the logical danger on paper after running into two handy Cerise and White fillies in Dark Lass and Memorable Miss in recent outings. Should find the front and get it soft. SEE YA CHAMP is going well but is proving a hard mare to catch. FLETCHER ROAD has been back to trials since the Aquanita and has a set of shades added.

MOUNTAIN ASH, CANNY JACK and GROUND BRAKER come from the same Saturday 1400m race behind emerging filly Searchin’ Roc’s. That looks the strongest form reference in a wide open and even 2 year old midweeker. Siding with MOUNTAIN ASH who was setting from a 1000m dash straight into the 1400m and loomed the winner turning for home. Should land a similar position in running and looks a live hope. CANNY JACK found a stack of interference in the same race and was charging late once he got out. CHEERFUL MOMENT caught the eye at his WA and Australian debut and has since trialled up strongly. GALAXY CAT dug deep to grind down Vranyo last start.

KARIJINI AURORA has raced in exclusively higher grade since winning a 58+ at Albany to make it three wins from her first four career starts. Since then has run third to Kay Cee and Laverrod at Listed level and raced in either Listed, 72+, 66+ or 60+ grade her next 10 outings. This is a massive drop in class for her and she gets her best chance in months to bounce back to winning form. Only two starts ago finished 3L off The Spruiker and Playing Marika. Cream to rise to the top. STELLA FAIR is a Kalgoorlie maiden winner but did run well behind Cross Statement, Ghost Who Walks and Memorable Miss two starts ago. CORNFLOWER put in an uncharacteristic shocker last start and has since trialled. PHANTOM’S STAR wasn’t that bad first-up and if jumping cleanly can take up a position.

IRRITABLE RODNEE is only coming from a lowly C1 but he sat over the top of the speed working throughout and the longer the race went the more impressive he was. Doesn’t look to have a great deal of point to point acceleration but if Shaun McGruddy can get him rolling from the 600 he’ll take running down. HOLY GHOST jumps off the page from a form perspective but there are some serious trust issues building. Clearly the danger but struggling to break through. OXBRIDGE enjoys the run of the race from the draw. ARTIE’s COMET is racing well for the new yard.

CROSS STATEMENT like the Jim Taylor yard has hit a purple patch of form. Broke maiden status in dominant fashion at Northam before stretching the neck of Ghost Who Walks in a hot sectional race (2.5L faster than average for this grade). Stepped into a 3 year old 62+ last start, sat in the breeze and fought on bravely. Secret Plan and Nobel Laurence look like genuine Saturday types and further back in the field was last weekend’s plunge winner All Day Session. Right form, right map, eachway price. MISS VASARI is a nice filly resuming. Awkwardly drawn but has shown versatility in her short career to date. HOT MIX ran well down the 1000m straight on return and can stalk the speed. GHOST WHO WALKS enjoys every favour from the draw.

FOREST WAR proved last start that the wet tracks are of no concern to him when pulling late ground off speedy mare Olga Louisa at 1000. Tricky draw to contend with but with the cutaway rail in play they should all fan for home and Laqdar Ramoly can pick his way through. Looks a different horse in blinkers. FIRST LAW pulled up with excuses last start in a much tougher race than this. Forgive and forget, previous form excellent. DIABLERIE simply doesn’t run a bad race. Rising 9 year old who is still racing with great heart. Loved his run when resuming. ZEPHYR QUEEN can be hit and miss. Her best is good enough and her best is usually when getting across to the breeze.