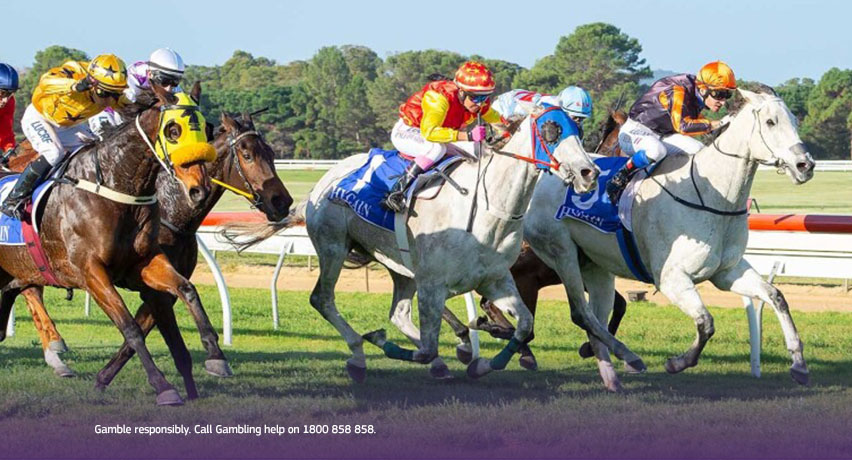 TAKE ME THERE gets a wonderful opportunity to break through in this very thin Pingrup (Albany) maiden. Run two starts ago beaten 3.8L by Back In Blue, Finest Clobber and Wicked Cool reads up well for this. Think she can get punters off to a flyer. POLO KING has had 11 starts and only run the one minor but comes into this fresh and is drawn inside. IMA BLUEBLOOD will keep whacking away and from the gate can take up a forward position. GINGER BREADHOUSE next best.

Suggested Bet – TAKE ME THERE WIN

CANDLELIGHT STAR is an 11 year old who has been out of form for while but looks to have found the most winnable race he has seen in a long while. Last start at Barker he flashed home late to finish only 2L off Lacevinsky and Sweet Snitty and actually beat home his stablemate and main danger here in Long Knife Brother. Who can’t he beat him again? LONG KNIFE BROTHER is back to Albany and his track/distance stats are imposing. He looks the logical danger and might give Des Attwell a sneaky look at a quinella. ANY GIVEN TIME has been going well at Esperance and can take it up. VICIOUS VILMA tracks around on the fence.

FRIAR THE GUN finished third to Showaddywaddy over 1600m in a C2 only four starts ago. Not much has gone right since then, including last start when sent to Pinjarra for a C1 staying event. Everything went wrong for Bec Wallrodt and Jett Stanley and now with a senior rider back on and coming back down to Albany could be a big improver and could be forgotten in markets. METEOR LIGHT should work his way to the top and horses are running for Cassey Martinan at the minute. Keep safe. ODDONEOUT should have gone closer last start. Still a maiden but knocking on the door. ROCK OF KAHA will keep coming.

LADY STINGRAY is a fresh mare. 2 of her 5 wins are first-up, another 2 of her remaining 3 career wins outside of that are second-up. So if you’re ever going to catch her it’s early in the campaign and she might well have targeted this race meeting. Jump and run kind of mare who will probably have to track Modern Times but is capable on her day. MODERN TIMES looked like he had run them into the ground at Kalgoorlie last Saturday before hitting a brick wall late. Back to 1000 suits. IBIZA can sit in behind those speedsters and enjoy a lovely run. COMBAT READY needs further.

GIFTED WARRIOR looks really well placed by Roy Rogers into the 2022 Pingrup Cup. Coming from a 58+ last start where he ran fourth behind Artie’s Comet, Hip Wiggle and Talented Escape he now finds himself in a 62+ with only 53kg after the claim for Austin Galati. Can position himself over the speed and if Greco attempts to roll he can park in behind him and track his every move. GRECO is a hard old horse to run down when he is allowed to lead and dictate in his races. STRIKE FORCE is the class runner and 62kg is a winnable weight for him. HIGHFRIAR next best.

BRAVE CONTENDER looks to have found his race. Enormous four starts when wide the trip and going down bravely behind Inflation, fourth at York in a race where they broke them open early and were left sitting ducks late, third at Albany in a 58+ behind Count The Sessions and Hoolahoops two starts ago and then outclassed in a C3 at Pinjarra behind Strike Now on the Scarpside. Back to Albany, back in grade and drawn to lead or box seat. Great race for him. OXBRIDGE is better than what he showed first-up and this is a far easier assignment for him. Looks the danger. FLY BETTER is going well but this is a step up. BABBLE an improver at odds.