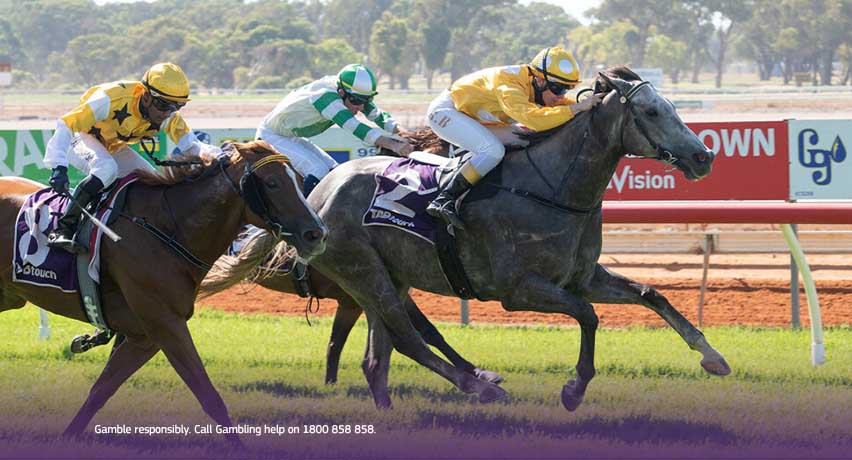 SLEIPNIR is having his first start in WA for new trainer and first-up specialist Sean Rains. In the last 750 days Sean Rains has produced 23 horses first-up for 8 winners, 35% strike rate and 141% POT. He is a genius with these tried horses and invariably if they’re going to win a race for him it’s first-up in the campaign. Ran third at Bendigo on debut as a $3.50 chance, worth consideration. IT’S MY CHOICE had a 400m jump out in May of 2021 and then another 400m jump out in November of 2021. Makes her debut in March 2022 without a public appearance and the market will clearly be the best guide to her winning chances. Very hard to line-up but the majority of these have had their fair share of chances. BOLD PROPHET is similarly on debut, first-up without a trial. REDWOOD RANSOM tries hard.

QUIDS won a trial at Lark Hill when leading throughout and then went straight into a hot 3 year old 0MWLY first-up behind Metallon and Harmika. Now finds herself back in a Geraldton maiden and carries the exact same weight as she did in the metro 3yo 0MWLY. Troy Turner rides and if she can bounce on the lead, she might be hard to beat. CAPE CHOICE will get out over further and further into the campaign. Can sprint well fresh at 1400. DENTED ROMANCE was definitely better at her most recent trial. Hadn’t shown much before then. LEAD GUITAR will keep whacking away on speed.

BE SEATED gets his chance here with the 4kg claim for Luke Campbell and the 3.5kg weight swing on main rival Passport. The draw is awkward but he does the majority of his racing from off the speed anyway so provided he gets some level of luck he can chime into this in the home straight. Really good race for him. SURVEILLANCE has shades back on and Keshaw Dhurun back on. Two big positives and finds a race where he can lead. PASSPORT beat him home last start in the race behind Frosty Belle. Does meet him 3.5kg worse at the weights and is also drawn really sticky. POPCORN TENDER should be about ready and is drawn the inside.

ONE FOR THE ROAD looks really well placed by Adam Durrant into this 58+ mile. He was able to win a 58+ 1400 at Geraldton two starts ago and then ran well enough in a C3 at Pinjarra to suggest that coming back to the country he’s the one to beat here. CJP riding like a demon and from the barrier he should be settled midfield with cover. Should have these covered. HONORFIC was flying a couple of months ago. Then was scratched and now has bars on and is 61 days between runs. Big red flag raised. ARABIAN RICHES is back in form and is drawn the perfect gate to get a soft run behind the speed. STOCKTAKA should be nearly ready. Expecting a flurry of money for him soon. Looks to be building.

Suggested Bet – ONE FOR THE ROAD WIN

BLACKWATER BAY vs TRI FOR US makes for an interesting Adam Durrant clash on paper. They look to have the edge over the locals and are both relatively classy types for this kind of race. BLACKWATER BAY and CJP is the way we’ll side up but only narrowly. Won well in an 1850 at Barker last start off 40 days and comes into this off 29 days. Always promised to go through the staying grades and this might be his preparation. TRI FOR US was stiff not to go closer on Saturday at Ascot when working her way through traffic at various stages of the race. Backing up off 6 days and beautifully placed. STRONG HEART hasn’t seen the minimum in 10 runs this preparation. Definitely helps him. BLACK MONEY is an out and out stayer. Big weight dropper too.

ELIMINATE looks likely to work her way through the grades this preparation in Geraldton. She went to a Champion Fillies and a WA Guineas in her 3 year old days and is two from two since arriving at John Reynolds stables. Always going to need a bit of luck or a really good ride with her racing pattern but there’s no doubt she’s flying and classy. PIT TO WIN was the target of massive money fresh. The second-up run is probably what punters were hoping for first-up! ADMIRAL HUSSON should be suited to the Simone Altieri ‘Kenyluck’ style of riding. GESSATO can be forgiven for last start. Previous win was great.

FOXY SON went around $3.10 on debut when meeting with really good betting support and was a narrow second behind Yeman Lass in an 1100 at Northam. He ten bolted in a Geraldton maiden and was tipped out. Resumes here off the back of two trials and from the inside gate should push through underneath them into a prominent position in running. EDMOND has his first start in WA. Only three starts ago he won a C3 at Goulburn and at his last start in NSW he finished third in a BM68. This is great placement by Gordon Spowart to sneak him into a C2 at Geraldton and he has tactical speed to get across from a wide gate. If he’s ready to go fresh he should go very well in this. DEMERITISE is going well but is about on her mark. ASK AN ANGEL bolted in at her return.