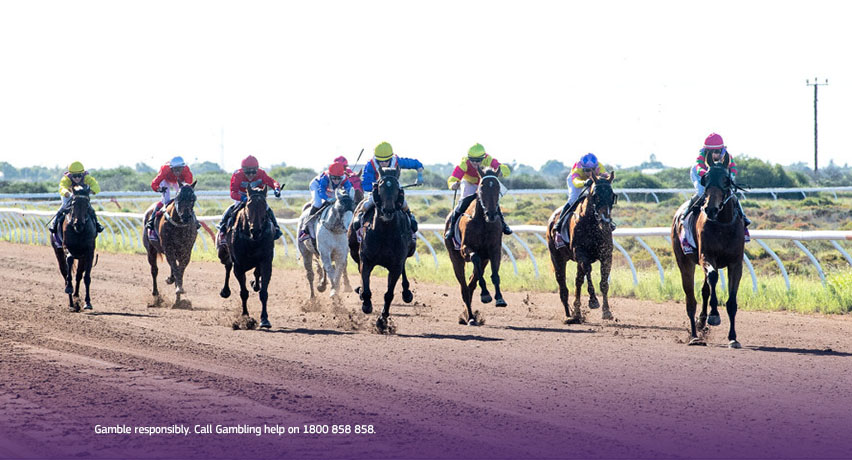 LOYAL ROMANCE looks really hard to beat in the opener. Opening meeting got back, got caught up in traffic and still finished off well at 1000. Second start at Carnarvon was again awkwardly away yet finished 1L off Shamara and Bondonna (both since C1 winners) and then went to Pinjarra when beaten 5.5L by She’s Puzzling (now a 58+ Westspeed Platinum winner). Has been to a mile previously on the East Coast and returning to Carnarvon and with Lisa Staples riding ticks all the boxes. DUCHESS DREAM should only improve for the outing and the dirt experience. UNIBELLE hasn’t been seen at the races for 551 days. Might need the run. MAN FROM MEMPHIS is a long time Carnarvon maiden but still next best.

CYCLONICAL was the target of big support at her first start on the dirt in Carnarvon. She was afforded absolutely no favours and was no better than four and five deep the trip. Thought she did a good job to keep fighting on and she’s arguably better suited at 1000m. Nice pick up ride for Brandon Louis and thinking that she’ll take beating here. PASSPORT is first-up and drawn barrier 1, that can often be the undoing of horses at Carnarvon. Grass form is excellent but will it translate across to the dirt. POP THE MOET hasn’t been seen for 41 days but up until last start was racing really well. AMELIA’S CHANT was strong last start.

CAN’TCATCHTHIS, OUR INSIDER, MORDOR, HERITAGE SASH, KRAMDEN and BEHROOZ all have legitimate winning claims in this event. Hard to really split them up, they all go well at Carnarvon, they all have speed and they’re all in good form (or resuming in Behrooz’s case). Going to side up with the 1000m specialists and stick with CAN’TCATCHTHIS. Since winning in style has been down in Perth and running really good races on the grass. Capable of burning at both ends of her races. HERITAGE SASH got the job done and made it two from two at Carnarvon 11 days ago. See no reason why he can’t win again. KRAMDEN hasn’t been seen since his dominant opening day win. BEHROOZ is a Carnarvon 1000m specialist.

RED EPIC has been jumping really well and rolling to the top in his races. Finished in the money at all three starts in Carnarvon and two of those three have been in 56+ company. Should roll across to the top again and run his usual eachway race. NERO CHIN CHIN is hard to fault. Seems to have come back bigger and better this time in and the Zach Tyler yard is unstoppable. Season to date: 15 starters, 6 winners, 40% strike rate and 15% POT. Imagine that POT if Mystical Man didn’t go round so short earlier in the preparation! Does lose Tash Faithfull and that’s worth lengths. SUPERLOVE looks just about ready. Has the dirt kilometres in the legs now and is knocking on the door. SUNDAY GIN an improver.

WELD looks to have found his race. With no Tash Faithfull the loyal Carnarvon jockey challenge punters will be lost but it may pay to put your faith in Lisa Staples and this looks one of the best rides on her book (+Loyal Romance & Can’tcatchthis). First-up finished second to Test of Strength (subsequent winner), second-up finished 1L off Calabria Joe, Klondike Kenny and the Divine Wind in a 64+ and then went to town with Tom Pike’s travelling team and wasn’t disgraced at Belmont. Back to 1200m, back to the dirt and back to a 56+. Lisa on is the cream on top. SCOTOPIA wasn’t too bad and is better suited at 1200m second-up. Looks the danger. PRINCE SAIYAN could well find the top here and roll along. ZETORIO has his first start on the dirt. Will need to jump.

REGAL CITY looked a special on paper if he could handle the dirt at his first attempt. Got out to a remarkably good price and absolutely demolished them. He was coming from a 60+ WA Day Cup at Northam into a 56+ at Carnarvon. His metro to country rating conversion was a gift and he looks more than capable of winning again. Not an easy horse to get out of the gates so not as confident in this event without Faithfull and he’ll likely be half the price he went round last start. CAPE SOUNION was plunged in that same race and was simply no match for Regal City. STRONG HEART showed something late last start. SPEED N REEF is going super. He’ll have to retire on 1 August, imagine the scenes if he could pinch another one.