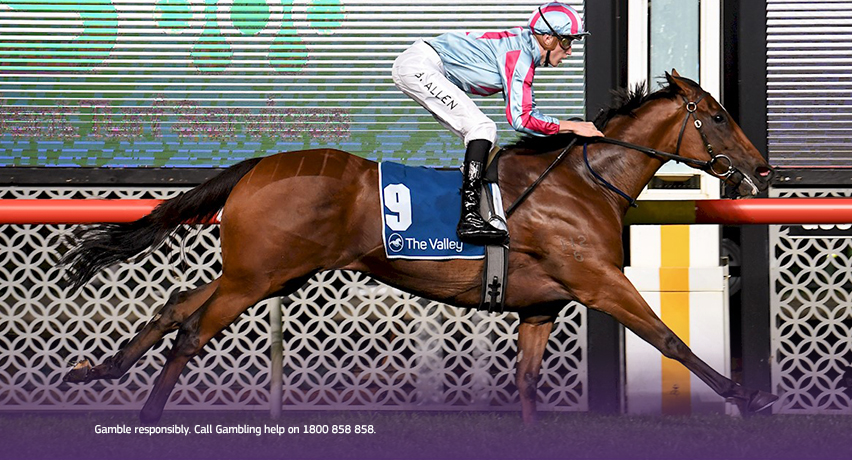 SWEET KAROLINA has been freshened since her summer campaign and appeals at each way odds when she contests the Benchmark 64 Handicap (1200m). Whilst the four year old has form up to 2000 metres, it is becoming increasingly apparent that she is best suited as a run on sprinter in fast run races. The chestnut was given an easy jumpout at Flemington last Friday and she performed smartly suggesting that a bold showing is on the cards. Champion rider Damien Oliver has enjoyed success previously at The Valley aboard SWEET KAROLINA and they combine again in what looks an eminently winnable race.

FLYING MASCOT has been one of the stars of Melbourne’s autumn festival of racing and looks the one to beat again when she contests the Sunline Stakes (1600m). The Tom Dabernig trained mare ran a brave first-up second behind the multiple group one winner PROBABEEL in the Bellmaine Stakes (1200m) at Caulfield on February 12 before consecutive wins in the  Mannerism Stakes (1400m) at Caulfield on February 26 and then the Matron Stakes (1600m) at Flemington on March 12. She was a winner at this track and distance in the Tesio Stakes on Cox Plate Day last year and emerging rider Blaike McDougall again takes the ride. She’s ideally placed to record her 7th win from 14 starts and represents one of the best bets of the night.

The unbeaten flying mare MARABI is aiming to extend her unbeaten run to eight consecutive victories when she tackles the Group 1 William Reid Stakes (1200m) and it looks the perfect race to achieve it. The daughter of I Am Invincible rose to group one level in last month’s Oakleigh Plate and produced a performance of sustained speed to dominate that race and show that she is well up to this class. She has had three previous runs over The Valley 1200 metres track for three dominant victories and she seems to relish the turning circuit with her dominant racing style. Her win in the Oakleigh Plate elevated young rider Ben Allen to his first group one success and he can quickly add to his tally at the highest level with a win here.