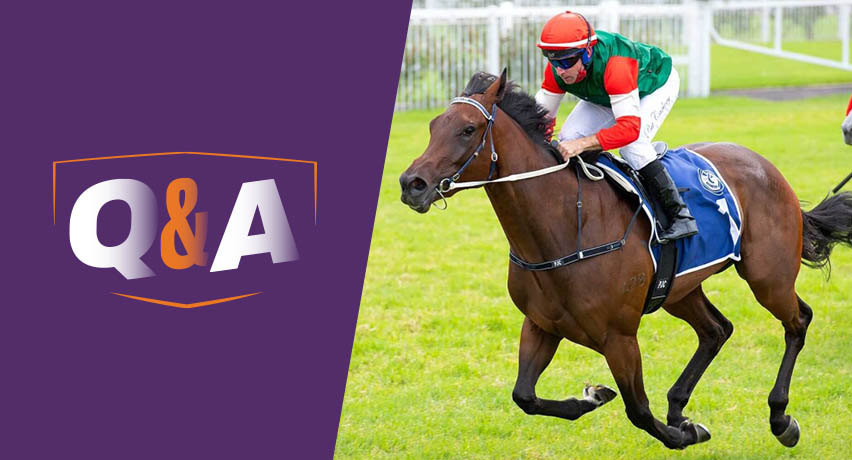 DB: Let’s get the most important thing out of the way first. How many footy tips did you get?

DB: Well done. Where did you go wrong?

TC: Essendon (very wrong), St Kilda and North Melbourne. I’m in front of you, yes? Where did you go wrong?

DB: We haven’t got that much time. Like you, I fell into the Saints and the Kangaroos, who are playing our WA sides this weekend, also GWS I went for and Richmond, who I thought were pretty ordinary against the Blues.

TC: Which team caught you by surprise, either pleasantly or negatively?

DB: Carlton without Sam Walsh in Michael Voss’ first game were really impressive after standing Richmond a start. On the flip side, the Tigers disappointed me. Geelong were particularly slick. They clearly have upside considering how many good players were missing. What about you?

TC: Essendon’s lack of competitiveness caught me off guard. I might have overestimated their midfield, I thought it was strong enough to carry them into the finals picture, but their inability to apply pressure to the opposition was damning.

DB: How did you view the efforts of Fremantle and West Coast?

TC: Fremantle had to go to Adelaide and win in any manner they could and they did that. Although it doesn’t look good on paper, it will be a huge confidence boost winning without Fyfe, Darcy and Taberner. The fact Serong, Young, Chapman and  Switkowski stepped up is a massive positive. I thought West Coast showed plenty of ticker. The personnel missing restricted the way they wanted to play you would think. They weren’t horrible. Add Shuey, Kelly, Ryan and Darling to that side and it’s fair to say all is not lost this season. What did you make of the WA sides?

DB: Like you, happy for Freo fans that their side got the points. It could have been easy for them to roll over when they were headed and away from home, but they found a way which is what good teams do. They can bounce off that. As for the Eagles, they just ran out of petrol tickets. If they can replicate that effort this week, they’ll be beating North Melbourne with the players you mentioned returning. Do you agree with that and can Freo improve to 2-0 by taking care of St Kilda?

DB: Right, let’s focus on the racing from the weekend just gone? What stood out most for you, either here or on the east coast?

TC: Honorable mentions to Zaaki and Anamoe, but the two-year-olds took the cake. Fireburn’s win in the Golden Slipper was amazing, you had to see it to believe it. And Amelia’s Jewel confirmed that we might have the next superstar of WA racing on our hands. How about for you?

DB: Hard to disagree with that. Two-year-olds just don’t win big races like Fireburn did. Full credit to Gary Portelli and Brenton Avdulla, it was great to see. As for Amelia’s Jewel, the race sat up perfectly for her the way it was run, but the manner in which she lengthened in the straight was elite. She’s going to stifle the Karrakatta market from here on in. Were you taken by Zaaki’s All Star Mile triumph?

TC: Visually yes, but we probably didn’t learn anything new about the horse. He is a superstar after all. I just have concerns about the format of the All Star Mile and the traction it’s getting for Racing Victoria. Do you think it needs a rejig or a refreshment?

DB: It probably does. You’d like more horses in the field to have more of a chance of winning than we have witnessed to this point and you would like horses who are voted into the race to actually take their place. How you go about ensuring they run if the public votes for them, I’m not sure. Verry Elleegant was voted into the race, but bypassed it to run in Sydney. She was  runner-up to Montefilia on Saturday. Thoughts?

TC: It probably says more about Montefilia than it does Verry Elleegant. I can certainly make the case now that Montefilia is a genuine star mare, who is continually overlooked when discussions are held about the top-class horses here in Australia. Did your opinion of Anamoe grow with his win in the Rosehill Guineas?

DB: He’s a ripper. He was settled in his parade and raced like a professional horse there on the weekend. It was a soft win and a win of a brilliant colt who is going to make connections a lot of money before he retires and then when he heads to the barn. Hopefully all these high-class horses over there in Sydney can meet in the Queen Elizabeth during The Championships. What about Shelby Sixtysix’s Galaxy victory? That was good for the soul, yes?

TC: It was great, especially when you had an each-way investment on Big Parade and he runs second. Unreal. In all seriousness, horses aren’t meant to elevate and hit the peak of their form at this stage of their career. It is a massive credit to the horse and his trainer Danny Williams. He’s now a Group 1 winner and has already this campaign beaten Nature Strip. How you can possibly discard him in a TJ Smith?

DB: You can’t. If he gets a wet track in a TJ, you’d be a brave person not to have him in your numbers. Talking of futures markets, Sheeza Belter’s trial last week at Randwick looked really encouraging? Is she capable of measuring up over there if she ran in a Sires’ Produce Stakes over the 1400m?

TC: If she’s $26, can I say the market says no? I would have said no before the trial, she hit the line very well chasing a tearaway leader and she’s always given the impression 1400 and 1600 is going to be her best trip. Have I sat on the fence well there?

DB: Absolutely you have Splinters. Like you said though, she trialed really well so here’s hoping she comes on from that and flies the WA flag in whatever she contests. Talking of the WA flag, Inspirational Girl is heading north to contest the Doncaster Mile. Can she make a splash in that famous handicap?

TC: She’ll have to make a splash because it will probably be wet like all other meetings up in Sydney this time of year. The closer to a good track the better because her best asset is her turn of foot. She gets in with a really light weight with a jockey in William Pike who knows her very well. She can absolutely play a part at $11.

DB: Now, can you leave us with a winner or two either this week or over the weekend?

TC: I loved the toughness Sydney showed against GWS on the weekend and I think at home against Geelong on Friday night, they’ll be winning. They are currently around the $1.74 quote. I think that’s a really good bet. You don’t get away that easily. What are your thoughts?

DB: Like you said earlier, West Coast should be winning if they get those players back. Provided they do, they will start favourites and they will win.