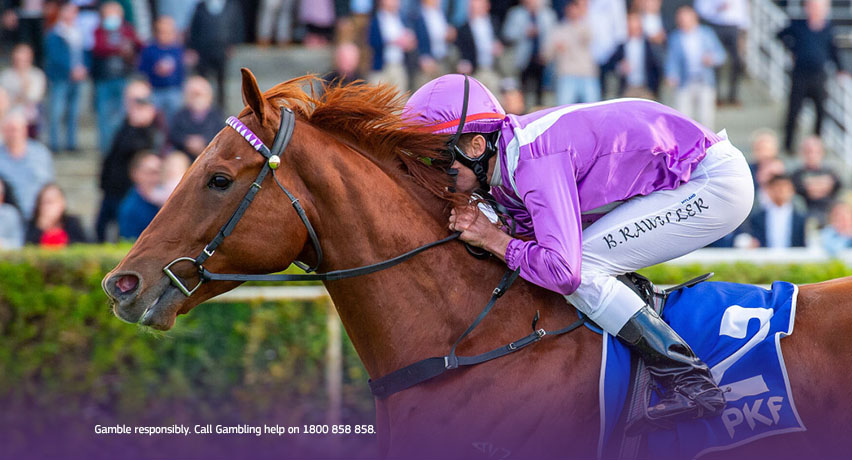 DB: Now TC, is it correct you got eight tips right in the football? I’d hope it is given how many times you have mentioned it this morning.

TC: As we’ve previously established, you write the intro Digby. But if you wanted to call me beach balls, that’s ok. In all seriousness, it was a good weekend on the tip. The Saints’ win over Geelong helped considerably. Are you starting to question Geelong yet?

DB: Not yet, but they wouldn’t want to be giving up too many 22-point leads midway through the third quarter like they did on the weekend. Their lack of ruck depth was exposed obviously by St Kilda so that is an area of concern. Talking of concern, are you worried about Fremantle and their loss on the Gold Coast?

TC: Not worried, but no doubt they had an off day. The game set up perfectly for the Gold Coast, with the weather making it a contested scrap and the Suns love that. They were more familiar with the conditions and Fremantle didn’t execute like they have been. The good thing for the Dockers is they return home to play Collingwood on Sunday and the Magpies are struggling to defend opposition ball movement. You’d be surprised if they didn’t get back on track.

DB: So, you still have the Dockers as a top-four contender?

TC: Correct. They are behind Melbourne and Brisbane, who are a clear 1-2. I think the argument around the fourth-best team in the competition at the moment is an interesting one. I have Sydney in that spot ahead of the Blues and Saints. How did you see the pecking order?

DB: The same as you. The Demons and Lions are in really good nick and deserve the top two spots. As for the Dockers, they bounce back this week and will be 8-2 with a healthy percentage. Sydney’s best is very good and perhaps has them just in front of Carlton and the Saints, who are going to have to make do without Jack Steele for the next six weeks because of that AC joint injury. If you have Sydney just in front of the Blues, are you tipping them to win their encounter on Friday night?

TC: It’s a fascinating match-up with the Blues’ strength around the contest and clearances against Sydney’s weakness, but the Blues have to back up off five days which might just give Sydney the edge.

DB: So I’ll ask again. Who are you tipping? Sydney or Carlton?

TC: It’s Monday … I’m not committing to a tip just yet. Who are you tipping?

DB: Leaning towards the Swans at this stage. Cannot wait for the teams to come out. It’s comfortably the game of the round for me with huge implications. Carlton will be thinking a top-four finish is well within reach if they can win.

TC: Before we get to the Roma Cup, is there anything for Eagles fans to take out of yesterday’s performance?

DB: I actually thought they had a crack early and in the second and third terms and then the dam wall broke, which can happen against Melbourne. The final margin was about what we expected. The gulf in class was enormous. How did you view it?

TC: Not much for me to add. I think the game went as most expected.

DB: Can you make a case for them against GWS on Sunday? They are currently $6 with TABtouch.

TC: Working in the Eagles’ favour is GWS aren’t exactly travelling well. But at home for a new coach, you’d imagine the Giants would be too good. Now to the Roma Cup. My two takeaways, and feel free to disagree, is 1:) Elite Street is WA’s best horse and 2:) I’m looking forward to backing Valour Road in the Belmont Sprint. Did you have any other takeaways?

DB: Hard to argue with either. Elite Street is a dead-set weapon over the sprint trips. I think everyone was happy to see him back and being the best version of himself after his setback during the spring. As for the Belmont Sprint, Valour Road has an undeniable chance. The last time he raced over 1400m at weight-for-age, he won the Scahill Stakes. Amasenus was outstanding to grab third and Red Can Man continues to race very well. Kaptain Kaos, I thought, caught the eye. What did you make of his first-up effort?

TC: I thought he was fantastic. For a horse not suited at 1200m and getting too far back, he was able to peel off the race’s third-best last 600m. He’s one that will definitely be better suited at 1400m. I can see him running another eye-catcher in the Belmont Sprint and then we can launch in the Hyperion Stakes.

DB: The Roma Cup was the highlight on the day, but we saw some pretty handy three-year-olds going around earlier in the day. Devoted was super fresh and Zephyra went from a midweek maiden to a Saturday race and won like a good filly. How did you assess their efforts?

TC: The race set up beautifully for Devoted first-up and he took advantage of a nice, steady tempo to win and also ran good time. The trials this preparation had suggested he’d returned a better horse and I think there is still improvement to come. Heading towards the Belmont Guineas, I think the Devoted/Stay Safe formline will be stronger than the Zephyra/The Velvet Queen formline. But there is no knock on Zephyra as we know how hard it is to go from a maiden to a Saturday race and win. I’m not jumping off The Velvet Queen though. Do you have a different opinion on her?

DB: I like The Velvet Queen, but I am wary of her racing pattern. She rarely runs a bad race, but she is always short for a backmarker. Maybe the step to 1600m of the Belmont Guineas will allow her to settle closer, but a good judge once told me that you will go broke backing backmarkers. I might tiptoe around her again at her next start. I’m happy to be wrong though. Just before we finish up, we are down to the last four in the NBA. How do we make a dollar out of the conference finals?

TC: Why in God’s name would you be asking me? I’ve been way off the mark during the play-offs. If it means anything, Boston beat Miami and Golden State beat Dallas, who are a much better side than I gave them credit for. The defensive performance that they turned in against the Suns is why they have progressed,