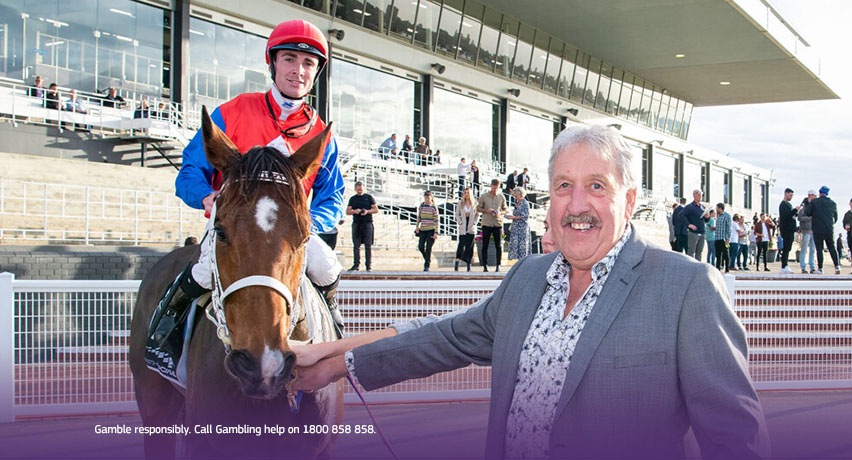 DB: What excited you more on the weekend? Sheeza Belter winning the Group 1 JJ Atkins at Eagle Farm or the revamped carnival now known as The Pinnacles?

TC: The Pinnacles excited me more. We’ve been speaking about the WA racing carnival and a refreshment was needed. So a five-week carnival and the fact there are four races worth $1.5 million and a bigger spotlight on the three-year-olds, caught my eye. Now I’m looking forward to seeing how we can attract east coast horses and trainers, which I see as a big key to the carnival. Listening to James Oldring on The Sports Daily this morning, it sounds like the Kingston Town is getting a new name. How do you feel about that?

DB: I don’t like it at all, but that’s okay. It’s not my call. I just think it gives our carnival over here a great deal of relevance when one of the features is named after one of Australia’s greatest horses who was victorious here in Perth 30 years ago. It seems like some are keen to go with a change and call the 1800m weight-for-age race the Eurythmic. How does that sit with you?

TC: I would prefer arguably WA’s best race to be named after a star of the turf that people of this century can relate to, ideally Northerly or Luckygray. The other mark against the Eurythmic is for the past few seasons it has been a 78+ $100,000 race. Conversely, the Northerly has at least been a Group 3 race and one that throws up good winners.

DB: James also mentioned he was keen to see a slot race here in Perth? Are you of the same view?

TC: Yes, absolutely. I would love to see a slot race here. I’m all for anything that shows progression and indicates we are moving forward. I wouldn’t have a slot race in The Pinnacles, I’m not sure the horse population in WA could hold up for that many feature races, but it could rejuvenate Perth Cup day or boost the opening day at Belmont. I gather you are a fan of the concept?

DB: Wholeheartedly. I know for a fact that a proposed slot race has been tabled and the interest in it from industry participants, chiefly trainers, is immense. I cannot see any downside to a slot race being a key part of the WA racing calendar. It would generate exposure and if promoted properly, lure more eyeballs to our racing product.

TC: What was your key takeaway from the Hyperion Stakes here on Saturday?

DB: God Has Chosen was unlucky. That’s the start point. Had CJP elected to go to the outside and not commit to an inside run turning for home, he probably runs down Kaptain Kaos. In saying that, another wonderful training performance from Michael Grantham with Kaptain Kaos. He is a young man who has just gone back-to-back with wins in the Listed Raconteur Stakes with Devoted and Hyperion in successive weeks. He’s doing a great job. How did you view the feature?

TC: Taking nothing away from Michael Grantham, but I agree with you that God Has Chosen should have won and he’s the horse out of the weight-for-age winter features that I want to be with later this year during The Pinnacles. He’s a proper horse.

DB: We now see the three-year-olds meet again in the Listed Belmont Guineas this Saturday. Who you got?

TC: I’ll stick with Otheroneson. There’s no reason to jump off him, but it’s a cracking edition which could even supply three or four runners in the Railway Stakes later this year. Devoted has done nothing wrong and 1600m looks like it will agree with Rokanori. It promises to be an excellent race.

DB: What isn’t excellent is the predicament Bailey Smith finds himself in. Your thoughts?

TC: There’s need to be bigger penalties for AFL players caught in possession or using drugs. We are led to believe there is going to be an overhaul of the drugs policy, which at the moment provides players with too many loopholes. If you compare the AFL’s policy with what confronts a jockey who tests positive to drugs, ie named and shamed and disqualified pretty much straight away, it’s chalk and cheese. It all comes back to the AFL players having too much power in a lot of areas in my opinion. Do you think a suspension of two weeks, which is being reported, is sufficient?

DB: No, it’s not. But the AFL’s hands are tied a little bit because Bailey Smith has been very open about his mental health and how he needs football in his life. It’s a delicate situation. Sadly, AFL players know full well that they can use drugs and should they record a first strike, nobody in clubland is aware of it. There is not a deterrent there. The policy is flawed, outdated and can’t be overhauled soon enough.

TC: On to Fremantle’s performance on Saturday, I think the interesting part going forward is the midfield mix with Nat Fyfe added in there. How do you see that playing out?

DB: It’s a good question. You are obviously referencing what it looks like for Will Brodie, who didn’t start in the centre square against Hawthorn because of Fyfe’s return. He still had 22 touches, Brodie and was at enough centre bounces. The blend is going to be different, no doubt, but I’ll back Justin Longmuir and his assistants to work out a suitable structure at the feet of Sean Darcy. With Fyfe making a successful return and the Dockers being 10-3 at their bye, what should they be looking at for the rest of the season?

TC: It is a real possibility that they host a qualifying final. Some continuity to Matt Taberner’s football this season would help, some contested ball relief from Serong and Brodie in the middle now that Fyfe is back helps and touchwood their defenders can stay fit because they have a high-class backline.

DB: You’re our resident NBA expert in here. Game five tomorrow takes place in Oakland with the series between Golden State and Boston locked at 2-all. Who’s winning and moving to match point?

TC: Boston. The Warriors are Steph Curry or bust and I’m thinking the Celtics might be a more even side and spread the load a bit better. So, I’m saying the Celtics win and they return home to Boston with a 3-2 lead.