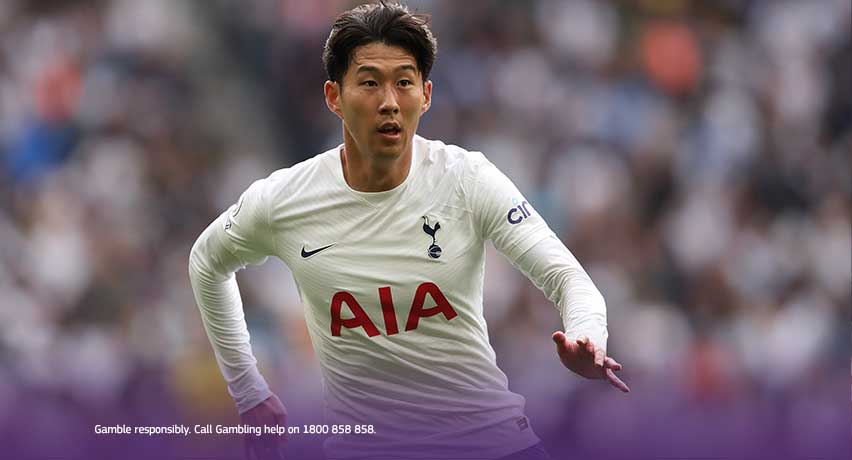 Crystal Palace (14th) take on London rivals Tottenham (1st) at Selhurst Park in a derby that is shaping up to be quite one sided. The Eagles have been yet to find a win in the Premier League this season with two draws and a loss while Spurs have a perfect record with three wins in a row.

New manager Patrick Vieira has not had the start he has wanted at Palace as they have one managed to find one win in eight matches in all competitions. Goal scoring has always been a weakness for the Eagles, and it appears they are still yet to fill this no chemistry forming right now between Christian Benteke, Wilfred Zaha and Jordan Ayew.

The Harry Kane saga is over, and he is staying put in London which means Tottenham can refocus and start building on their lead at the top of the Premier League table. The attacking duo of Son Heung-Min and Kane is one of the deadliest one-two punches in the Premier League and will be on full display against Crystal Palace.

Son is quickly becoming one of the most consistent goal scoring machines in the Premier League as he uses his pace and superb finishing to get behind defenders and punish them. The South Korean attacking midfielder has already scored twice this season and now with his running-mate Kane back in action, his opportunity for more goals increases. Son will be too quick for the Crystal Palace defenders and will expose them on the counter-attack giving him plenty of chances to score.

Southampton (13th) are yet to find a win this season with a loss and two draws while their opponent West Ham (2nd) have had a flying start to their season with two wins and a draw.

The Hammers are unlucky not to be undefeated as they had a disappointing 2-2 draw with Crystal Palace last matchday. Despite this minor road bump, West Ham are looking menacing and have already scored a league high 10 goals in three matches. This attacking output is thanks to the brilliance of Michail Antonio who has started the season in sizzling form with four goals to his name.

Southampton are legitimate contender for relegation this season as they have not added much to their roster and are lacking in strong defensive players. This is a major concern for the Saints as they are coming up against the most in-form attacking side in the competition with Antonio at the helm

There is a different feel to the West Ham squad and there is a strong sense of belief backed by a potent attacking brand of football. Antonio since becoming the main striker and deepest player in their formation has returned not only goals but assists due to his creative passing ability and strong counter-attack play.

West Ham have a strong chance to contend for a top six finish and wins against the bottom half of the league will be essential in securing this goal. Antonio and the superior attacking midfield of the Hammers will prove too much for a weak Southampton backline. I expect West Ham to have plenty of opportunity at goal and put up another big score line.

Leeds United (15th) welcome Liverpool (5th) to Elland Road on Sunday afternoon, hoping to pick up their first Premier League win of the season. Meanwhile, Jurgen Klopp’s side will be looking to maintain their unbeaten start to the 2021/22 campaign.

Leeds suffered a humiliating 5-1 thrashing at the hands of Manchester United on the opening weekend, before sealing 2-2 draw with Everton. They were then held to a 1-1 draw by Burnley last time out and overall, it has been a very poor start to their highly anticipated season.

With Virgil Van Dijk back and firing, the Liverpool squad look completely different to the one that floundered last season. The Reds have already kept two clean sheets out of a possible three this season and were fantastic against Chelsea only conceding the one goal.

The defensive structure and confidence is back at Liverpool which means wing backs Trent Alexander-Arnold and Andy Roberton can attack more freely and re-establish the trademark Liverpool attacking play. This opens up the game for Mo Salah and Sadio Mane who are able to find space and get on the end of the elite passes from their wing-backs.

Liverpool will be without Roberto Firminio which means Diego Jota will start in his position which will be a blessing in disguise for the Reds. Jota has been fantastic since moving to Liverpool and despite playing limited minutes, he has scored 2 goals already this season.

Jota adds another attacking element to Liverpool’s already overwhelming firepower, combine with their strong defensive presence, they are looking more like their old selves each day. Leeds press and attack to the final whistle, despite the score line and this will be their downfall as they play right into the hands of Liverpool who will open them up and make them pay.