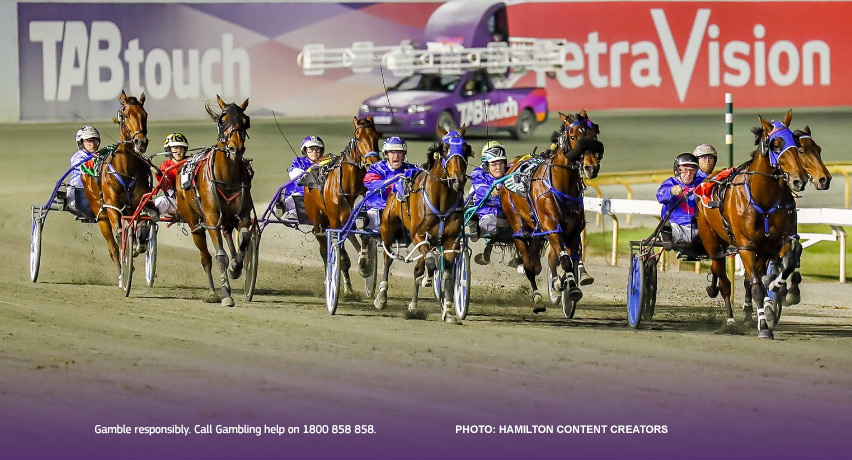 Race 1 PERFECT MAJOR (7) was unlucky in the Fremantle and WA Pacing Cups and defeated Chicago Bull in between those efforts. He is first-up without a trial and is drawn wide but he is the class pacer of this field. EXTRADITE (6) has used his dazzling gate speed to… Read More

Trent Cooper’s Preview Race 1 OCEAN RIDGE (6) has been a costly commodity for punters this time in but looks to get his chance tonight. He blew the standing start but made up plenty of ground to finish 2nd to Gee Jay Kay on Monday and this looks a suitable… Read More

Trent Cooper’s Preview Race 1: GEE JAY KAY (7) is now living up to his early promise and has won three of his last four starts. He was ultra-impressive in defeating Its Rock And Roll here last week and can overcome the wide draw again. ROBB STARK (4) worked hard… Read More

Richy Bell’s Best Bets Race 2: No.1: WHOSWHOINTHEZOO Perfect opportunity for this bold front runner. Been running on well in unsuitable events and really gets his chance. RACE 9: No.5: BETTER SCOOT Returning to his better form with good placings recently. Can work forward and outstay rivals. RACE 10: No.4:… Read More