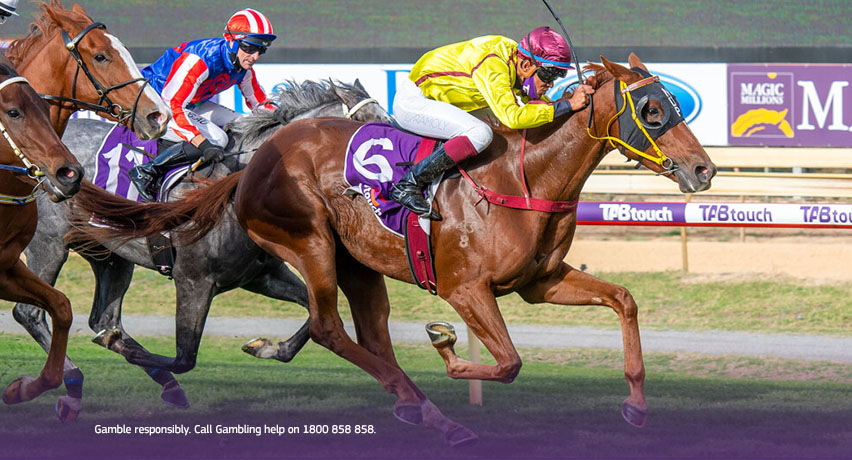 GALAXY ACES has looked sharp in a pair of 400m jump outs. This is as wide open as they come in terms of 2 year old maidens (down the straight course if you don’t mind!) and think any number of these can win and a fair few likely to be double nominated for Saturday’s 2 year old race. Lot of water to go under the bridge and with little confidence siding up with Galaxy Aces on debut as an eachway hope. LINDEN LADY was a late scratching on debut and it might turn out to be a blessing in disguise having missed running into the undefeated Danny Morton juvenile Top Of The Pops. Looks to have ability. ITSATRAP is very quick. Likely to come out running in an attempt to cross them. CAPO VELOCE showed something in his jump out.

FRIDAY KNIGHT hasn’t been seen at the races for 565 days. There’s a huge risk betting into him. He was allowed to float around in his first trial and then was far more dinkum in his second trial when getting right away from them to win by over 3L. If he reproduces his third to Brooklyn Pier or second to Gemma’s Son or ninth to Kissonallforcheeks he would be winning. Interesting to see how the market rates him. REAL SENOR is first-up off a spell of 315 days. The trial was super and Robin Elliott deserves a bit of positive karma after the 1100m maiden was deleted from Northam last Sunday and Real Senor missed out on a 4 horse race. RAKIURA should show speed early and get across. CELTIC GREY might be a prep away.

MY BOY EDDY will get a lot of WA punters here. Have been patiently waiting for him to to fall into a maiden and that time is Thursday. Finished less than 2L off My Dilemma, Success Play, War Gem, Above The Peg, Harmika, Featherweight and My Marlaina first-up (beating home Guard The Safe) and then hit the line well enough in another 3 year old Plate second-up. Has ability and finally finds a maiden. BELOVED STAR was a wallet burner last preparation. First Peters Investments runner for Michael Grantham and looked good at trials. LET THEM ALL TALK will kick through into a position. BENT LEG BORIS next best.

UNCOMPROMISED gives Michael Grantham a big opportunity at producing his first winner in the famed Cerise and White silks of Peters Investments (if Beloved Star doesn’t win in race 3!) off the back of a super trial. Travelled well, let down strongly and should be able to hold a position midfield from the barrier. Looks hard to beat first-up. AWESOME RIVAL finds a new home with Michael Lane and has had a number of trials to prepare for her first-up assignment. Second to Ain’t No Other Man in a 2 year old midweek and third to Featherweight and Ain’t No Other Man in a 2 year old Plate. Great race form. DIVINE FLIRT still does a fair bit wrong but she clearly has a motor. SHE’S PUZZLING had everything possible go wrong last start in Kalgoorlie.

KEYTRADE is a Pinjarra Scarpside specialist. Every time he heads to the Scarpside he runs particularly well and don’t think he was suited last start in the breeze outside Wakan Tanka. Should get cover here and the fact Paul Harvey is heading down to ride is always a bonus. Chimes in down the straight and should prove hard to beat. WILD GALAH is flying and provided he doesn’t find too much traffic he’ll be there abouts. DESIGNATED DRINKER is knocking on the door. MERIT MAGIC is going well this campaign and has no weight after the claim.

SAVAGE ONE just can’t quite break through this preparation but is racing well. Always hard to line up the form through these Sky Provincial Series Heats but think that the Geraldton form that Savage One brings to the table is good enough and from the draw he should get across into a commanding position. This should be eachway the field. YOYOS was a marvellous training performance last start. She jumped out of the ground late to win the Westspeed Platinum Final and heads straight to this Heat to try and qualify for another $100,000 feature. STAR PRESENT just needs some luck from a tricky draw. RULELEE sneaks up three back the fence.

LASSOO THE MOON has only had one start in her life and it was for an all the way win on the Pinjarra Scarpside track over 1300m. Really liked her recent trial and while the pads going on is a minor red flag going to follow up on her and suggest she can remain undefeated. Like the way she rolled in that race and got them all out of their comfort zone chasing. NINETYONE DWYER got too far back last start at Kalgoorlie and then was never a chance in running as the race was being run in front of her while she was cluttered away back in traffic. STYLAX showed ability last campaign and should enjoy a nice run throughout. LETS GALAHVANT is lightly raced and ran three good races in his initial prep.