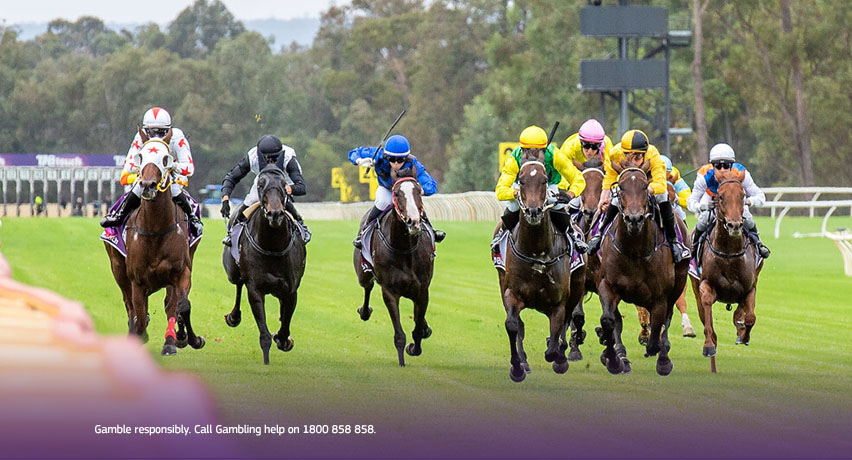 HEAVENLY SKY looks a filly who is likely to be suited by the long Pinjarra Scarpside home straight. Eye catching on debut when third behind Lassoo The Moon and Steels The Deel from a long way off them and then found a stack of traffic at her second outing when third behind Market Stryke and Romancing The Rock. Think that’s a form line we can trust and think she’ll be popular in betting. Shop early. ROLLED GOLD ran second behind War Hymn last start and we’ll see the strength of that form in a C1 1400 at Ascot on Wednesday. Met with good backing on debut and ran accordingly. WOMMEL WOCK is going well. VICTORY VIXEN next best.

MANY MANSIONS has accepted in a C1 1400 on Wednesday and runs into three quality fillies (Sweet Admiration, War Hymn and Kaymay) in the event they elect to scratch and come to this C3 event think he’s in with legitimate claims. Going super and has raced without much luck this campaign. ALBUKHTURI is another who Team Gangemi keep accepting with and scratching searching for his right race. Think they’re both really well suited to this race. LOVE DRUNK BABY has had to work in both runs this campaign. Best suited to leading and controlling. ZADAR ROCK might have something to say about that map scenario. Also likes to roll.

MYSTICAL BABE is clearly a work in progress. She doesn’t like being loaded into the barriers and even once in she can be a real handful but they persist with her because she’s also clearly got her fair share of staying ability. Last start in an 1800m maiden she split Queen of Jerusalem and Lady Chant who will both head to the WA Oaks on Saturday. She looks ready to win. NORTHEAST EAGLE looks like he needs every inch of this 2200. Good return in the same race and has shades added. ALLEGIANCE has a few gear changes made. She’s been there abouts all campaign. GOING HARD was the target of big money last start. Keep safe.

BANNANA has been huge in both his starts so far in his career. He was in a different postcode to the leader last start and savaged the line. Clearly there’s a query over the quality of what was in that maiden won by Let The Dust Fly, however, if Mystical Babe wins the previous then that’s a great push because she finished behind Bannana. SO LIKEABLE will find his race when he can lead, control and kick clear on straightening. Going well enough. SAFFIYA didn’t get out until late last start and hit the line well behind some handy maiden types. Looks her best chance yet. ZULU MAGIC backs-up. Ryan Hill 101.

MY BOY CHRIS gets one more chance as the on top selection here. Third first-up after doing a bit of work early to find a position, second at his next outing when only run down late by Mussa and then flashed late when matching motors with Winning Aces down the centre of the track at Ascot last time out. Drawn perfectly, one more go. GINGERS SECRET looks a handy filly from the trials and Adam Durrant’s yard have been on fire for the entire season to date. Huge respect. AL TINA didn’t get much luck at her return from a freshen up. SILVER BUGG has shown glimpses of ability in the past.

GARDEN QUARTZ caught the eye on debut. 4kg claimer to a senior is also worth noting at start number two. On debut she tracked up nicely and then the race started to change complexion quickly and Luke Campbell and Garden Quartz didn’t take the corner all that well. Thought she hit the line well after finally balancing and think the filly has a future. VRANYO is probably on her last chance for Simon Miller this time in. She is quick but she doesn’t have much left in the tank at the end of 1200m. This is the race where she can find the rail but she paddles bad late. LUCKY LANDING is super honest and super consistent. Just seems to lack a killer blow. Run was good against the pattern last start. ELUSIVE DREAM put in a one good run amongst three average ones last campaign.

FLOAT OUR BOAT just continues to run rivals into the ground. The handicapper will eventually catch up with him and he now rises to 60kg but the way that Boy Hill is placing him and the way his best mate Bradley Parnham is riding him they take luck out the equation and play catch me if you can. This race has Beaucount in it, so it’s a different kettle of fish. If you haven’t been aboard so far then I’d be wary of jumping on the bandwagon now. GEE FORCE backs up off 4 days from a C1 victory on Sunday. He’s an out and out grinder. Harder they go the better. CAFÉ NERA will park three back the fence and be saved for the home straight. TREAT YO SELF improved sharply when getting out to the staying trip.

SWEET STRAWBERRY was travelling super when back in traffic first-up no trial under Brad Parnham who had to bullock his way into open air on the corner. She ran home nicely into third behind Alien From Mars and Garage Days and if she reproduces or even improves second-up she should be hard to beat. PENNYS AFIELD never saw daylight at any stage last start. Gets 1.5kg weight relief and this race looks winnable for her. Progressive mare. AMBERGATE ROSE can track up and do no work in the run. LIL RED BIKINI has been up for a long while but continues to race well.

COMEALILBITCLOSER is another now or never proposition on Thurday’s program. Has had 10 runs this preparation and has finished in the first four at his last eight starts including finishing second on four occasions. Only three starts back he finished fourth behind subsequent winners Jadavi, Tri For Us and Holy Enchantment. If this isn’t his race he’ll struggle to find out. BELAFONTE BOY comes back from staying trips and should enjoy a sweet run behind the leaders. ACT INNOCENT is going well but her racing pattern makes it hard to tip into her with any confidence. PAIGEY’S TURN will find this a lot easier than the Fillies series.