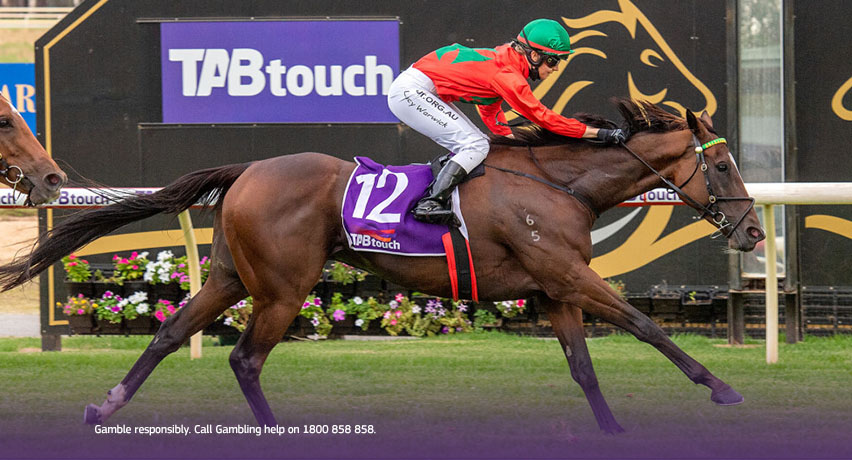 TALES OF MANHATTAN vs SMOKER looks a complete match race on paper and the pair will dominate this market. Toss of the coin between them really. TALES OF MANHATTAN is drawn towards the outside fence (tick), trialled super (tick) and Lucy Warwick riding really well (tick). SMOKER has straight 1000 experience (tick) but was a little plain last start behind Frankie Drake. Going to side up narrowly with TALES OF MANHATTAN but there shouldn’t be much between them in the market. TIPSY ANGEL beat a nice one at trials but has zero race form. GLOBAL CONFLICT finds a new home.

ARNRAY is a stayer fresh at a mile after being given a break after a super first preparation for rookie trainer Kirryn Scallan. Thought the recent 1450m trial behind Born To Try was solid and Jason Whiting knows him well. This is not a deep maiden and if it’s last man standing late he’ll be coming at them. No star but wins races. Should be eachway the field this. ROCKSTAR STATUS was a huge improver first-up to second-up and looks like she’ll get a journey. SERENE DREAM wasn’t a bad first-up run in what was a far, far better maiden than what she falls into here. SO LIKEABLE takes luck out of the equation and rolls to the top.

REBELZONE comes back into a maiden after being disqualified from her debut Kalgoorlie victory. After winning that race on debut she went to a C1 at $3.50 behind Mercanto, then a 3yo 0MWLY when finishing less than 2L off Sparkling Blue and then to a C1 F&M when running into Queen Of Soul and had an SP of $3.80. Back into a maiden, dominant recent trial winner. Looks hard to beat. SILVER BUGG was a great run first-up behind My Boy Chris and is drawn to get another gun run behind the speed. SUPERIORIZE has had two runs, one behind Blazing Away (now a 66+ winner) and then third behind Champagne Dame and Stay Safe. Super form references. GINGER’S SECRET maps to get a soft run.

VICTORY VIXEN brings the quality 3 year old maiden for behind Rolled Gold and subsequent winner Wommel Wock to the table and that should see her very hard to beat here. Laqdar Ramoly returns to the saddle, the leads is hers for the taking and from there she’ll roll along and start to up the tempo from the 600. Looks a bit of a one paced type but looks to have found her best chance yet for victory. SERVICEMAN is honest but he lacks a killer blow. MERIT MAGIC was given a 10/10 last start by CJP and ran well. Reproduces and is in the mix. DESJARDINS trialled like the 1400m would suit on debut.

PENNY’S AFIELD is going through the grades nicely for Michael Lane and Chris Parnham. Maiden winner three starts ago, hard luck story two starts ago, bolted in last start in a Pinjarra Scarpside C3 at 1300m and only rises 1.5kg staying in the same grade and same race conditions (C3 F&M). Can track up in behind them from barrier 1 and looks really hard to beat. BLOW ME OUT is accepted for Saturday at Ascot. If she was to scratch from there and race on Sunday she’s a legitimate danger. Going super. DEE KEEPA brings intrigue at her WA debut and looks well placed into a C3 by Lindsey Smith. Watch the market. BLONDE WARRIOR will be hoping the rains come and come hard at Pinjarra. Swims.

ZADAR ROCK looks to give JP Taylor Racing a huge look at a double on the program. Won at Pinjarra Scarpside in a C3 C&G 1300m race when leading from start to finish by over 3L. Rises 2kg on that victory and has noted front running apprentice Holly Watson taking over from Keshaw Dhurun who is in COVID enforced isolation. Jumps, leads, controls and looks another obvious on top selection on the program. SAMSURIAN can mix his form but this is a nice race for him. Drawn sticky but is versatile. GARAGE DAYS has 60kg and an outside gate but his class takes him a long way. STUMBLE is going well.

WUHAN WARRIOR is the big unknown in this race. Accepted for Saturday at Ascot in a 3 year old Plate and on Sunday in a C1. There’s 10L difference between those two races in quality (no joke) and if he starts in this he’ll be extremely popular, even with a 4kg claimer aboard. If he doesn’t start then think it’s a nice race for GALACTIC STORM to resume in. Drawn gate 1 and probably looking for further but moved nicely alongside Sniparoochy in his recent trial. BUSTER’S FORCE will come out running and take up a position. GOT YA is racing well.

UTGARD LOKI and TRUE ATTRACTION came right away from them late in the Bull & Bush Tavern SW Cup and meet a relatively similar line-up in the 2022 Pinjarra Cup. UTGARD LOKI is in a purple patch of form and he’ll stay out of traffic and out of trouble here. The key difference here is that there’s no leader, there’s no Cockney Crew to take him into the race and so Lucy Warwick might be forced to take it up with UTGARD LOKI. Still think he’s the one to beat at the 2300. TRUE ATTRACTION will park three back the fence and if Patrick Carbery gets the gaps at the right time he’ll fly. NEUFBOSC wasn’t suited to being tucked away between runners last start. Improver. BELLA’S IDOL should be about ready.

AY TEE EMM can be a hard horse to catch, but if you’re ever going to get him it seems to be fresh and/or down the 1000m straight at Pinjarra Park. He was one of the most memorable plunges of all time first-up last campaign ($51 into $5.50) when he bolted in and gave many a WA tragic months’ worth of spending money and see no reason why he can’t reproduce here. Winnable race. CANTO DE GUERRA is proving himself a very handy 1000m straight commodity and is drawn perfectly against the outside fence. SAVAGE ONE is a straight 1000 winner and should improve second-up. AL QUEPONE is drawn on the ‘wrong’ side but like all David Harrison horses, is a track/distance weapon.