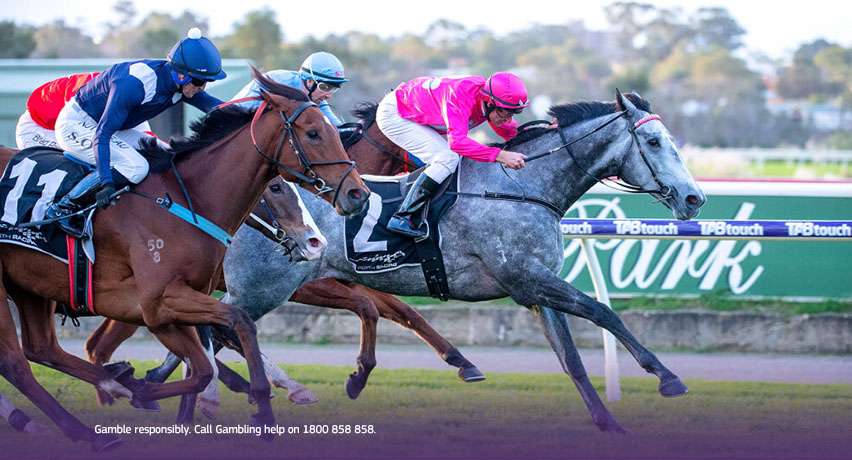 VALOREM looks a professional ready for the races. Considering the 2 year old season that Danny Morton has enjoyed (Top Of The Pops, Tiffany Street, One Cool Gal, Paddy’s Lad) see no reason why he can’t produce another debutante to make a splash on debut. From the draw should enjoy a nice run midfield with cover in a race where they’ll obvious run with Revitup and Pot Shot engaged. Think he’ll be strong late and can run a big race on debut. REVITUP tasted defeat for the first time in her career at 1000m last start at the hands of undefeated Fernie filly Rumour Says. She’ll jump and run again. AZTEC RULER has been impressive in both trial wins. Looks like he can sustain a run and given he won a 400m jump out hoping he can hold a position in running. POT SHOT did a bit wrong in her initial preparations but Paul Harvey should straighten her out.

SNIPPY MISS is incredibly having her 25th run of a preparation which dates back to May 2021, remarkable training effort to keep her going and remarkable effort from the mare to continue to race with such consistency. Comes through a key form race behind Flicka’s Chance and looked to have plenty to offer in the home straight when held up at a crucial stage. ARNIE’S BOY has done the three races in a fortnight previously and run well and his last two since winning have been luckless. FLICKA’S CHANCE gets the same run as he enjoyed last start in victory. GATES OF BABYLON can lead and kick.

SECRET DEPLOY got me on all three occasions last preparation (sure I’m not alone there) and off the back of what looked like a sharp 930m trial for a 1400m type of horse we’ll go once again with the grey. He has a big turn of foot and thinking that he is far better suited at Belmont Park than he was ever going to be at Ascot. Adam Durrant’s team are ticking over well and he looks to have a level of excitement and untapped ability about him. COLOSSAL gets out to 1400m for the first time and the way he has been racing he looks to be screaming out for this distance. MAHAELO won well first-up and then was eye catching in defeat second-up. Underrated type. MAGIC TO EXCEED finds the front and controls the race.

BLACK FANTASY and OUTSPOKEN LAD look to give the Pearce Brothers a mortgage over the 2022 Aquanita Stakes. Looks like BLACK FANTASY has come back bigger and better this preparation and thinking that he has a little bit more zip about him. If this was 2200m I might lean towards Outspoken Lad (Belmont Classic) but for now at the 2000 we’ll stick with BLACK FANTASY who looks like landing one out and one back poised to strike. The best form is the Raconteur/Belmont Guineas form and he has been super in both. OUTSPOKEN LAD beat him home in the Melvista Stakes and finished on his heels in the WATC Derby. Logical danger. MOJO RHYTHM can settle three back the fence and finishes off well. FIRE AT WILL looks to have some X-Factor but only won a Kalgoorlie maiden.

SEARCHIN’ ROC’S just needs to get into the gates and run out a strong 2000m to be winning this race. She is a classy filly and like with the Aquanita preview, the Raconteur Stakes and Belmont Guineas form is far superior to any ratings form and she has not only raced against Devoted, Rokanori and Otheroneson in recent starts she’s beaten some of them home and run fast L600 splits than them in the process. She’s perfectly suited at Set Weights and she on paper she looks like lobbing out the back and zapping them. MY FURY ran really well last start without any luck at all. She can sit on the tow ball of likely leader Snippagem and get a nice run into the race. THE VELVET QUEEN is 5 weeks between runs and has bar plates going on. In DMac we trust but it’s a hard red flag to ignore. MYSTERY MOMENT toyed with them last start but it was a Heavy9.

LAST OF THE LINE was enormous first-up at 1400m from last with 62kg. He was returning from a long injury enforced layoff and he showed his class with a big L600. Should only improve for the outing, maps to settle a pair or two closer in the run and the way he has raced has always suggested that his best would be at a mile or beyond. 62kg never an easy task but it looks a suitable assignment for him. STARTRADE steps out to a mile for the first time in his career and may have to drag back to nearly last from the wide gate but he can sustain a run and is a winner. THAT’S FUNNY AZ has shades re-attached and a senior rider re-engaged. Forgive and forget he went around first-up. SLUICE BOX is flying and it would be no surprise to see him bursting through late.

GUNMETAL GREY is one from one off the 7 day back-up and she’s drawn the gate she needs to be in the finish. There looks to be a stack of speed (too much?) in this race through Ginger Flyer, Big Screen, Savage One and Cheval De Vaga which should ensure they’re rolling a long way from home. She can track up in behind them and should be right there late in the race. SAVAGE ONE is in career best form. Didn’t quite run out the mile last start (and was really rolling at stages) and so coming back to 1400m he looks hard to beat. CHEVAL DE VAGA backs up off 7 days and drops back into a 66+. He should be ready third-up. HEART OF COEUR is finishing off his races with a brilliant turn of foot but he could be 10+L off them at stages in this.

BEADS maps a treat in this race and gets some well-deserved weight relief. Last start he carried 59kg top weight and didn’t get much luck turning for home when he copped an unbalancing bump. Think here he can sit tucked away in behind Nowhiteflag, Warm ‘n’ Fuzzy and even Mood Swings as the speed battle goes on early and then pounce on them in the home straight. Proven 1000m Belmont horse and this looks a really nice race for him. NOWHITEFLAG simply does not lay down. He is a high-speed, high-pressure beast who will just keep kicking. FLYING MISSILE backs up off 7 days, drops in weight and has a senior rider on. Should get a very similar run to Beads. MOOD SWINGS will need some luck from a tricky draw.

MY BABY BLUE JEAN is a nice filly resuming. Adam Durrant astutely scratched from a 3 year old 1000 last Saturday to avoid running into Bitofmerit and it could well pay dividends here. There’s a stack of speed in this with Sockoff and Olga Louisa likely to come out with the afterburners on so expecting that she might end letting them go and then picking a path between them in the home straight. Like her as a type. STORM COMMANDER is another nice 3 year old who will appreciate a hot tempo. He’ll be doing his best late. STRATHMORE ROSE was super first-up. She never got a crack at them in the home straight and looked to be bolting under Beaux Edwards. FOREST WAR was a sound return and will likely park himself out in the three and four deep moving line hoping that the leaders come back to them in the home straight.