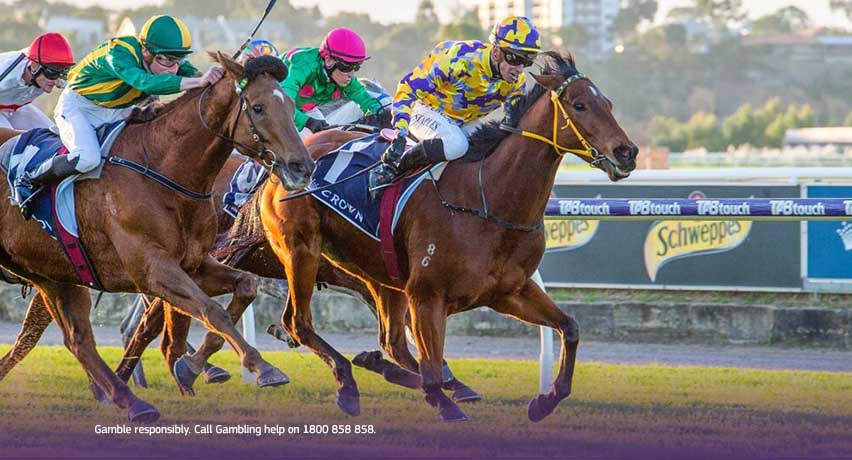 VAMPI AT PLAY was really strong late in betting at her return to the races but was simply no match for the undefeated Top Of The Pops. She should only improve for the outing and this race looks far more evenly graded. Drawn a bit of a tricky gate on paper but with both Upper Limits and Final Series drawn to her outside she should be able to get cover. See no reason why the money wouldn’t come her way again and see no reason why she won’t loom as the horse to beat. CAPO VELOCE loomed to Final Series last start but just couldn’t get past him. Gets 1kg weight swing here and that should put him right in the mix. FINAL SERIES had to dig deep to win last start and showed some grit late. UPPER LIMITS travelled really boldly fresh when sitting three quarters of a length in front in the breeze.

SAFETY BAY is really well suited to racing in these Westspeed Platinum races. She was a last start winner in this grade (dead heat) and maps perfectly here. Between Stella Fair, Wild Front and Pink N Gray they should ensure a genuine tempo throughout and that should leave Safety Bay sitting leader’s back travelling into the race. We’ll put our faith in emerging apprentice Taj Dyson to pick the right gap at the right time. Should be hard to beat with even luck. RULELEE got a mile out of her ground last start and was in a world of hurt from the 800. Change of stable in the middle of a preparation is far from ideal but she’s knocking on the door for another win. PINK N GRAY is a great bread and butter horse. Never runs a bad race. SEMIGEL hit the line full of running first-up.

SNIPAROOCHY was an impressive last start winner in a 3 year old handicap beating home Tadweer and Hardly Ever in slick time (3.5L faster than 3 year old average). She has always been a very sharp filly on her day and looks back to somewhere near her brilliant best. If you take away her ‘flop’ at 1400m in a 66+ against the older horses then she’s been in form all preparation. Holly Watson will likely find the front and she might get away from them on the corner. Considering the money that came for Hardly Ever in the Raconteur it might pay to get involved earlier rather than later. RED FIFTY THREE is proven in the wet (soft6 & soft7 winner) and trialled super for his return. VIA MONTE has a tricky draw to contend with. 3 deep the trip a real possibility? COLD SHIZZLE is going better than reads on paper.

PANZDOWN is an electric get back sprinter. Has been given a 77 day freshen up by Simon Miller and after the Holly Watson claim carries only 57.5kg. The last time he was in a 78+ 1000 he went around $1.85 with 60kg and peeled off some remarkable closing sections to get within 1.5L off Acromantula who was handed the race on a silver platter (first 400m = 5L slower than average) and was sectionally impossible to catch. He may well end up three deep and last but at Belmont Park that’s not a bad spot to be over the 1000m. ANGELIC MISS has been trialling really well and no doubt this race was on her program for a long while after rocketing through the ratings when last in work. BRIGHT DIAMOND has beaten Angelic Miss home before and from barrier 1 she’ll track up in clear air behind #Merv. EEYORE WAYZ returned in a blaze of glory. Has some serious raw ability.

THE VELVET QUEEN has not been a friend of punters in her last few outings. She is going undeniably well: second in a 60+ to My Mate ($2.80), second to Zephyra in a 3 year old 1400 ($3.30) and second to Zephyra in a 3 year old 1650 ($2.20) but has continued to find one better than her on each and every occasion. Like the placement by Darren McAuliffe to take her to a 60+ Graduation against the older horses, get 3kg in weight relief and you would imagine use it as a trial heading towards the Belmont Oaks and Belmont Classic. Big field, wide draw, might just mean she can creep into it in the three deep line. ACTING GOD is going really well and backs up off 7 days. PHENOMENAL ANOMALY was bolting up to them on the corner before being held up last start. MOJO RHYTHM gives every indication that he will stay.

ARRACITY is backing up from a high rating 66+ last Saturday. She has been going really well all campaign, she is a soft7 and a heavy8 winner and this race doesn’t have a defined speed map which tends to suit versatile types like her. Split Mood Swings and My Mate in a 66+ only three starts ago off 7 days and prior to that won two races in succession. She’ll be eachway throughout betting in a wide open race. MEMORABLE MISS trialled really well for her return. She’s having her first start for the Michael Grantham team and his operation suits the Peters Investments runners (Devoted, Advanced, Beloved Star, Uncompromised all winners). From the gate she should position up well midfield with cover and has a big turn of acceleration in her arsenal. PREMIUM CHOICE is coming out of 1000m sprints and Westspeed Platinum grade but he has won in style two of his last three. MULTINATIONAL should get the right run and trailled well.

IT’SARAYDAY was the talk of the town after his dominant first-up win at Ascot. Nothing went right at his second outing, he was reluctant to load, uncharacteristically slow away, shuffled back into a really awkward position in running and never travelled like the winner. Pulled up with genuine excuses and is worth forgiving for one poor performance. Expect they ride him with aggression here with all eyes on the breeze outside of Timely Outburst. CROSS STATEMENT has a really sharp burst of speed when he gets a tow into the race. Impressed with how he fought back underneath Mercanto last start in defeat. TIMELY OUTBURST has a senior rider for the first time in the campaign and takes luck out of her racing by leading. EM TEE AYE was enormous first-up. His career long struggle has been consistently producing.

GOD HAS CHOSEN stamped himself as one of the most exciting and progressive horses in the State with his barnstorming win in the Belmont Sprint. First time at WFA, 1600 back to 1400m and conceding some proven WFA types a big head start in running, he let loose with an unbelievable turn of foot to gun them down. Lindsey Smith has always touted him as a Railway type and he was proven well and truly (yet again) on the mark with his assessment. Given the way he ran away from them late in the Belmont Sprint and the WFA conditions it’s hard to see them turning the tables on him? Wet track the X-Factor. NOTORIOUS ONE was bolting in behind horses for the entire length of the straight in the Belmont Sprint. You know he’ll get through the wet track, you just don’t know how he’ll get out in the home straight. LAVERROD is a query at the mile but he should get a lovely tow into the race behind Massimo. KAPTAIN KAOS did it tough last start. Maps far softer here.

MY MATE didn’t look himself last start without regular rider Lucy Warwick. She returns to the saddle here and he can slide across from barrier 11 to cross the vast majority of these without burning much petrol in the early stages. Think he’ll end up finding the top or more likely breezing outside of Elafella and from there he can roll through his gears and bounce back. Should run an eachway race at double figures. FEATHERWEIGHT was impressive last start and maps to get a near identical run in transit here. Hard to fault. SAVANIK returned in great order and she’ll be dangerous late in the race. FASHION QUEEN should position up two or three pairs closer in the run here and sneaks under the guard.