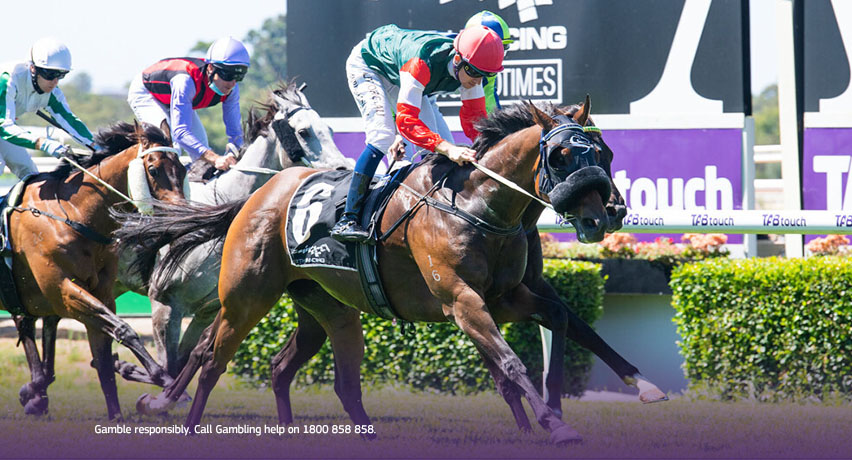 UPPER LIMITS has a tough barrier to contend with (11 of 11) but that is offset by the fact that William Pike is on top steering. The recent trial was excellent and with Sunny Honey and Snippenova both finishing in the David Harrison quartet last Saturday think that he can run a race on debut. Obviously going to need luck or a serious ride. LUCKY SUE had no luck in the home straight last week and backing up off 7 days gets another chance to break through. Kept coming to the line in both appearances to date. EL PATRON chased hard late in his trial and Simon Miller is a genius with his juveniles. MOJO’S LUCK trialled down the back straight at Lark Hill on Monday. Hard to gauge but did cover a stack of additional ground.

HE’S A SIZZLER, BEADS, BOPPING BLUE and COLD SHIZZLE clash again out to 1200m. With the extra distance and the various weight swings going to side with HE’S A SIZZLER who looks the best suited by additional furlong. Didn’t get much room to move in the home straight last start when dropping back to 1000m. Big chance for redemption here. BEADS steps out past 1000m for a rare venture at 6 furlongs. Love the way he’s going and love the way he maps. TRIX OF THE TRADE has beaten He’s A Sizzler before and gets weight on him. Got going late in the recent trial behind Group sprinter Indian Pacific. BOPPING BLUE should find the front easy enough, it’s the last 100m that will test.

KICK A GOAL SON can continue the great run that Jason Miller is enjoying at the moment. Only a small team but with Burnya To Survive, Kick A Goal Son, Gambler’s Gold all going well it’s hard to fault the way they’re going. From the barrier CJP should have him position midfield with cover and at his last two outings he has unleashed a big turn of foot. Last start beat home Sea Waif who gave cheek in last weekend’s Westspeed Platinum and with Speedbird plunged for victory Wednesday it looks the right form reference. FIERY WATER has to be hard to beat if he steps and takes up a prominent position. Always there abouts and the recent trial was sound. WINE NIGHT should keep improving into the campaign. EXPRESS TIME was super fresh but the extra 100m is probably not to her liking.

VANE TEMPEST should get across from the wide gate and if she does she’s well placed to score. For a 60+ 1000m even there isn’t much speed and Vane Tempest could conceivably find the rail. If she has to breeze outside of Double Jeopardy then she’s still in a prominent position and you only need to watch her run in the 65+ Epona Classic to be sold on her as a big winning chance. DOUBLE JEOPARDY should land right up over the speed and has won for Jett Stanley previously. PINK CARATS simply won’t put his head down at the moment. He is racing fiercely and erratically. Has talent but doing too much wrong. AGENT KENSINGTON didn’t get any luck down the straight at Pinjarra.

BILLY AIN’T SILLY is a talented four year old who is now second-up into the campaign after resuming in a sharp 72+ 1200m. Better suited out to 1400m and with Big Screen drawn in barrier 1 and then other speed types like Misty Lad and Corporate Larrikin drawn out it should allow Billy Ain’t Silly to land one out and one back tracking the tempo. Should be a big improver first-up to second-up and go close. BIG SCREEN led for a long way in the Mandurah Cup. Impossible to knock anything he has done in the last few months. TINSNIP has been trialling up well and was back to his best last campaign. RESORTMAN is drawn awkwardly. Class takes him a long way.

MR MT WALKER is always an eachway hope in this grade. What he needs in his races is a barrier to work with and a leader to follow. With Our Norman and Peppijack in the race it should allow Shaun McGruddy and Mr Mt Walker to enjoy the run of the race tucked away in behind them. Has a short, sharp sprint on him and will hold a tactical advantage over main rivals throughout. Eachway price, eachway bet. FASHION QUEEN is no star but she’ll be winning her fair share of races. Continues to attack the line well and this is about as weak a 60+ Graduation as she’ll see. Legitimate danger. GINGER BAKER is drawn woefully but is building quickly into the campaign. DEUPTANO was eye-catching fresh.

CHEVAL DE VAGA might rise 4kg up to 59.5kg but with the bonus of William Pike in the saddle he looks a massive chance of making it four wins from four starts for Meryl Hayley. He is going enormous at the minute and can be ridden to suit the track pattern or the race profile. Has won from the breeze outside a break away leader, has won from midfield with cover and has won from three deep the trip. Doesn’t seem to matter where he lands at the moment, he’s just flying. TRI FOR US could be a big improver here. Raced flat last start but might not have been suited considering she was left to tow the rest of the field to Cristal Dane and Cheval De Vaga. TRADE WAR let rip late in that same race but from the barrier will need to again. DOWNFORCE is a frustrating type to follow. All the ability, just doesn’t want to win.

CHILI IS HOT beat home Bogart by 2.5L when they met two starts ago and only meets him 0.5kg worse at the weights. Reunites with regular rider Jason Whiting and is a proven commodity in this grade. Should be a genuine tempo here and she should get the run she needs to produce her best. In form mare in a winnable race. BIG BADA BOOM settled a fair bit further back than anticipated last start. Ran alright considering where he ended up. Gets another 2kg on Beat The Bro and Brad Rawiller knows him well. BEAT THE BRO was beaten by the barrier and the map in the Mandurah Cup. Was impossible to make ground that day. BOGART won well last start. Just a hard horse to catch.

MISS CONTEKI vs CLAIRVOYANCE is a mouthwatering clash and when you add ISEERED ISEERED into the mix this is a Summer Carnival type of race. MISS CONTEKI “will need to be fired out of a cannon to win from there” were the words of Darren McAullay at the top of the home straight in the Summer Scorcher. She was incredible late in the race when gunning them down from an impossible position and the closing splits she recorded were of genuine top-liner. If she reproduces, she’ll be awfully hard to hold out. CLAIRVOYANCE returns to the races and has a set of blinkers added for the first time. She finds the top, she travels like a beast and she’ll be rolling into the corner. Game on. ISEERED ISEERED had no luck in the Colonel Reeves or the Winterbottom. Looked like he had something to offer in both. RIVER BEAU backs up off 7 days and drops 7kg. Maps a treat too.

VITAL BLAST has returned to racing in super order this campaign. Resumed in a 78+ against the likes of The Spruiker and Chantorque before being the eye-catching run late behind Chantorque and Son Son in a 72+. Drops in grade for the third consecutive start into a 66+ and is likely to go round double figures. Last time he was in this grade he finished a narrow second to Notorious One. Worth consideration at the price. SOLID AZZA is back to her best and when she’s on song she can reel off a sharp closing split. UNIVERSAL PLEASURE was huge in the Epona Classic. Bursting to win another race. BROOKLYN PIER should get a great run behind the speed and be there at the right time.