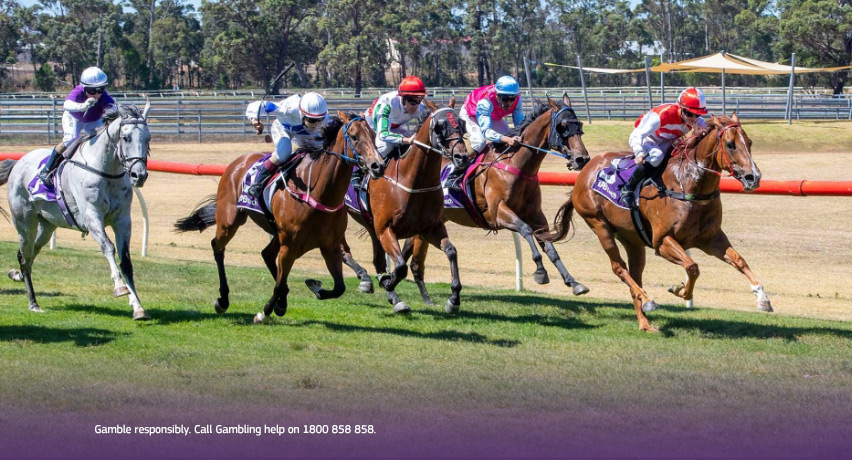 MORGS FREEMAN should be ready to show his best third-up from a spell. Resumed without a trial in a 70+ at Narrogin when finishing 5.3L off Lacevinsky. Showed great improvement second-up to get within 3.5L of him. The form through Lacevinsky, Pasajero, Blazing Tycoon and Sir Snugalot is better than 58+ grade which is what he drops into here. After Kate Southam’s claim he looks well placed. AYASHA put the writing on the wall that she had come back to racing well when she flashed home at Ascot behind Treasured Star. Strong win last start and can go on with it this campaign. OXBRIDGE is better than what he produced first-up. HIGHFRIAR should get a soft run.

SHAKE BABY SHAKE looks to have found a winnable race on debut. There is a stack of speed in this event and if the likes of Can’t Get Enough, Millivoy and Le Wren pour on the pressure a fair way from home then CJP should be sneaking up in behind them ready to pounce. Looks a nice race for her and the perfect map. CAN’T GET ENOUGH went blisteringly quick last start. Ran them along 5L quicker than Albany maiden average. Got a stitch late and understandably so. MILLIVOY is still green and new and wayward. Will win races in time. LE WREN looked sharp in the 600m jump out at Albany.

MOUNTAIN ASH looks to have been sent down to Mt Barker for an easy kill first-up. Can’t imagine there will be any flash price but his form is simply superior to rivals. Second to Astrape on debut, fourth behind Searchin’ Roc’s, Multinational and Bandalera Beau and finally third behind Searchin’ Roc’s and Fine Romance in a 2yo SWP on a Saturday. Soft recent trial and should be too classy. PRO IS HERE ran well at his Steve Wolfe debut. Won’t be a maiden long. HENRY THE AVIATOR showed that is also will be winning one sooner rather than later. Solid debut. ARAMAT tries hard but the gate hurts.

REAL PASSION is another Adam Durrant runner sent down to the Great Southern to try and steal from the poor locals. She’s definitely beatable but the barrier draw means that Clint Johnston-Porter will have her in a wonderful position in running. She did a lot wrong at Geraldton behind Megadon (subsequent winner) and then didn’t get the best of runs behind Jadavi last time out. Ready to win. TALENTED ESCAPE found himself against the fence last start at Narrogin. In review that was the worst spot on the entire track. Forgiving that effort he had won his previous three in style. CASA ROSADA is going well for her new trainer. LOSING TICKET is a track/distance specialist. First-up, no trial 1850 is an ask from a trainer with one horse.

TAMPERING FALLS is hard to knock in this 58+ 1100m event. Last start was really well found in betting in this grade and never looked like being beaten. Was strong through the line and staying in the same grade with only an additional 1.5kg to carry it looks like he’ll be winning again. Had been racing well without luck and deserved to break through. PASAJERO is flying. His two runs back this preparation have been enormous. Can definitely upset the favourite. SAUVEGARDE is a jump and run type. Should be winning races in the Great Southern and in Esperance when Helen Harding takes her ‘home’. SHINJU hasn’t seen a race this weak since he arrived in WA 2 years ago. Should be a nice pick up for Darryn Patemen.

LACEVINSKY has come back a better horse this preparation. Been touted a bit of a ‘nonny’ throughout his career and has finally put it all together. From the barrier Peter Knuckey can have him tracking the every move of the leader (Sir Snugalot) and from there he should be going close to winning again. The way he’s going he can string a few together. NURHACI looks the logical danger. Unable to run down Kenyluck last start at Geraldton but most horses do. Senior rider on and sits inside Lacevinsky in the run. SIR SNUGALOT makes his own luck out in front. KITGUM gets big weight relief dropping down to 54kg. Keep safe.

SCHOOLWORK was the replay run of the meeting first-up. Settled out the back and was rocketing to the line to get within half a length of Worth A Risk late in the race. Gets a 3kg weight swing on the mare and second-up should only improve fitness wise. Will get out over ground in time and looks in for a big preparation. WORTH A RISK is a handy pick up for Steve Wolfe. Interesting to see how often he races her. Pearce Brothers tended to space her runs. She’s fairly fool proof race pattern wise. SUN CHACEN has been competitive in better races than this over his career. PURPLE PEARL is still building.

MR CAUSEWAY gave Roy Rogers his first winner of the Great Southern season in the final event at Albany on opening day and looks like he can make it two from two in WA from the ideal barrier. Lead throughout and dominated from the front fresh and while this race has a big more speed in it, they’re all drawn outside and that should ensure that Mr Causeway can kick through to either lead or box seat. Roy’s horses don’t usually go backwards after they win. TRAMONTANE is a fresh horse and a talented horse. If he’s ready to go fresh he can make a race of it. BLUE LINE was a really good win first-up. If he can reproduce, he’ll be right in the finish. POWERFUL finds a new home. Was knocking on the door in metro C1s.