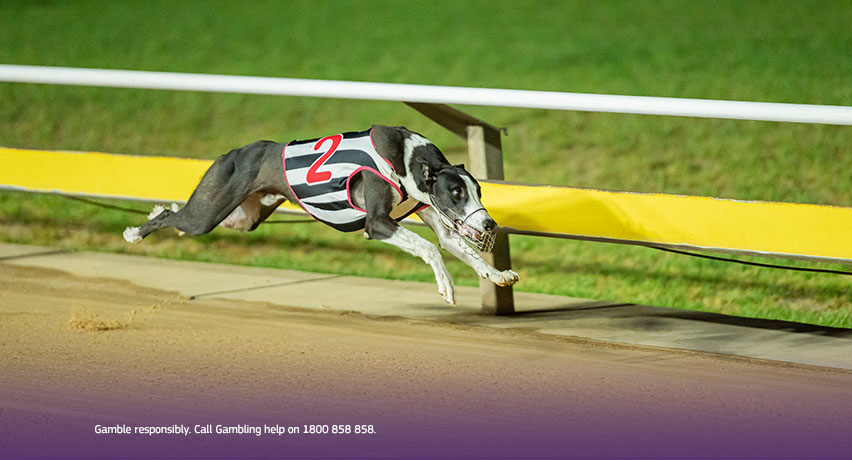 Form isn’t flash but then again, this is a fair old class drop as opposed to what she been racing. Can step and if she lands close, will prove hard to beat. Well boxed.

Only has to offset the box to be a force here. His 22.7 will test these right out if he builds early momentum and has a touch of class over his opposition and looks an EW bird here.

Well this is a little extraordinary. Grading is always something that takes some understanding and this bloke landing in this field is incredible to say the least. Has light years on his opponents in class alone. Now while he is tardy early and it can cost him, his form line suggests this field are all running for 2nd. Lethal record here, only 3 or 4 in this field are genuine and he can dispatch those with half an ounce of luck. Will be surprising if he gets beaten on his merits. Bad luck is his only concern.

The 5 goes fast when he hits the ground and can accelerate to the arm here and that would be it. Box only issue but can also step and offset that. The 6 is a good smokie here. She is a good honest chaser who puts in every time and will look to go quick out wide early. Hard to beat if she gets over.

Last chance. No more if she does not use this box to advantage this time. Wide runner in 2 means she should just waltz up here early and take over and there will be no excuse from there. Stuck on well in a tougher race last week. Must get it done here.

Track and trip specialist who is drawn to figure here. Has raced the better short coursers and has several smart wins to his credit. Look for him to step quickly, muster and be there at the end with a clear run.

A couple at odds here who can figure on an EW basis. The 2 is promising and he has a great draw here. Placed in fair time here and is strong. As is the 4 who can look awkward but winds up hard and hits the line well. Will be looking to get to the middle up the back and descend from there. Both small EW players.

Race 5 No. 2 Speciality and No. 7 Courteous Reiko

I think the 2 can shock the life out of these after finally drawing in at this track. Can burn the clock to ash when he’s right and I reckon he is, he just isn’t getting the luck. Huge chance if he can secure that first turn run. The 7 is double figures and that gets our attention immediately. Has a massive engine and bolted in at Sale last start. Can come from anywhere and do anything when she winds up. 2 on top, save 7.

The 5 can’t draw a box but he’s highly promising and if he shows his best box manners, would carve these up on the arm so let’s see if we can’t get him to hop out. Old mate in 2 is honest and has pulled off some big upsets recently. Constantly flies under the radar and will make his usual fast run up the back. Distance suits.

Can run into this now we are down to 6 starters. Take a bit to get going but once he does, has some big middle and last sections. Likes this track and trip and will be storming late. Top 2 player.

The McKenna Memorial and we are playing as wide as it gets here. The 4 has been superb for us recently and is way over the odds here. She can lead or come from behind and puts in every start. Will look to settle forward and give another tremendous sight. The 5 is a huge hope as well and he’s very under rated. If he gets a clear run he will hit the podium. The 6 is also not hopeless here and can run time. Will be fitter this week and don’t dismiss. All 3 dogs in excess of $26 and can all run EW races in a very open McKenna.

Superb effort last start behind the flying kennel mate. Got to the middle, wound up and smashed the line hard. Well boxed here and if gets half a look through the first turn, they best start looking over their shoulder. EW bird.

Another highly promising type who has a great middle section and turn of foot up the back. A 29.6 winner here and only has to offset this middle draw to be a major force. Very hard to beat.

One very different dog when he draws the pole. Wide runner outside him, he will settle forward here and can descended on the fav late. Monster hope tonight thanks to the box and won’t be missing top 2 with any luck.

Doesn’t win often but that changes tonight with an ounce of luck. Well boxed wide and while he lacks muster, has a big middle and last section and can drop on these turning for home. Can get carted into this and he is ready. He is EW odds as well but will be best bet to at least hit the podium. Won’t miss a place with any luck and wins with a clear run.

Can surprise here. Works into his races strongly and has reeled off some very good runs recently. Not badly boxed and and look for him to push up out wide and insert himself into this up the back with a few stayers getting back. Great quote and place heavy play.

A couple at odds in an open race. The 8 will go fast but he needs to step at box rise. Can go his 30.5 up front if he does and that will take some beating. The 6 as always will get to the outside and look to run into it up the back. Constantly hitting the podium and will be outsider here but won’t run like it. Both solid EW hopes.

The 8 just wins this if he turns up. Has superior form here and no luck last start and has been racing much harder races than this. Looks the one. Small save on the 5 EW who is the one to come from back here and hit the line. Can capitalise if the fav goes wrong. He shouldn’t though.

and No. 7 On The Tequila

The 4 will look to muster quickly here and when he finds the arm he is a very different dog. Will prove the yardstick. The 7 is enigmatic and can be frustrating but when she arrives to give her best, she can win most races. Will look to insert herself up the back and is very strong.

Outstaying performance by the 4 last week in a heat of the Cup. Box 8 brought him undone but his effort to recover for 2nd was just tremendous. Highly promising and only has to get a first turn run here to win. The 6 is over the odds and can surprise here. Former WA dog now in a top QLD kennel and can run time when he’s on. Box his only issue here but can come from back. Save there.

Race 4 No. 8 Fantastic Radley and No. 7 No Regrets

This is for the stayers who didn’t qualify for the big one. The 8 is ready to win here. Has not quite lived up to his reputation from SA since arriving in QLD but showed last week that he can win a race like this. Perfectly drawn and will look ominous throughout. The 7 is incredibly quoted again. She is far from hopeless and can settle forward here at the big price and give a sight. Don’t dismiss and have a small EW spec on her.

No. 2 Super Estrella and No. 8 Drako Bale

The Group 1 Queensland Cup. The 3 goes on top here. Superb in her heat after settling back and probing for runs. Once she got them, she unleashed that trademark run home of hers. Will look to do similar at a silly double figure quote. Just keeps coming. Knows the track backwards and a huge EW show here. The 2 will look to spear out and take up the running. Led all bar the post in her heat but that was her first look here and had only had 3 x 700s in a month. Fitter and will give a tremendous sight. The 8 is overs here and yes boxed to slide up early and be prominent. Also had his first look in the heat and was super behind Bedrock Fred. Capable of sweeping around early if there is any trouble and will give a great sight at big odds. Main play on 3 EW but we can have small saves on 2 and 8 EW as well.

The 4 has one of the best musters you will see when given room. He might just get that here with the dog inside him. Strong and can sustain a big run home from back. Just needs room early to operate. The 7 is a track specialist and she is a nice solid type over this trip. Coming off a Cup heat and open class races, she will try and go forward early and sticks on hard. Big show both dogs here.

The Group 1 Brisbane Cup. What a great field. We are playing a couple that won’t be in the early battle here. The 6, what’s left to say? His run last week was like watching a volcano that’s about to erupt. Once he gets where he wants to be, it’s like watching him jump into hyperspace on Star Wars!! Came from an impossible position to nail Black Magic Rose on the line to keep his unbeaten record at this track intact. Drops to the fence here and then it’s a matter of right run at right time. EW all day!! The 4 is the smokie. She too secured an inside run at the first turn last week and once she took over that was it. A 14 time winner here, she can run time, lead or come from behind (which she usually does lately) and will be also on that fence early waiting for the first turn to arrive. Will be strong late and will be a great EW quote. Backing both dogs here for one of them to take the feature out.