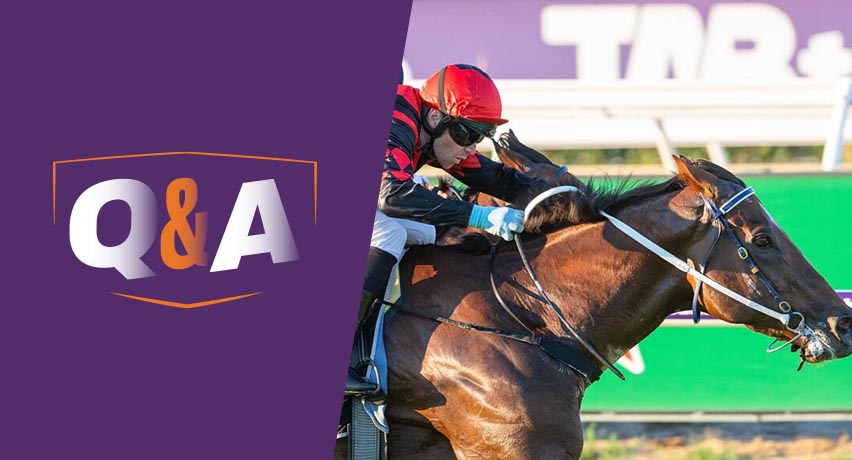 The Easter Bunny has come and gone for another year, as has round five of the AFL season in which Fremantle staked their claim for a top-eight berth ahead of what promises to be one of their biggest non-derby matches at Optus Stadium. Diggers and TC are back for a review and preview of all things racing and sport.

TC: Now Diggers, before we start. You’ve had a few strong words around the studio about West Coast. The stage is yours now  to have a rant. Go.

DB: I’d argue it’s not a rant, rather a harsh critique. They were deplorable against Sydney, you cannot view that match any other way. They were obliterated inside the centre square, couldn’t contain the Swans on the spread and went inside their forward 50 on just 29 occasions. Their season is done. Do you see it differently?

TC: Yes, that is a rant. In all seriousness, you are on the money. The most frustrating thing is the effort levels fluctuate wildly and some of their senior players are at the head of the list.

DB: You’re picking some low-hanging fruit there. My issue with them is they haven’t got a handle on their list and that involves some senior players, notably the former skipper Shannon Hurn and Josh Kennedy in attack. Have those two gone on too long?

TC: Absolutely they have. We spoke about it on The Sports Daily at the end of last season and we were in agreeance that the tough call had to be made to move those stalwarts on.

DB: One last one before we talk Fremantle. Is the coach’s reticence to drop the hammer on certain senior players at selection wearing thin?

TC: I don’t think it’s wearing thin, but if they’re in this same position in six weeks’ time and aren’t getting games into kids, then it will wear thin. Before looking back at a good win, is Saturday night Fremantle’s biggest home game ever at Optus Stadium?

DB: Outside the western derbies they have hosted, you could mount an argument to say yes. It is a massive game against Carlton and a winnable game most importantly. They have been really impressive and have the wheels and tank to run over the top of sides. How significant was the win over the Bombers?

TC: It was very significant for a young side building and gaining confidence that their game stands up outside the comforts of home. There is still plenty of upside. I like the look of their backline and the fact it’s added speed with Clark, Young and Walker, albeit whilst making some mistakes due to inexperience. Do you think they beat Carlton?

DB: Yes. It is most definitely a game within their reach. They score heavily when the switch is flicked, they defend well and their ability to impact the contest off turnovers is being spoken about now which is a wonderful thing. Like you, I wince during the course of games about some errors that are made, but that is the evolution of a young side … mistakes will be made. I’d rather them making an error taking the game on than playing safe time and time again like their cross-town neighbours.

TC: Is that your final shot at West Coast? You seem very heated.

DB: Not at all. I call a spade a spade. I’m not hear to throw stones given I support North Melbourne, who were embarrassing for the most part on Good Friday against the Western Bulldogs.

TC: You mentioned last year’s grand finalists there. After five rounds, who are you top four seeds?

DB: Good question. Melbourne could be one, two and three to be fair. They are a dominant No.1 seed. Other than that, I like St Kilda because they’ve got cattle to come in, Brisbane have started well and maybe Sydney. That’s my top four. Ask me again if Freo take down Carlton to get to 5-1. What’s your top four look like?

TC: Melbourne and Brisbane are one and two. I’m still happy with Sydney at three, there is still plenty of upside with them. Fourth I will have St Kilda just ahead of Carlton. I am starting to believe in the Saints also.

DB: Can I ask whether you are with me in declaring that this upcoming round is the best of the home-and-away season?

TC: Being a Collingwood supporter makes me biased, but having the privilege of being at the MCG on Anzac Day, I would agree. A crowd of 90,000 plus at the MCG whilst the Last Post plays and you can hear a pin drop is truly remarkable.

DB: The Anzac Day eve game now between Melbourne and Richmond is also a bucket list event for many. Does that hold true for you?

TC: The visuals of that game are outstanding. The MCG in darkness, fans with their phone lights on and the flame ablaze gets the hairs on the back of the neck standing up. Let’s talk racing now. Has the Good Friday meeting at Ascot still got the same appeal as it did five years ago?

DB: I think it does. It’s a great day for families to head out to Ascot. The Marjorie Charleson Classic was a ripper. It was just a shame that the field fell away in quantity and then Searchin’ Roc’s was scratched after she wouldn’t load. I’d love to see that race at Listed level and I think you would then get an even stronger representation which only enhances the product.

TC: Would you prefer to see the Saturday calibre races runs on Good Friday and then the Saturday meeting be a virtual midweek card?

DB: No. I think the balance is right. Your Saturday meeting needs to be your best of the week. The Melbourne Cup day card is effectively a midweek meeting, but it has a Listed Burgess Queen on it, which makes it all the more appealing. The sooner the authorities upgrade the Marjorie Charleson the better. Did we learn anything from Snowdome’s win in the Group 3 Sires’ Produce Stakes?

TC: We learnt that it was a stroke of genius by Neville Parnham to bypass the Karrakatta Plate. Other than that, I don’t think we learnt a whole lot due to the fact the race was run at such a muddling tempo. Having said that, Snowdome has flashed plenty of quality and I think he will only get better as a three-year-old. What about Good Friday? What was your takeaway from the feature out there?

DB: Amasenus is a just a bloody good mare. That we already knew, but it was reaffirmed there on Good Friday. I thought Buzzoom was a touch plain after having every possible. I’m looking forward to some of these starting in the Listed Sheila Gwynne Classic. What tickled your pickle over east?

TC: Cascadian’s win in the All Aged Stakes and the job James Cummings has done with him was the highlight for me. It just outranked the win of She’s Extreme in the Group 1 Champagne Stakes and victory of the mighty Kementari. Did you like Special K’s win, Digby and I’d be interested in your thoughts on Nash’s ride?

DB: It was a courageous effort. Courage and Kementari haven’t always gone hand in hand, but credit where it’s due. He was very good the horse. And Nash was brave. Really brave. I think he’s shown more commonsense previously than looking to punch through that gap, but if you own or train the horse, you couldn’t be anything but complimentary over the steer.

TC: Just before we go, I must admit the Perth Wildcats look in a little bit of trouble. Your thoughts?

DB: They’re not humming, but give me their plight over that of Perth Glory, who have just been thumped 6-0. But I am with you, the Wildcats are on the watch list as they bid to reach the play-offs again.