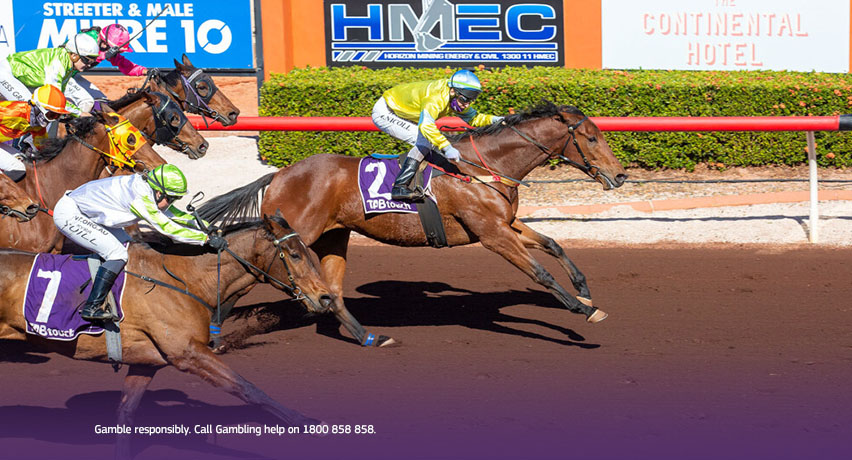 GINGER JIVE finished second at Derby and then went into a 58+ 1100m when only beaten 4L by Guarded (winner of three), City Regal (winner of two) and Advocator. Not a bad effort for a maiden and gets her chance here. CONTENTO BOY finished second to Testifying, second to Lindram Walter and then a moderate fifth behind Needs Time. Has skipped a meeting or two and comes back to 1200m. Was knocking on the door previous and should go close. TRADE MAGIC beat hime home behind Needs Time and last start raced in a C1. COMMODORE GAL heads to Rob Gulberti after two moderate 950m trials at Lark Hill. Does look to have some speed which helps.

GLENAUREEN was some sort of win at his first start on the dirt. He missed away by 3L (that’s normally game, set, match on the dirt) but somehow sustained a huge run to score by over a length in the finish beating home main rival Husstarr. If he can leave cleaner and/or stay out of trouble he looks hard to beat again. HUSSTARR look the logical danger. He does everything right and battled hard at 1800m last start. Better suited back to a mile. AL MAHALO was well supported at Derby in his first outing on the dirt. Ran well and should go well here. JOHNNY REB is consistent.

LINDRAM WALTER has only had one start in Broome and it was a dominant 1200m maiden win by over 3L. Hasn’t been seen in a month which is a bit of an unknown and a slight reg flag but trusting in the powerful stables of Sean & Jake Casey and the ride of Bonnie Palise to get him out and over the speed and prove too strong for them late. NEEDS TIME was only fair last start. Didn’t find the top but was afforded every possible chance in a 10/10 from Yuill. KENTUCKY DREAM is going super but his racing pattern is always against him. SO BIRIKKINO is racing like he’s looking for 1300m or further. Love the way he kept coming late behind Ornamental Belle.

DESERT THORN is a marvel. He has been a popular animal in these previews over many a season and he looks back to his brilliant best. Put the writing on the wall two starts ago and then defied a bizarre drift last start to score with authority. Luke Campbell knows him now and that’s worth lengths on a horse like him. PIT TO WIN couldn’t get into the race last start. Previous two wins were excellent both to the eye and the clock. No surprise to see him bounce straight back. DANCE COCKEY doesn’t run bad races. Always there abouts. NATIVE CHIMES brings intrigue at her Broome debut. In theory she should be hard to run down.

POWERFUL beat home Bart’s Bullet and subsequent winner Kennedy two starts ago in a 58+ 1435m by just over 2L. Meets Bart’s Bullet 2kg worse at the weights but is drawn barrier 1 to kick through and lead or box seat and from there he looks a big chance of making it three on the bounce track and distance. BART’S BULLET and DANEHILL STORM will both come out running and expect that they’ll be looking to cross if possible. MAGIC WILL REIGN comes out of higher grade but is yet to find his feet on the dirt.

SHEIKH IT looks a really attractive and relatively safe eachway investment in the 2022 Kimberley Cup. The Cable Beach Caravan Park Cup was taken out by track specialist In The Bag and was dominated from out in front. Thought the effort of Sheikh It to fight on from the breeze was strong and with a senior rider aboard and an eachway price on offer should be going close. Like the way he’s going and Jerry Noske makes the big call to jump off Diamond Tonique to ride. BUTTERLEA LAD has really turned a corner. He gets 1kg on Sheikh It and travelled boldly throughout last start. SUPERIOR SMILE brings X-Factor at his first start on the dirt. MEDIA BARON is classy but the weight and his racing pattern likely tests.

KORANIS bails out of the Cups series and comes back to a 58+ 1800. Finished second to In The Bag in a 64+ 1600, finished second to Sheikh It In a 70+ 1600 and now finds himself back in grade and drawn to get the run of the race. 56.5kg after the claim of Angela Johnston and should be right in the finish. Huge effort in the Cable Beach Caravan Cup when wide throughout. STEVIE’S WONDER looks to be building towards another victory and is capable of sustaining a run. BULLETSON was a forgive at Derby and a blinder previously at Broome. Keep safe. YANKEE LIMA showed last start it won’t be long until he pinches one in the NW.