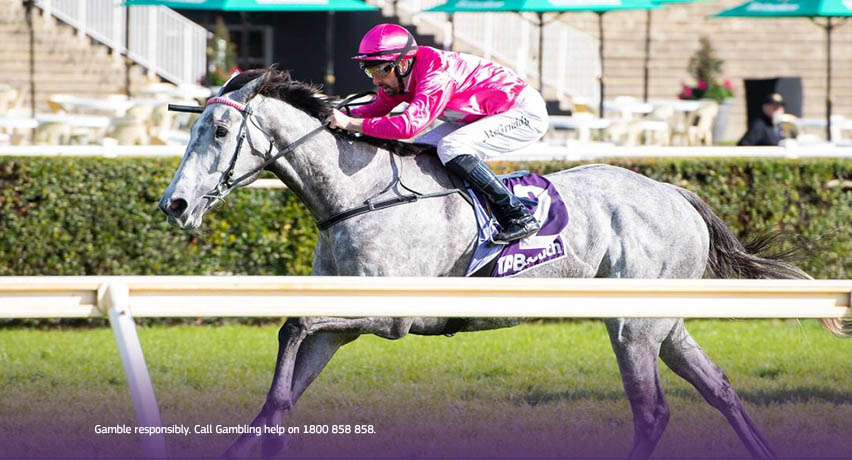 WORK IN PROGRESS comes from the Bustler form reference race that most punters will be pretty keen to follow and could well provide another winner here. Was backed to knock off Rumour Says first-up and flopped badly but rebounded last start to prove the ability that she has shown at trials. Maps a treat and should get every chance. MOCHA DREAM has trialled up well. Should be able to hold a position in running from a favourable gate on debut. UNIVERSAL FLAIR finished 3L off Amelia’s Jewel on debut in a Supremacy Stakes. She’s very quick. FORTUNE’S LUCK has trialled with Mocha Dream and doesn’t look to be much between them.

ETOMORP looks to have some upside. Resumed from a long spell (March 2021 to July 2022) with a fast finishing second behind Positive Impact and then backed it up with a dominant Heavy8 last to first victory at Pinjarra when backed as if unbeatable in betting. Can hold a better position from the draw and looks a horse on the rise. INAHAPPYDAZE should roll to the top and gets things all her own way. She has seen a Heavy8 once and fought on well and the Pearce Brothers are flying. ELDORADO RIVER is bursting to win a race but simply can’t get a gate or race run to suit. POPCORN TENDER can position up and whack away.

KEEP ATTACKING looks to have found a great race to make it two on the bounce. Won impressively on debut when given a 10/10 by McNaught and beat home subsequent 3yo 0MWLY winner Brave Venture. Had excuses at start number two and then bounced straight back into the winner’s circle last start with a C1 win over Dorado (who won a 60+ Graduation last Saturday). Not much speed in this and should be parked right behind them. LORD AUGUSTUS might be thrown into the role of pace-maker. Handy enough type on his day and an improver at odds. SHE’S A SWEET DEEL is two from two second-up, two from two on Heavy tracks, drops in grade and reunites with Shaun McGruddy. Plenty to like about her. PEPPER ASSAULT will get it cheap either leading or box seating.

NO APOLOGY and BRAVE DREAM met on 9 July 2022 on a rapidly deteriorating Soft6 (race times suggest it was closer to a Heavy8). NO APOLOGY came out victorious and then was able to pull late ground off highly in form on speed type Savage One 7 days later. Racing really well and looks hard to beat again. BRAVE DREAM gets a senior rider on compared to the last time they met and she was good enough last start dropping back to 1400m. Looks the danger. WESTRIVER MIRCALE is going through his grades but this is a big jump. SCORPION STORMZ next best.

THE VELVET QUEEN has her first attempt at 2200m and the way she races you’d think that’s exactly what the Doctor ordered. She’s seen two Heavy tracks and finished in the money on both occasions, she backs up off 7 days, she has the bar plates coming off and she’ll enjoy a cheap passage from a soft draw in a small field. Should have too much firepower late. BOLD SUCCESS is consistently knocking on the door. Does his best from the breeze and you’d imagine he parks outside Our Norman here. RELIABLE STAR is going undeniably well but she’s likely to settle last and has a new rider. CRESCENT CITY was the target of big money before the meeting was abandoned on 23 July.

UNCLE GERARD did plenty wrong at trials when parking three deep the trip but kept coming finishing second to Snippenova. Gave Tash Faithfull a nightmare steer on debut when over-racing and wanted to climb over the back of horses at various stages. Huge effort from both rider and horse to finish second and if (big if) he jumps cleanly he should (hopefully) stay out of trouble. Raw but talented. FLY AWAY HOME got caught three and four deep in the same race and the middle of the track was quicksand that day. Improver. MIA GUSTO is the winner of two from three and showed a sharp turn of foot to win the same race again. JEANELLA tried hard behind Revitup.

REQUISTION is 0 from 14 at Belmont Park and 0 from 13 at the Belmont Park 1000m, it feels criminal (idiotic?) to be even contemplating him as an on top selection but he was strong behind Ghost Who Walks, excellent behind Glasgow Girl and maps a treat in a race with a tonne of speed (Sockoff, Born To Rule, Ultimate Command, Glasgow Girl). Has been three deep outside the leader his last two and now finally gets some cover. Eachway and pray. SOCKOFF has only won down the 1000m straight at Pinjarra but her Soft7 trial was electric and her soft6 win was effortless. Swims and is rapid. BORN TO RULE is a wet track only commodity. She can tow ball Sockoff. STORM COMMANDER should get a nice run midfield with cover.

PHANTA resumed in a C3 with 61kg and made them look silly winning by 6.6L eased down. Went to a 66+ last start, lead, kicked and held off Ginger Flyer (subsequent winner) and Flying Missile (subsequent winner). Looks like he’ll lead again and Brandon Louis is riding him particularly well. BLOW ME OUT finished fourth in that race and meets him 2.5kg better for being beaten 2.5L. Should close the gap. REGAL MAGIC was enormous last start when stood on her head at the top of the straight. No weight on her back but likely to settle last. MULTINATIONAL has returned to racing in excellent order and is tough. Has to breeze outside Phanta which makes it harder.

LITTLE FLIRT is a consistent and honest wet track mare. She’s a 3 time Soft6 winner, a Soft7 winner and whilst she’s best known for her ability to close off races with a big turn of foot she actually has plenty of tactical speed. Should park just behind Success Play and Awesome Chatter and from there she’ll enjoy a lovely run in transit. SUCCESS PLAY doesn’t win out of turn and is deep into his preparation but he continues to race well. COSTA DEL SANTO caught the eye from a mile off them at Pinjarra behind emerging 3 year old Oly’s Choice. AWESOME CHATTER got caught up in serious traffic last start. Should have finished much closer.

AXEL ‘R’ EIGHT brings intrigue at his first appearance for Ash Maley. Has always been a horse with ability but has been a hard horse to keep sound over the years. Thought his recent trial over 1000m was excellent (fastest of the day) and he is a stayer fresh. Think he can park up over the speed and run a race here. MAHALEO is flying but barrier 9 of 9 is pretty tricky for Lucy Warwick to navigate. Tough watch last start when unable to get clear at any stage in the home straight under 60.5kg. CATALPA is a last start 3 year old 62+ winner. That form more than stacks up here. MR MT WALKER rarely runs a bad race.

DIG DEEP is caught in between grades. Isn’t quite up to them at WFA, gets 61.5kg in a 78+ and the SWP Listed races are few and far between. These 84+ features give him a fighting chance and his recent mid-prep trial was great. Looks well on track marching towards the Hannans and can run a big race here without surprising. SAVAGE ONE beat home GINGER FLYER by 1.5L last time they met on 2 July and only concedes her half a kilo from that encounter. Likely to roll forward and sit up outside Nowhiteflag. GINGER FLYER can take a sit on the speed and enjoy the run of the race. NOWHITEFLAG in the words of Shaun McGruddy “a box of chocolates”. Seems to be Chocolate Mint without Shooter in the saddle. And to all you Choc Mint lovers – it’s chocolatey toothpaste. No.

FALSE STATEMENT is hard to catch and I’ve nearly given up on many occasions but here we are again. Goes well on wet tracks, runs for Shaun O’Donnell, is well suited in this grade and in an ugly race without a natural leader there should be a three deep train building. Goes round eachway and runs another eachway race. COLD SHIZZLE beat him home two starts ago and see no reason why he can’t do so again here. Should land in a prominent position in race without any real speed. SEDUCE ME is going well and has a nice turn of foot. HIBISCUS LADY has run four solid races since arriving in the State.