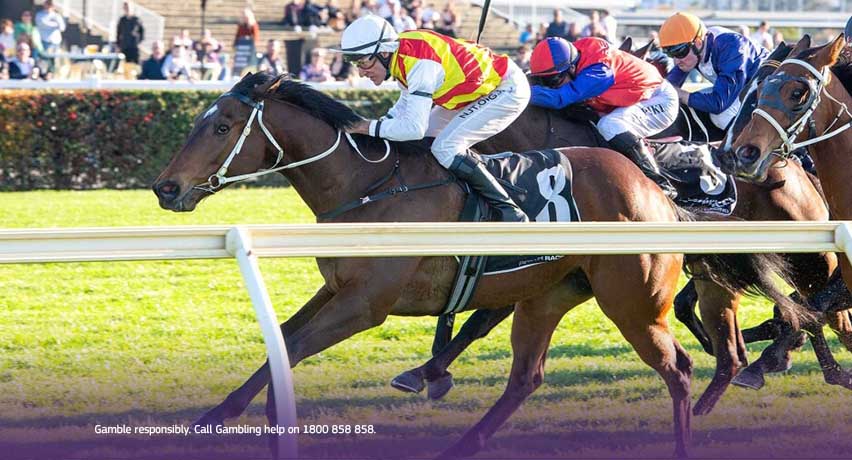 HENCHARD is only coming from a lowly Northam maiden where he enjoyed the gun run on the back of the leader, got up along the inside and went through to score, however, he did it soft, he did it in style and he looks highly progressive. Pike sticks, drawn a gate to enjoy the run of the race and looks a horse on the rise. CELEVACCI is the stablemate and the testing material on paper. Undefeated after two outings but is drawn awkwardly and CJP will need to make an early decision on whether it’s forward or back for him. FAR TOO STRONG was scratched from Thursday to save for this. The way he raced as a 2 year old the further the better for him so no issues with resuming at a mile. RIVER RUBICON got going late in his maiden win (successful protest) and Steve Wolfe can find a youngster.

KAPTAIN KAOS has had six starts for Michael Grantham for 5 wins and a third. Resumed this preparation with a barnstorming 60+ Graduation win down the centre of the track and then last time out looked in pain at the 600m when worked on by Chris Parnham. Kept finding under pressure, kept fighting and got the job done on the post in a gritty and determined victory. Continuing to work his way through the grades and looks to have bigger fish to fry at some stage in his career. REBEL KNIGHT was strong in the same race as him last time out and meets him 2kg better. Come back to racing well and looks the danger if Pike can work to the breeze. ZEPHYR QUEEN will appreciate the rain around on Wed/Thurs/Fri because she is the ultimate winter wet track mare. Honest as they come and tough as old boots. RED PUBLISHER is still racing consistently as a veteran 10 year old. Maps a treat too.

APPLE SCHNAPPS has definitely turned a corner in recent months. Took a long, long while to break through C1 company but since the wet tracks have presented he has grown a let. Winner on a Heavy8, Soft7 and Soft6, with all those three wins being weight carrying performances with 59+ on each occasion. Arguably strikes a weaker field than he encountered last start and the form has proven strong with both Jaguar Grey and Double Jeopardy winning Wednesday. DANCE COCKEY took his great NW dirt form from Broome and Newman to Northam when going down fighting in the last stride. Should have enough toe to kick through under Snipillicious and Famous Jurney. GOD’S BLUE SKY brings Esperance form. Darren Taylor can improve a tried horse and this mare has ability. SNIPILLICIOUS was scratched from Wednesday to save for this.

WAR GEM backs up off 7 days after hitting the line late behind talented front runner and undefeated Grant & Alana Williams gelding Red Fifty Three. Neville Parnham takes the shades off and puts a set of winkers on and this looks a thinner race. Drawn another ideal gate, has shown sufficient speed to hot a position in the run and holds a big tactical advantage over main rival Buzzoom. Has a turn of foot and looks to get every chance. BUZZOOM sat three deep working throughout first-up when finishing second to a raw talent in Bitofmerit. Likely to do it tough again or settle rearward which has been poison at Belmont the last month. PROBITY chased particularly hard at his second career start when flashing late at Ain’t No Other Man. Kept coming in the recent trial. REBELZONE caught the eye in her one and only trial.

LA FAROLA put the writing on the wall first-up with a massive run which looked good enough to win her the race before Notorious One hit overdrive and reeled her in over the last 100. She stayed at 1400m last start, had to be put into the race turning for home with nothing taking her into the straight and was run down late, mainly by horses along her inside on a day where the first two lanes were electric. Gets another go stepping out to a mile in a race where there’s a stack of natural tempo. NO APOLOGY again looks the map horse. Drawn gate 1 to stalk the speed behind Mr Delegator and Dictator. FANGIO showed she’s got many wins left with a first-up no trial 72+ victory. Roy Rogers has her flying already and she should only improve. Over to the Wizard to produce another peach. BAD WOLF has won his last two and gets the right run.

INDIGO BLUE finished only 3L off Kissonallforcheeks, Magical Dream and Triple Missile in a Breeders Classic and finished 1L off Magical Dream, Allmamoney and Hot Zed in a 3 year old 62+. Should be very strong form for a 60+ Graduation. Has tactical speed and may need to use it given the barrier draw but if she gets a half decent run she’s got a lot of ability and is capable of going through the grades as a 4 year old. CAMPESE is going to divide opinions. Huge run when matching motors with Kaptain Kaos down the middle three starts ago, looked luckless when pocketed leaders back behind Zephyr Queen and couldn’t get out two starts ago and then last time out again had serious traffic issues and didn’t get clear until the race was over. The question is, once he got out, did he let down like you’d want to see? IMAGE KEEPER did nothing wrong last preparation. This is his toughest test yet but continues to raise the bar. LITTLE FLIRT is flying and any rain only enhances her chances.

EXCELLENT DREAM had his debut for Simon Miller in the Jolly Beggar at 1000m. At this stage of his career not really a 1000m horse and was drawn wide on a day where you had to be on speed or against the fence. Didn’t exactly flatter in the run to the post but getting out to 1200m and drawn barrier 1 in a race without speed means that he can kick through to lead or box seat. Sharp improver and a live chance at double figures. ISEERED ISEERED was plunged at his first start in 78+ and didn’t let punters down. Got LK Fernie dreaming of a Winterbottom and he looks an exciting and progressive 4 year old. CRYSTAL SPIRIT likely settles last which makes things tough but his last three have been unreal. SON OF A GOD gets a lovely run close handy to the speed.

SEMINOLE BRAVE steps out to a staying trip for the first time and is drawn to get an economical run behind the speed. Building and building into the campaign and looks like going around double figures in a wide open staying race. Should be travelling into it and if he sees out the distance, he’ll be a chance at odds. RED HOT TIP was held up at crucial stages first-up and unable to build any momentum. Second-up came home in 33.85 last 600 and has the strong Brave Dream form to his name. Gets out to his preferred trip and looks like creeping into the race three deep with cover. SOWAR was put into the race last start and Shaun McGruddy was almost rewarded for a wonderful piece of riding. AXEL ‘R’ EIGHT toyed with them in a midweeker last start. Runs the trip and takes luck out of his racing.

MOOD SWINGS found the front at his return to racing and gave a wonderful kick at the top of the straight. Unfortunately, that kick meant that the favourite Spin The Knife got off his back and zapped him but it showed that Mood Swings is in for yet another great preparation. Sits on speed, does everything right and always gives a sight. ALL DAY SESSION was luckless last start when held tight without being able to get into clear air for a big portion of the race. BOOMTASTIC is proven in higher grade than this and if Pike can get her to the breeze she’s a live chance at her first start for Pat Keating. SOLID AZZA is a hard mare to catch but she has a brilliant turn of foot.