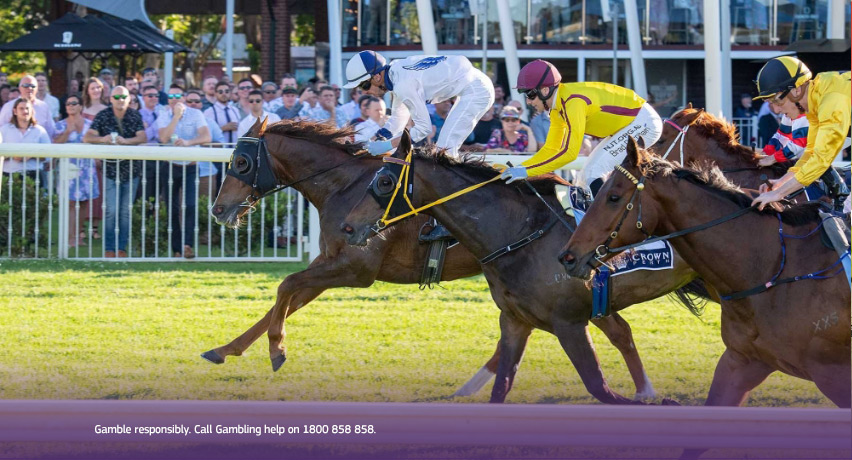 CLAIRVOYANCE was scratched from the Belgravia Stakes last week when $1.60. 7 days later she returns into a 3 year old set weights and penalties race and really should be putting on a galloping exhibition on her way to the Colonel Reeves and the Winterbottom (or whatever genius path Darren McAuliffe has plotted for her). Likely rolls to the top or sits outside of the leader and monsters them from the top of the straight. You would think she opens ~$1.22. CHANTORQUE was $9 into $2.40 first-up when beating the older horses. Looks like Russel Stewart has himself a nice filly and she can run second to the boom filly. CHARLETON EDDIE gets 4kg on Clairvoyance after the use of Laqdar Ramoly’s 3kg claim. Should bring him closer. OUR DANNI is racing well and will win as soon as she finds a lower class Saturday race.

TIME TO SIZZLE steps to 1200m and fairly unchartered territory here but in a race with a hot top end tempo (Tajmali, Pink n Gray rolling across and Lacevinsky holding a position) she should park just in behind them and last start was clearly career best for her. Should be able to run them down from there. LACEVINSKY really is suited in this grade and seems to go lengths better for Pat Carbery than anyone else. He is knocking on the door. TAJMALI and PINK N GRAY are both fairly closed assessed as evidenced last start. Both honest and both tough.

TRULY GREAT probably stamped himself as Bob Peters’ Perth Cup aspirant for 2020. Lowly rated, highly progressive and has a powerful turn of acceleration. Last start they were absolutely walking in the middle stages and he had no right to win from where he was. He looks set to charge through the grades and take the summer staying features by the throat. BRITISH BESSY ran extremely well fresh as she tends to do each and every preparation. From the draw she can settle midfield and come with a run late. JUICING CARROTS simply grows a leg off 7 days. Worth consideration at a price. BEAUCOUNT was extremely well placed into 0MWLY grade at his most recent and reaped the rewards. Jason Brown has big shoes to fill.

HEAVEN’S GIFT resumed at an unsuitable 1400m in a race which was dominated from the front, on a day where it was incredibly hard to make any serious ground. She was luckless in the straight and savaged the line once she got into clear air. Steps to 1600m, draws far more favourably and if she can take natural improvement from the run she looks well placed to score. NOTORIOUS ONE is his own worst enemy. He does so much wrong in the run but clearly has some exceptional natural talent. Stable are still experimenting with gear in an attempt to get him to go straight and the day he does we’ll see a special animal. DECEPTION GAME gets in well at the weights after the claim and doesn’t know how to run a bad race. JAG THE JOKER gets it soft three back the fence and is racing very well.

SASSY TRADER resumed in a hot 3 year old 1200m race which contained the likes of Kissonallfourcheeks, First Law and Secret Plan. The overall race time was 5.5L faster than average and he had to lump 60kg. Drops 4kg, draws a gate and can stalk the speed from the inside draw. Looks a capable 3 year old and excellent placement against the older horses. TOMMY BLUE resumes and is one of the most talented C1 gallopers in WA. Has summer 3 year old form around Talladega, Cliffs of Comfort and Son of a God. Trialled well and Brad Parnham on fire. RIVER BEAU has similar form lines to Tommy Blue from last season and was a big effort last start. MISS FROST gets back but has a powerful turn of acceleration.

NICCOVI put the writing on the wall first-up when resuming off a long absence. She may have only won the one race but is Listed and Group 3 placed in Victoria and Listed placed in WA. Elite Street could well be on the path to the Winterbottom and she finished longside talented stablemate Boomtastic. Drops from 72+ back into 66+ and looks better suited at 1200m. COMES A TIME was backed off the map and duly saluted last week. Looks highly progressive and in typical JT Warwick fashion backs up off 7 days. SHERPA LASS comes from the same race and she is a talented mare who maps well. SOME SORT won well at Kalgoorlie but may have to burn early to find a position.

STAGEMAN was an emphatic winner first-up in the Black Heart Bart Stakes at Belmont when gunning them down in the last 50m. Got a long way out of his ground in the Crawford when Mervyn and Indian Pacific were rolling along in the middle stages of the race and skipped away on an on speed day. Should get more suitable track conditions on Saturday and he is racing in career best form. MALIBU STYLE is a model of consistency and his recent trial suggests that he is right on top of his game. Been a while since we’ve seen him in the West but all his Flemington straight 1000m form is strong. MERVYN is a brilliant money spinner and will always give punters a run for their money. Only knows one way, he will be running. ESSENTIAL SPICE was enormous from where she settled in running. Just wish she drew a gate.

INSPIRATIONAL GIRL is so perfectly placed by the Grant & Alana Williams yard. Has worked her way through the grades and won 7 of her 9 outings. The only two times she’s been beaten was on a heavily leader bias day and then when carrying 59kg when 2 months between runs (still clocking the fastest last 1000, 800, 600, 400 & 200). She gets in on the minimum, draws a gate, has tactical speed to hold a position and a powerful turn of acceleration. Already the All-In favourite for the Railway and could shorten further come 5:05pm Saturday. CUP NIGHT and RED CAN MAN were both huge runs in the Northerly Stakes for different reasons. CUP NIGHT was attacking the line and RED CAN MAN had to absorb all the pressure on top of a ridiculously strong early and mid-race tempo. Both on track for the Railway. UNI TIME showed a glimpse last start.

TRUE ATTRACTION was writing on the wall type stuff last start. Hadn’t been seen at the races since the 2019 Aquinita (July 2019) and chased hard behind Inspirational Girl. When you consider she is $2.50 in the Asian Beau and $7 in the Railway Stakes and he stays in 72+ grade he has to be hard to beat. By this stage of the day there will be a SW wind blowing and a 3 deep train which brings him right into the race. SPILLINOVA will stay out of trouble parked right on top of the tempo and is always hard to run down. KARIJINI AURORA was matching motors with Kay Cee for big portions of the 3 year old winter features. THE FUGAZI resumes off a long lay off. Highly talented type.