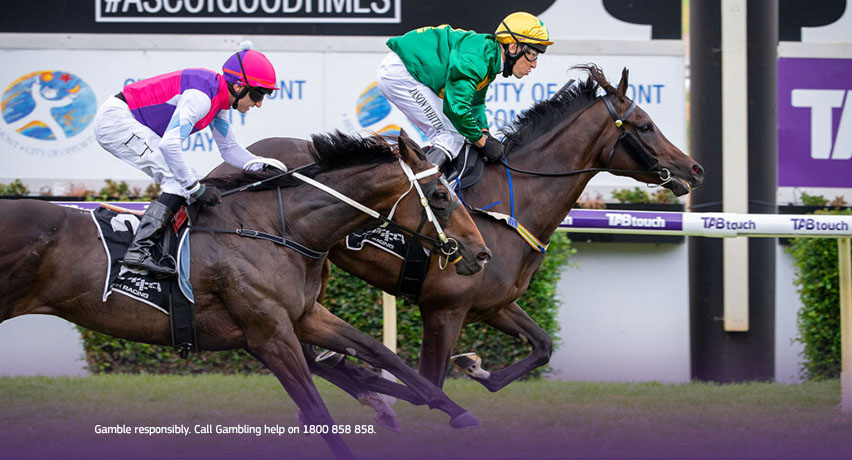 ACROMANTULA should be the perfect Holly Watson horse, jump, run, control and prove simply too quick over the 1000m. Last start Ziebell came out, which allowed him to dictate the speed and they never looked like being able to catch him. Crosses Reflectivity out of the gates and then gets things his own way out in front. EXPRESS TIME has had a massive campaign and is a proven weight carrier. She runs for Lucky Ramoly and has gunned down Spin The Knife previously. She’ll have to sit outside Acromantula and concede him weight. Big ask. STATE ATTORNEY won well at his return but these are sharper. REFLECTIVITY can tow ball Acromantula.

SNIPAROOCHY is on the 7 day back-up from her return to racing in a 3 year old Plate behind Metallon and Harmika, beating home State of Power, Rockin Rupert and Co. That looks excellent form for a 60+ Graduation and from the gate Brad Parnham has opions. She has the speed to lead this, but more likely takes a sit on Saffiano, Kia Ora Star and then it is up to Bradley Parnham to navigate a path through at the top of the straight. Nice race for her. ARRACITY has an awkward draw to contend with, however, she is a mare in form. SAFFIANO looked good at the trials leading into his WA debut. DUNBAR was a bit of a non-winner last preparation. Enter Peter Fernie.

SWEAR TO GOD was well thought of on debut coming through a powerful Belmont 1000m trial win, but it was how he won on debut that got punters excited about his future. He lead early, took a sit when pressured, came out and around heels and then extended right away from them late in a high speed 1000. Cops the standard 2kg penalty and is now thrown a wide gate but he looks versatile and he looks classy. Think he’ll have too much firepower regardless of where he ends up in the map. SNOWDOME was backed into favourite in the Perth Stakes and then went too hard for his own good. Shades come off immediately. NUNES has a turn of speed. Hasn’t had much luck so far in a short career. HERE NO CASH trialled up well.

PREMIUM CHOICE will be a big talking point in this 1200m Westspeed Platinum race. Came up from Esperance last start and was smashed in betting ($7 into $3.60) and those astute punters who followed him in were left licking their wounds after he missed the kick and found bad traffic in the home straight. Flashed late and was a ‘be on me next start’ effort. Stays in Perth and transfers to Tony Triscari who returns to training ranks after a long time working with David Harrison. Likely to be over-bet but hard to not be impressed. YOYO’S was a dominant winner at the opening meeting at the KBRC. Only a Kalgoorlie C2 but she won in style and can track the speed. SIR MAMBO is suited to this grade but finds it hard to win. KELVIN can park outside the speed.

FEATHERWEIGHT was solid at his return to racing after a long lay off when running second to progressive on-pacer My Mate and then backed it up with a dominant win when three deep the trip in a C3 midweek with weight under Brad Rawiller. Looks like he is back to somewhere near his best and he should only keep improving. Danny Morton’s strike rate last few months is back to its lethal best and this is winnable for Featherweight. HARMIKA was luckless last week behind highly talented 3 year old Metallon. Gets out earlier and arguably wins. Where does she get from the gate? WAR GEM attacked the line in a recent trial and has ability. MY BOY EDDY is still a maiden and this probably isn’t his race, but follow him.

SENTIMENTAL QUEEN should be able to park right behind the speed here. Would expect Comes A Time and Staralign take care of the tempo between them and with God Has Chosen drawn in barrier 1 it may well mean one out and one back for Sentimental Queen. She is a talented mare, she runs for Lucy and she again looks to have found a suitable race. COMES A TIME backs up off 7 days and has found out how to win. Admittedly this is a few lengths stronger than what he beat last Saturday but he travels like a beast and has a turn of acceleration when asked for an effort. The combination that will win you plenty of races at this distance range. STARALIGN ran well at his return and should only improve. Finds the breeze or the fence. GOD HAS CHOSEN flashed huge potential last campaign. Not sold on his two lead-up trials.

HE’S A PARKER hasn’t won a horse race in over 1000 days but he is going really well at the minute. Caught awkwardly between grades with his rating but has shown that he’s still competitive in Listed company with a fourth placing to Utgard Loki and True Attraction in the SW Autumn Cup and a fourth to sectional queen Jadavi in the Pinjarra Cup. Proven weight carrier, proven stayer, joins the three deep line and that looks to be where the winner will come from. TENA KOUTOU will also be in the three deep moving line that is likely to start to build and cover those on the rails from the 600. CHUCK A LUCK put on a galloping exhibition last start. Can he do it again sitting outside of Float Our Boat? BLACK CHIPS is a good old stayer. The harder and faster they go the better for him.

TRIX OF THE TRADE and ALASKAN GOD will hold a massive percentage of the market in the 2022 WATC Derby and on paper you would have to say rightfully so. TRIX OF THE TRADE won the Breeders, Challenge, Lex Piper treble before running second in the JC Roberts and Melvista. Comes from carrying 57kg at SWP to 56.5kg at Set Weights and so meets Alaskan God 3kg better at the weights from their Melvista encounter. Proved himself a stayer in that race and think the barrier is perfect for him to creep into the race three deep with cover and let loose from the 600. ALASKAN GOD is the X-Factor and the excitement machine who has won four from four this campaign. Travels strongly in the race and then lets down powerfully when asked for an effort. Love the way he goes about it and just needs a path through traffic. OUTSPOKEN LAD was huge in the Melvista and gets an identical run in transit. BLACK FANTASY doesn’t seem to corner at Ascot. Love to see him at Belmont.

HOLY GHOST is hard horse to catch, however, this looks really winnable for him. 66+ race without a whole lot of depth to it and with so many trust issues arising with the talented but wayward Big Bada Boom (including a new rider), we’ll put our faith in the Ghost. Second to Comes A Time in a 72+ and fourth to Brooklyn Pier, Kia Ora Star and Lipstick Flickers without his regular rider most recently. He’s going well enough. BIG BADA BOOM found his perfect race two starts ago was $10 into $3.50 and won accordingly. Last start was back to his old tricks. Nervous moments for Jordan Turner and Roy Rogers as the gates open. Class runner but trust his as much as Vlad. TRADE WAR got his chance last start. Gets some well deserved weight relief here and gets out to a mile. TIFF HAS SPOKEN got no luck last week.