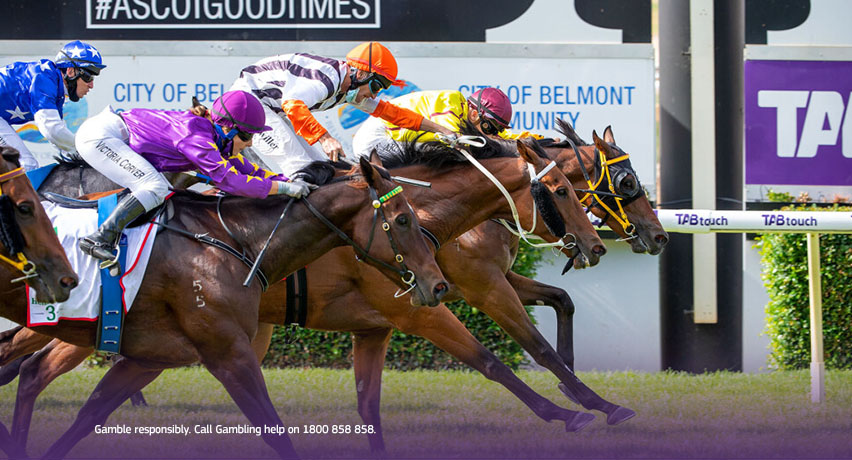 PINK ‘N’ GRAY has won 3 from 53 in his career as a rising 7 year old and has yet to notch an Ascot win in 22 attempts, but his effort last Saturday in a key form reference race behind Snipillicious was huge. He sat three deep the trip in a race where they never came up for air and he was nabbed on the line by Leica Jaguar for third. With any luck he gets a more economical run here and has shown he can back-up (placed twice in this grade off 7 days). LEICA JAGUAR is a back-up horse. Two wins off 7 days and backing up here from the same race as Pink ‘n’ Gray. Bars go on but he’s well suited to this grade. SIR MAMBO is drawn really awkwardly for Victoria Corver but as long as she doesn’t get caught three deep without cover he should go well. SHORT TALK is an all or nothing mare. Always willing to forgive a failure from her.

STATE OF POWER has come back a bigger and better filly this time in for Simon Miller. She broke 33 second last 600 to gun the older horses down in a Graduation two starts ago and then charged to the line behind Metallon last start. Gets 2kg on him, drawn better than him and with Shaun McGruddy suspended Metallon also loses his regular rider. This is her chance to turn the tables. HARMIKA was able to breeze outside Otheroneson last start and run him down with 59kg. She can box seat on Wuhan Warrior and Diamond Blue and measure up in Saturday grade. SNIPAROOCHY was ridden cold at trials and cruised to the line in neutral. Wasn’t her brilliant self last campaign. Keep the faith. METALLON has been gifted the run of the race his last two. This is his toughest test to date.

RIVER RUBICON looked in trouble on paper last start in a 72+ at 1200m drawn in barrier 7 of 9 in a race with a stack of speed. He still went around $2.15 even with those huge map queries and lost no admirers, in fact you could easily make a case the run in defeat was almost career best. Hit the line strongly against the pattern of the day and looked to be screaming out for 1400m. Love the booking of Paul Harvey and if he can work his way to the breeze he’s hard to beat. OTHERONESON has real X-Factor about him and you only need to watch first-up to second-up last campaign to see how quickly he can improve run to run. CATALPA was enormous last week. Wide, working and never gave it up. He’s ready to go through the grades. KAYMAY will settle rearward and hit the line.

PLAYING MARIKA is the pin up girl for quick back-ups. She is a three-time winner off 7 days, she’s a 7-day winner from the box seat and she’s a four-time winner under Lucy Warwick. Gets every single one of those conditions here. Drops 5kg on her effort last weekend behind Sentimental Queen and maps to get a brilliant tow ball run on Son Of A God and if she can track into it round the corner think she’s dangerous at an eachway quote. DOM TO SHOOT was huge off the back of a moderate tempo in the Grandstand. Can sit a pair closer and gets 2kg on Son Of A God. SON OF A GOD looked a mapped and weighted certainty last start and didn’t let punters down. Meets a near identical field and will be there for a long way again. BRUCE ALMIGHTY is as honest as they come.

GOLD MERITS is always going to need an ounce of luck in her races with her get back racing pattern. She didn’t quite get that luck last start when sitting behind Spirited Session who was taking her nowhere at the 600 as eventual winner Stella Fair snuck away from them. Always huge query on Westspeed Platinum form and always a huge risk involved with backmarking types, but it’s hard to fault the way she’s going. BLOW ME OUT has hit form and just needs a back to follow in the middle stages. TIME SCALE leads and tries to pinch it on the corner. INVICTUS DOMINI is better than what he showed fresh. Might be better suited following Time Scale here.

HOW’S THE SERENITY went around $1.75 in this grade last start in a race which contained talented and in form pair Mood Swings and Lipstick Flickers. Last weekend it took Buzzoom the entire length of the straight to grind down Mood Swings and so that form looks super for a race of this nature. Expecting Holly Watson to fire the mare out in an attempt to get across to the breeze or even the fence and think she can bounce back here. SUPER EX is flying and there is a big, big case that he should have won last start after copping significant interference from the riderless horse in the concluding stages. OUR BOY DYLAN looks the forgotten horse here. Both runs in this preparation have had merit. GUNS OF NAVARONE pinches one soon.

AMELIA’S JEWEL is a star. She’s only a 2 year old, she’s only won a Supremacy and a Gimcrack but she’s attraction nationwide attention and even starting to get some international attention from those with a following for her French sire Siyouni who stands at Aga Khan Stud for a whopping $208,000 (140,000 Euro). She’s all class, she’s an elite talent and the fractions she’s capable of running are at a different level to her opponents. The fact she was able to break an 11 second furlong on debut puts her up there with the best juveniles we’ve seen in this State and expect her to overcome the barrier handicap and win the Karrakatta Plate. In the words of Bruce McAvaney – She’s Special. LEFT THE BUILDING looks like a Sires Produce horse. He’s big, he’s raw and he’s still learning what it’s all about. STREET PARADE drew a peach on Tuesday with 6 of the last 22 Karrakatta Plate winners jumping from gate 2. SHE’S GREYSFUL was hitting the line well in the Gimcrack but concedes Amelia’s Jewel 1kg for being beaten home.

COMES A TIME got a well-deserved confidence boosting win last start when getting the job done in a 72+ 1400. This race doesn’t look any deeper or any tougher and he only rises 1kg. If he gets across to stalk the speed behind Patristic and Misty Lad then he’ll be very hard to hold out again. Love the way he’s going about it and is every chance of landing in an identical spot in running to last start. DOWNFORCE is hard to catch but he only has 53.5kg on his back and is going undeniably well. BROOKLYN PIER won well last week after getting through heavy traffic. Query on the depth of that as a form race as they all finished within 2.5L of each other. SOLAIA is the class mare. Freshened and back in trip.

ACERMETRIC won’t know himself with only 53kg on his back. Holly Watson jumps aboard a natural front running type and he goes round an eachway price. Has very similar formlines to a number of the fancies and there doesn’t look to be much pace in this. Might be able to get away with it and sneak away at odds. Wide open race and worth a throw at the stumps. BLAZING AWAY has gone to a new level since being ridden with a sit. Absolutely savaging the line at the minute. GENERAL GRANT backs up and drops significant weight. Expecting a level of support for him. CHICLETT was huge last start when three wide the trip without any cover. Wide open race and another live hope.