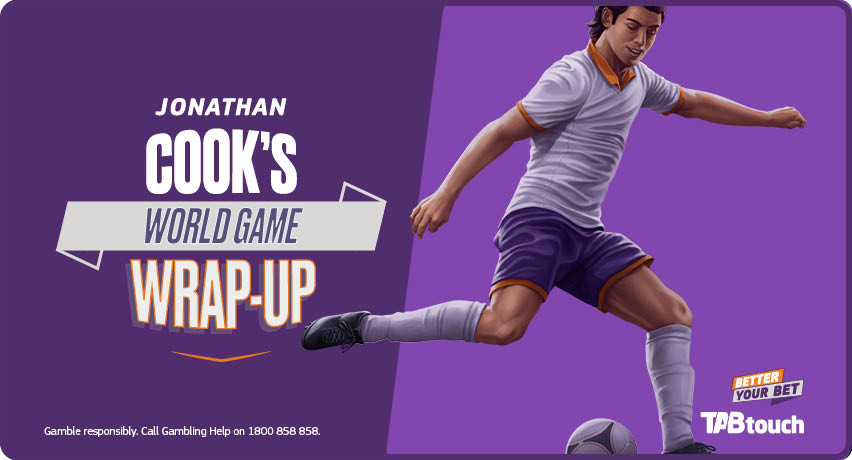 Frank Lampard will have few better moments with Everton than yesterday’s victory at Goodison Park.

With the odds stacked against the Toffees, and relegation a real possibility, Everton carved out a 1-0 victory over Lampard’s former club, Chelsea.

Everton went into the match as rank outsiders against third-placed Chelsea, but Richarlison’s goal in the first minute of the second half put them in front.

Lampard’s side were indebted to outstanding goalkeeper Jordan Pickford, who preserved a clean sheet despite Chelsea’s second-half pressure.

Everton remain in the relegation zone but have a game in hand on Leeds and Burnley, who are two points above the Toffees.

The battle for the top four English Premier League places is going down to the wire as Tottenham Hotspur made light work of Leicester City and Arsenal gunned down West Ham United.

Son Heung-Min scored twice – including a sizzling second – and Harry Kane was on target as Spurs moved briefly into fourth place with their 3-1 win over the Foxes.

But just a couple of hours later, Spurs’ North London rivals did just enough to beat the Hammers 2-1 and displace Spurs in fourth.

Rob Holding had put Arsenal in front at the London Stadium but Jarrod Bowen equalised on the stroke of half-time.

With the match in the balance, Gabriel Magalhaes struck nine minutes into the second half and Arsenal moved back to fourth, two points ahead of Spurs.

City will take a 4-3 aggregate lead over Real Madrid to the Santiago Bernabeu on Wednesday (WA time), while Liverpool travel to Villarreal (Thursday) with a 2-0 first-leg lead.

In the race for the English Premier League, Pep Guardiola’s side beat Leeds 4-0 on Saturday to remain a point ahead of Liverpool, who beat Newcastle 1-0.

Naby Keita scored only his third Premier League goal of the season to see off stubborn Newcastle.

Gabriel Jesus scored his sixth goal of the week with when he found the net against Leeds. Jesus, who scored four against Watford last weekend, also scored in the mid-week win over Real Madrid.

Melbourne City will be aiming to take a step closer to clinching the A-League premiership when they take on Perth Glory at HBF Park on Wednesday.

While City were beating Filipino side United City 3-0 in an AFC Champions League match on Saturday, Glory were digging deep to earn their first A-League point in seven matches.

Daniel Sturridge played 45 minutes in the 1-1 draw with Western Sydney Wanderers, and made an important contribution in Glory’s opener, which was fired home by Bruno Fornaroli.

Sturridge was replaced at half-time, while Fornaroli made way late in the game for Andy Keogh to make the final appearance of his professional career.

City are a point clear of second-placed Melbourne Victory and two ahead of Western United with two matches to play.

Carlo Ancelotti secured his place in history as the first manager to win the title in Europe’s top five divisions – and he did so in style.

Real Madrid’s 4-0 thrashing of Espanyol – with two goals from Rodrygo and one each to Marco Asensio and Karim Benzema – earned Ancelotti his first Spanish title.

The Italian got his hands on a first league title when he steered AC Milan to the top of Serie A in 2004. Six years later he earned an English Premier League title with Chelsea before success in France with Paris Saint Germain in 2013, and the German Bundesliga with Bayern Munich four years later.

Ancelotti, who is in his second spell as Real Madrid coach, twice won the Italian Serie A as a player with AC Milan.

The last bit of fight in Norwich City was drained out of them as Aston Villa earned a 2-0 victory that condemned the Canaries to relegation into the English Championship.

It had seemed inevitable almost from the moment the fixtures were released with Liverpool and Manchester City their first two opponents of the season. A 3-0 defeat to the Reds was followed by a 5-0 thrashing by City.

Daniel Farke’s reign as manager was ended in November as former Aston Villa boss Dean Smith took over. But goals from Ollie Watkins and Danny Ings snuffed out Norwich’s slim hopes of staying up.

History suggests the Canaries will bounce back quickly, the club having spent five of the past 10 seasons in the Premier League and five in the Championship.

Burnley back from brink

Two late goals kept alive Burnley’s hopes of staying in the English Premier League as Watford slipped towards the exit.

Leading through a James Tarkowski own goal, Watford looked to be heading for a rare victory before a storming Burnley finish.

The victory has put Burnley two points above the relegation zone.

Western Australian Sam Kerr claimed another individual accolade when she was named women’s Footballer of the Year by the Football Writers’ Association.

This achievement put her alongside Liverpool’s Mohamed Salah who won the men’s award.

Just hours before claiming yet another individual honour, Kerr was on target in a 2-1 win over Tottenham Hotspur that put Chelsea four points clear at the top of the Women’s Super League table.

Kerr, 28, is the only female player to have been the top scorer in three different competitions on three continents.

She is on track to win the WSL golden boot for a second successive season.

The one and only Sam Kerr has been named the FWA Women’s Footballer of the Year 👑 pic.twitter.com/ZkjI5UtCYQ

Bochum ensured they will keep their Bundesliga status next season with a dramatic 4-3 victory over local rivals Borussia Dortmund.

Erling Haaland’s hat-trick, which included two penalties, could have been the story of the match but for Bochum’s spectacular fight back.

Bochum raced to an early 2-0 lead before Haaland struck three times to edge Dortmund ahead. Jurgen Locadia equalised for Bochum before Milos Pantovic scored with the third penalty of the match.

Bayern Munich, who have already wrapped up the league title, were beaten 3-1 by mid-table Mainz.

Macarthur needed at least a point to keep alive their finals chance but were given a lesson in finishing by the Jets.

Adelaide United confirmed their place in the A-League finals with a 2-0 win over Brisbane Roar, thanks to goals from George Blackwood and Hiroshi Ibusuki.

Celtic withstood a second-half Rangers fight back to claim a 1-1 draw that has kept them in prime position to clinch the Scottish Premier League title.

The result put Celtic six points clear of Rangers with three games to play and tantalisingly close to a first title under Australian manager Ange Postecoglou.

Celtic went ahead through Jota midway through the first half but had to cling on after Fashion Sakala’s equaliser.

Rangers will switch their immediate attention to Friday’s (WA time) UEFA Europa League second leg semi-final against Germany’s RB Leipzig, who have a 1-0 lead in the tie.

Serie A battle rolls on

A mistake by Fiorentina goalkeeper Pietro Terracciano helped AC Milan to go back to the top of Italy’s Serie A with just three games to play.

Rafael Leao took advantage of the blunder to fire home with eight minutes left as Milan chase their first title since 2011.

Inter Milan stayed two points behind their city rivals with Ivan Perisic and Lautaro Martinez on target in a 2-1 win over Udinese.

Juventus secured Champions League football next season with a 2-1 win over Venezia that put them 10 points clear of fifth-placed Lazio.