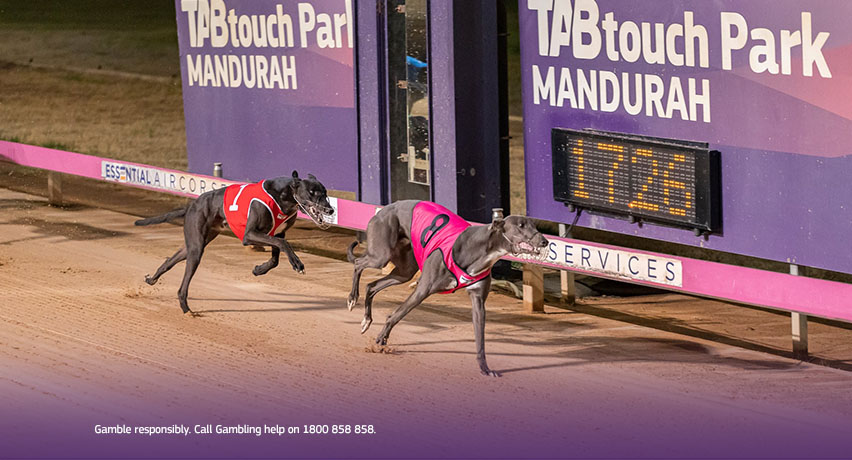 Good race. The speed is in 4, 5, 7 here but the key part is the 7 carving over quickly. That gives the 8 his chance. He hasn’t been stepping but can improve off this box and is hard to catch when he finds the arm. The 2 will drop on to the fence here while the 4 and 7 cut across and he will capitalise on any trouble. Strong run home. Goes very well here.

Race 6 No. 4 Napoleon Dynamo and No. 1 Production

Last chance for the 4. Prepared to forgive that run home last start when he switched over heels and shouldn’t have. His best would go close here and if he steps a little better, he has good muster. Only has to offset the box to be a player here. The 1 has found a leg lately. Kody Charles has done a superb job getting this bloke going again and he is running into these races hard. Well boxed and will drive up to be a force. Save there.

The litter clearly has talent and this girl is starting to put her stuff together. Works home well and while she will be wanting longer soon, she can still get into these races with a little first turn luck. Look for her late and place heavy.

Big price the 6 here. He can take a bit to wind up but has a good middle and even better run home and is racing well. In a good kennel and hard to beat at the big price. Looks a great EW play. The 8 has the strongest formline and her best wins this. She needs to sweep around early though and get into this up the back. Has been racing much tougher opposition than this. Can win.

Got it done for us last week over the shorter trip. While the draw isn’t that great for him up the straight, the trip is. Thrived off the outside last week and if he can get some racing room here, will charge through the line again.

Looks a 2 dog race here and he can knock this fav over. Can sometimes miss the start but he musters quickly and has form up this straight. Only needs a clear run to get in front of the 3 and hold him to the line.

Race 8 No. 8 Zipping Rafferty and No. 5 Curious Nick

A couple at silly prices here. The 8 was sound when resuming and will find much more here. Had solid form prior to his spell and is right up to these at his best. Can run into the money. The 5 will also relish this trip and has taken to straight racing. Box the only concern but he has been offsetting them both starts here. Solid EW plays both dogs.

Back to the straight here and can figure with a clean run. Was caught outside the wrong dog last time and never really got his chance. Has seen the straight and can go better here today at a good price.

A couple of straight regulars. The 4 has a stack of talent but relies on getting the arm to win. He can get that here. He also goes well off a freshen up. The 8 has his box and if he found himself out on the arm, would be hard to catch. He needs to do something here as there will be few excuses.