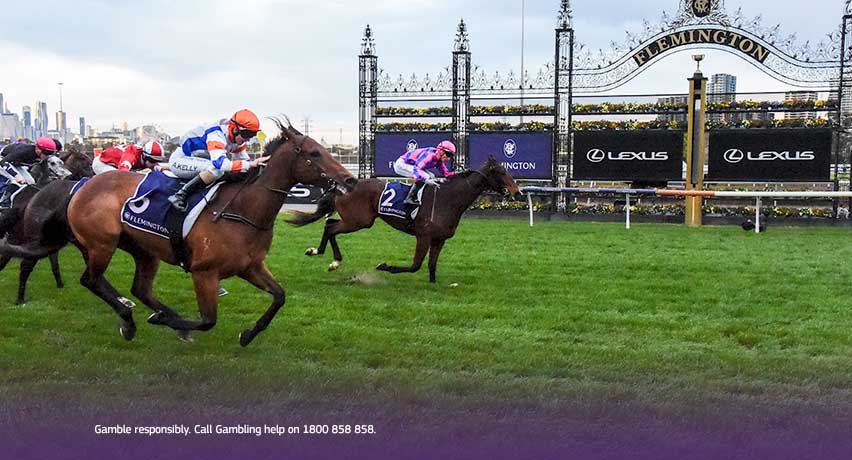 BERKELEY SQUARE is an exciting type from the Dan O’Sullivan stable that might be a contender in stronger three-year-old races this spring and looks the one to beat when he tackles the 3YO BM70 Plate (1410m). The son of Territories was a dominant winner on debut over 1347 metres at Geelong on May 13 before being freshened and running a fast finishing second behind BOOGIE DANCER in the Super VOBIS Gold Ingot (1400m) at Caulfield on July 23. He will appreciate getting onto the spacious Flemington track and the in-form Craig Williams takes the ride. He looks one of the good favourites of the day that should prove too strong and start Flemington punters on a winning note.

LYRICAL LAD has been a model of consistency throughout his career and looks a great winning chance again when he contests the Benchmark 84 Handicap (1620m). The five year old was a winner at Caulfield two starts back before finishing a brave second behind NOT USUAL GLORIOUS over 1700 metres at Caulfield on July 9. It’s a solid formline and he’s relishing the soft tracks in Melbourne this winter. He is drawn for a sweet run and gets the services of Jamie Mott, who is in sparkling form with 5 winners already this week; looks a safe each way bet.

The best bet of the day is NICOLINI VITO when he runs in the Open Handicap (1410m). The five year old resumed with a strong win over 1200 metres at Flemington on July 16. He will be fitter for that run, should relish a rise in distance and appears drawn for a cheap run. Trainers Ben and JD Hayes are hoping that the son of Nicconi will measure up to group one company later this preparation in a race like the Toorak Handicap so, if he is to reach those heights, should take care of this field as he builds his rating.