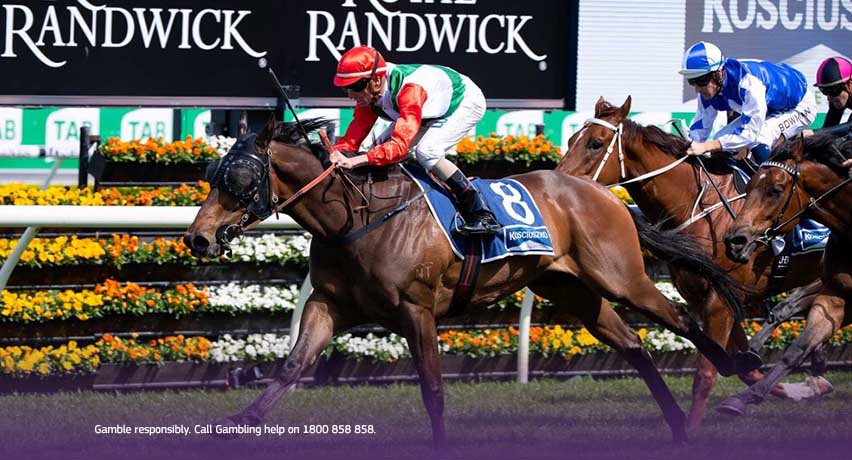 Very impressive to the eye and on the clock winning the Carbine Club on a bog track at Randwick a fortnight back. He just loomed up and went straight on by his rivals in a race which wasn’t run to suit. Yes he faces tougher opposition however if he’s going to measure up in the upcoming Queensland Derby he’ll need to take care of these and should do just that.

Mark Newnham trained sprinter with a terrific record going around second up this afternoon off a tidy second when resuming in the Group 1 Galaxy at Rosehill last month. He ticks plenty of boxes tomorrow having a solid second up record, he’s won 3 of his 5 attempts over this trip and importantly handles wet ground. He maps to lead clearly and is without doubt the runner to beat!

Happy to have an each-way investment on this Godolphin runner who importantly gets the services of top jockey James McDonald. Yes, he drops back in distance from the mile of the Doncaster however his closing sectionals that day were strong, he was the one finishing best of all down the outside. From the inside alley I’d expect him a good deal closer in the run & from there he’ll get his chance to outsprint his rivals to the line.