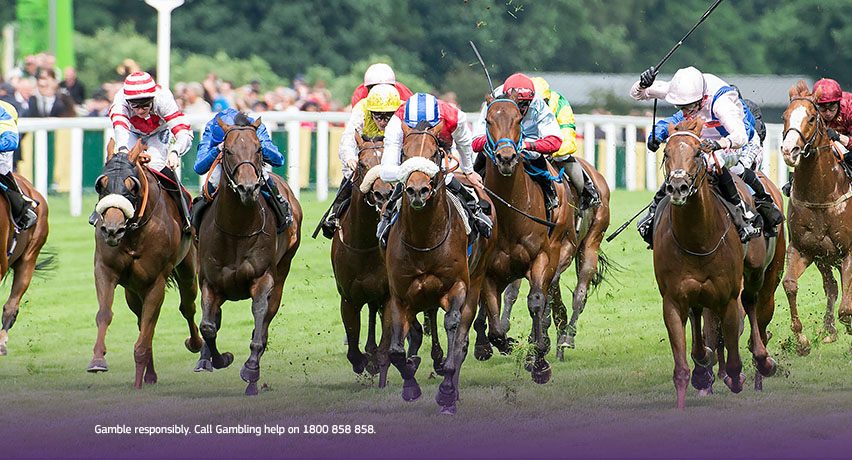 The G2 Queen Mary Stakes over five furlongs (approximately 1000m) for the two-year-old fillies has been won by some terrific horses in recent years, with LOVE REIGNS to carry the same Stonestreet colours as recent winners Lady Aurelia and Campanelle. Both of them were prepared by American trainer Wesley Ward too, with the only difference being that Irad Ortiz Jr will take the ride instead of Frankie Dettori. Racing Post assigned a higher rating to Love Reigns after her 10-length win on debut at Keeneland than they did to either Lady Aurelia or Campanelle and that seems to be an opinion backed up by shrewd American judges. She has blistering speed which should prove a real wake-up call for the home team. If there is one who could beat her, maybe it could be Nottingham maiden winner ALL THE TIME who steps out for the fittingly-named Royal Ascot Racing Club on behalf of the racecourse.

The colours of The Everest winner Classique Legend can prevail at Royal Ascot this year when RULER LEGEND tackles the G2 Queen’s Vase over one mile and six furlongs or 2800m. The son of Camelot was a big winner over 2000m at Naas last time out and should relish getting up to this sort of trip. Getting on top of the ground should help too and Hong Kong owner Bon Ho can take another big race on another continent. ELDAR ELDAROV has been really impressive in two starts to date, including last time out on the Tapeta at Newcastle, and he is another who should enjoy this trip. Next best are the two sons of Frankel, NAHANNI and BALTIC BIRD, with the former coming out of a troubled seventh in the Epsom Derby.

The G1 Prince Of Wales’s Stakes over a mile and two furlongs (2000m) has a terrific honour roll, including Australian champion So You Think a decade ago. This year will see the first G1 Cox Plate winner contest the race since then with STATE OF REST among five runners. He has been good in two runs since that Cox Plate win, taking the G1 Prix Ganay (2100m) in France before finishing third in the G1 Tattersalls Gold Cup (2100m) in Ireland last start. While he shapes as a contender, preference is for BAY BRIDGE who was a huge winner of the G3 Brigadier Gerard Stakes (2000m) fresh – beating a field that included three-time Australian Group 1 winner Addeybb – and who looks to have plenty of upside. Japanese contender SHAHRYAR is also a chance but would be more capable at a mile and a half. He looks the older horse to beat in the G1 King George VI and Queen Elizabeth Stakes (2400m) next month.

The G2 Duke Of Cambridge Stakes over a mile for the mares is an open race where it might be worth taking a chance with French raider SIBILA SPAIN. The sister to 2019 Melbourne Cup fourth Master Of Reality has more speed than her brother and managed to get up in the final strides to take out the G2 Prix du Muguet (1600m) at Saint-Cloud last start. She does need a lot to go her way but she can finish over the top of her rivals late. Last year’s G1 1000 Guineas quinella MOTHER EARTH and SAFFRON BEACH are leading contenders too.

The Royal Hunt Cup over a mile is the leading handicap over the distance in the UK each year. REBEL TERRITORY has won three of his last four starts and now faces his toughest test yet. He was expected to get an official rating over 100 after his last win at Sandown but only got put up to 98, so he still looks as though he has space to manouevre. He looks to be drawn the right side too and so he is well suited here. He gets the nod ahead of the progressive LEGEND OF DUBAI, who looks bound for Group company before too long, with SYMBOLIZE and DARK SHIFT next best.

The Listed Windsor Castle Stakes over five furlongs (1000m) is another option for the two-year-olds, especially those with speed to burn. Plenty of chances here but might be worth taking a stab with KAASIB for trainer Clive Cox. A big winner at Salisbury two starts back, he started favourite at Goodwood at his next start but struggled at the six furlongs and on the softer going. Back to five furlongs and on firmer ground, he’s a player at a price. Favourite LITTLE BIG BEAR was a good winner at Naas last time out and he’s in contention, while FAR SHOT backs up a week after winning on debut at Yarmouth.

The older handicapping mares step out over a mile in the Kensington Palace Stakes to close out day two. IMPROVISED gets in nicely at the weights, coming off a second in the Listed Queen Of Scots Stakes over 1400m at Musselburgh earlier this month. This looks a nice spot for her and she is working her way back into form and the mile should suit, even though she is yet to extend out to this trip. Others suited at the weights are favourite HAZIYA and the in-form ISOLA ROSE, while the unexposed WHITE MOONLIGHT is next best.