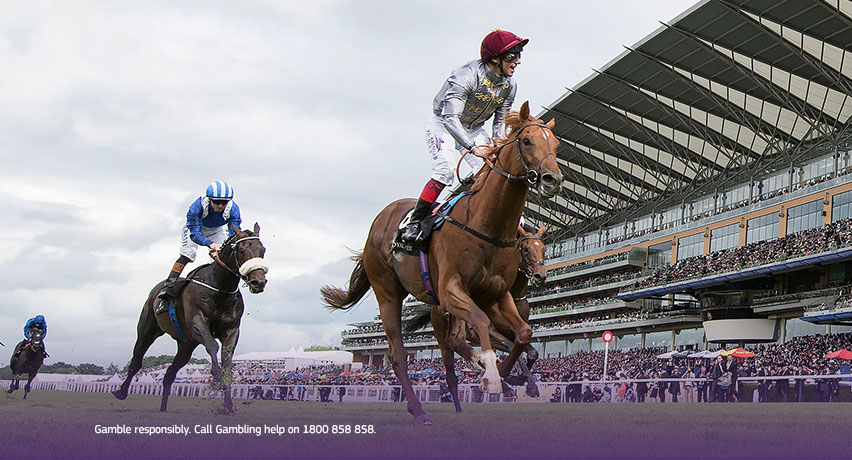 Royal Ascot is back for 2022 and, as is tradition, it begins with the G1 Queen Anne Stakes over the straight mile. It is very difficult to see the unbeaten BAAEED being beaten here after his imperious victory in the G1 Lockinge Stakes first-up. His most narrow victory did come at the course and distance last year, defeating Palace Pier by a neck, but there doesn’t appear to be anything of the calibre of Palace Pier in here this year. He’s now seven from seven and, with only six rivals, it would be a tremendous shock if he didn’t make it eight from eight. Maybe the quinella with the returning ORDER OF AUSTRALIA is the way to go – they ran 1-2 in the G1 Prix Du Moulin last September and that will give some interest. Otherwise, it’s worth sitting back and watching one of the best horses in the world.

The G2 Coventry Stakes over six furlongs (or 1200m) is sometimes said to be the UK’s equivalent of the Golden Slipper, although it does come earlier in the season with horses less exposed than they are in the Rosehill feature. Trainer Aidan O’Brien has two of the three favourites in BLACKBEARD and AGE OF KINGS as he looks for his 10th win in this race. However, it might be worth taking a chance with BRADSELL who was much the best at York on debut and should be able to take a step forward at his second start. Also curious to see what TI SENTO does at a huge price first time out for Qatar Racing – he was terrible on debut but then progressed at his second start to win a Listowel maiden in very nice style at 100/1. He could shock again at another big price.

The G1 King’s Stand Stakes over five furlongs (1000m) sees Australian Horse of the Year NATURE STRIP step out on the world stage for the first time. After drifting significantly last week with European bookmakers, he has firmed into favouritism and he does look so well suited here. From gate 10, he should be able to sit just off American speedster and leading contender GOLDEN PAL – who is an out-and-out speedster – and hopefully he can track up at the right time to land Australia’s first win at Royal Ascot in a decade. If there is one who can upset the Australians and the Americans, it is the Czech sprinter PONNTOS. This time last year, he was finishing midfield at Bratislava – not what you would expect from a potential King’s Stand contender. However, his last-start win in France was terrific and he could finish in the placings without surprising.

The G1 St James’s Palace Stakes, over a mile on the round course, sees G1 2000 Guineas winner COROEBUS return for the first time since his emphatic win at Newmarket. He really should be unbeaten, with only a troubled trip against the classy Royal Patronage blunting his record last season. His stablemate Native Trail, who was runner-up that day, went on to win the G1 Irish 2000 Guineas easily and so the form has been franked. The well-bred MY PROSPERO is sure to have his supporters, as is the G2 German 2000 Guineas winner MALJOOM, while the returning AIKHAL is bred to be better with age and so should take a step forward at three. However, this looks a coronation for the Godolphin colt.

The first of the handicaps this year is the Ascot Stakes over two miles and four furlongs, or approximately 4000m. This is a race that Willie Mullins has won four times in the past decade including with eventual G1 Melbourne Cup runners Simenon and Thomas Hobson. He saddles up BRING ON THE NIGHT here who boasts a similar profile. He was a winner of two from three on the flat in France before joining Mullins, where he won a Naas maiden hurdle by eight lengths. He then ran in the opening race of the Cheltenham Festival, the G1 Supreme Novices’ Hurdle, finishing fourth of nine before finishing fifth in a novices’ hurdle at Punchestown. Back to the flat, he can develop into a nice dual purpose contender. However, it might be worth taking a chance on the old boy WHO DARES WINS, who ran third to Thomas Hobson in this race five years ago. He was on a lower mark then and he may need to shed a few points but the expected good ground is in his favour – it was only two years ago that he was beaten seven lengths by Stradivarius in the G1 Goodwood Cup over two miles on good ground – and trainer Alan King is renowned for showing up in races like this out of the blue.

The Listed Wolferton Stakes over a mile and two furlongs (2000m) is one of the best guides for finding future Australian horses, having been won by the likes of Addeybb, Sir Isaac Newton, Contributer and Gatewood in the last decade. Notably, though, Australian Group 1 winners Sir Dragonet, Magic Wand and My Kingdom Of Fife finished in the placings, so perhaps watch those just behind the winner as well. One horse that creates plenty of interest is first-time gelding TASMAN BAY who will fly the New Zealand flag thanks to jockey James McDonald, owner Sir Peter Vela – best known for 2001 Melbourne Cup winner Ethereal – and trainer, Kiwi equestrian legend Sir Mark Todd. His form as a three-year-old was rock solid and hopefully the gelding operation may bring out his best. He’s a horse who you would love to see in Australia and, with those connections, there is every chance that may be the case.

The closing Copper Horse Stakes over a mile and six furlongs (2800m) is one of the newest additions to the Royal Ascot meeting, having been first run in 2020. If there is a race tailor made to uncover potential Melbourne Cup horses of the future, this is it – the inaugural running produced two of last year’s Melbourne Cup runners in fourth Floating Artist and eighth Selino. This year’s Copper Horse features a two-time G1 Caulfield Cup runner in RED VERDON as well as RAYMOND TUSK, who finished 16th in the 2019 Melbourne Cup. However, the horse who creates the most interest is last-start Chester Cup winner CLEVELAND, who missed all of his three-year-old year and only returned for the first time in 18 months in March. He ran well enough fresh over 2000m but getting up to the 3650m trip of the Chester Cup, he was impressive and looks to have a handy future as a stayer. He does come back in trip but he looks as though he may be better around this sort of journey and he has been earmarked as a Melbourne Cup horse. He is progressive and shapes as the best bet of day one. From an Australian perspective, it is worth keeping an eye on OKITA SOUSHI, the first foal out of G1 Thousand Guineas winner Amicus.