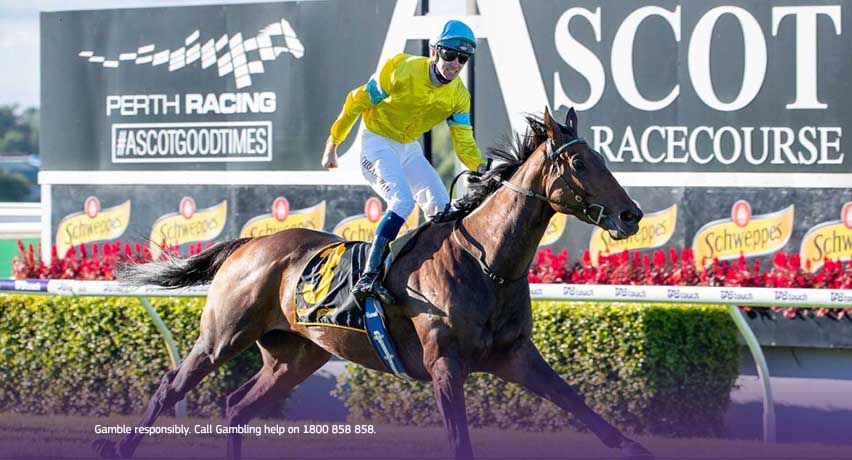 DB: Before we talk about your Magpies, much to your chagrin, we should talk racing. What about Alaskan God? Did you see that demolition coming?

TC: Yes and no. The progression the horse has shown this preparation made you think a performance like that was possible. I think you said on radio Digby during the week that we may unearth a star on Saturday and you were spot on. Unfortunately the two-horse war we thought might eventuate didn’t occur because of a flat performance from Trix Of The Trade. Were we right that he wouldn’t get 2400m or was he just at the end of a long campaign?

DB: He probably didn’t have the best passage throughout, but he was at the end of a pretty searching campaign. I would be loathe to be critical of anyone involved because the horse is a ripper. What he has done throughout his career to this point suggests he’s well above average. However, one horse peaked on the day and that was Alaskan God. Would you agree if I said he just has stayer written all over him?

TC: Absolutely. His Melvista win showed he could sprint off a slow tempo and the derby win proved he can also do that in a high-pressure race, so if all goes to plan that bodes well when he makes his trip east later in the year.
DB: You are here talking to me so you obviously survived the bloodbath that was Ascot on Saturday. My question to you though is did you need medical treatment?

TC: Yes, it was a bloodbath and yes, medical treatment was required. Acromantula going under at the short odds stuffed my multis and then Trade War being Trade War in the last burnt a hole in the pocket. How about you? Any joy?

DB: It was a tough day at the office. I didn’t back Acromantula because he was too short but I thought he’d win and when he didn’t, you just had that feeling about the day being a bit sticky. I certainly found that out in the second when Sniparoochy went under when I thought she’d be winning. Did Randwick serve you any better on a bottomless track?

TC: I am seat 1A in the Anamoe fan club so I think that says enough about the day. Would you agree it’s going to be nearly impossible to review that meeting given the conditions?

DB: I don’t think I’ll be spending much time identifying horses out of that card. They did a good job to race after all the rain they had, but when there are proven wet trackers struggling to pick their feet up in the straight, it leaves you a little bit confused. On that, if you owned Verry Elleegant, what would you do with her now?

TC: If I owned her she would be going to Melbourne for the Cox Plate later in the year. There is still talk about the owners sending her to France for the Arc. For me it would be a Melbourne spring campaign or the breeding barn. Along those lines, do you think we see Anamoe race again?

DB: It’s a tough one. You need to protect him given his future is at stud. I’m not sure he can do much more to enhance his standing. He’s a multiple Group 1-winning colt and is going to be in demand. It’s a long way to saying I think his time on the track is done. He, along with Verry Elleegant in my humble, should be retired. Can we just touch on Damien Oliver’s accomplishment to chalk up Group 1 win No.127?

TC: We might be biased over here in WA, but the achievement of 127 Group 1 wins surely has to cement his spot amongst the top three of all time. Would you agree?

DB: Absolutely. I think he is top one. His record over the decades is remarkable and though this was his only Group 1 win of the autumn, his spring was insane. There are no signs to suggest he’s getting to the end. In fact, he seems as hungry as ever to keep riding winners. I’m sorry to do this to you, but let’s talk football. What happened to Collingwood?

TC: I think they were out-coached. Adam Simpson flooding the backline and inviting long balls into the forward line worked to the Eagles’ strengths. Jeremy McGovern and Tom Barrass were superb for West Coast, plus it doesn’t help when you boot 10.14. Performances like that can be expected during the year because Collingwood are a young side and results are going to fluctuate. From a West Coast point of view, what do you think was the most pleasing aspect of the win?

DB: They were their trademark efficient self. The Eagles got the victory despite having 19 less forward-50 entries. They also kicked 14 goals from 17 scoring shots. Willie Rioli was outstanding. He has surprised me. I couldn’t see him having the impact he has thus far in 2022 after missing two years of footy. It’s mind-boggling. Can they bounce off that win and take down Sydney at home on Good Friday with Lance Franklin not making the trip?

TC: Nic Nat out until the second half of the season with a knee injury doesn’t help, but it looks like they catch the Swans at a good time. Sydney might have trouble curbing the influence of McGovern and Barrass without their main man in attack. I think it’s a toss of the coin game. What about the purple side of town?

DB: They were good. GWS challenged them on Saturday night and the game was in the balance at three-quarter-time. It was put to bed when the Dockers converted in front of goal. I know we talk about it all the time, but if you take your chances, you can split your opponent down the middle. Freo clearly benefited from six goals from six shots. But again, like we saw in the derby, their willingness to take the game on was rewarded. Can they improve on their 3-1 start and take down Essendon this weekend?

TC: Yes, they can. I don’t think Essendon are much good. A game on the road, likely to be without Fyfe and Serong, will be difficult, but with a defensive six like the Dockers are putting together ensures they will be in a lot of games this year. On that, I want to give another shout out to Heath Chapman. The market has them $1.98 outsiders, Essendon faves at $1.84. Do you think that’s fair?

DB: I can understand why the Bombers are favourites from a bookmakers’ perspective, but there is too big a discrepancy in the price. Freo can most definitely win over there, especially with Essendon’s leaky defence. Again a lot will depend on how efficient the Dockers are in front of goal.

TC: We both had the Western Bulldogs in our top four at the start of the year. If you had a chance to revise your ladder now, where would you have them?

DB: At the lower end of the top eight and that is being generous. They lack potency forward of centre and Aaron Naughton, for all his obvious upside and game-winning traits, he doesn’t kick accurately often enough. They should have iced that game against Richmond on Saturday night by quarter-time. Instead, they let the Tigers off the hook and paid a high price. A 1-3 start leaves you with precious little wriggle room if you have designs on finishing top four. Talking of top four, how highly do you rate St Kilda?

TC: They play the right type of football, with plenty of speed and pressure. But I can’t trust them until they put together their best football for two consecutive months. They have been in this position for the past couple of years and have proven to be a little flaky. Having said that, they are still well shy of their best line-up when you consider there is no Clark, Billings and Jones to name a few. Just before we go, I have a question for you. What’s the better bet … Richmond $1.80, St Kilda $1.91 or Freo $2.05 to make the top eight?

DB: I have massive question marks over the Tigers, so I would quite happily entertain the $1.91 for the Saints and the shade of black odds regarding Freo. Starting a season 3-1 like the Saints and Dockers have done is very encouraging and like St Kilda, Freo have done so with key players missing, in particular Fyfe as you mentioned earlier. My last one to you this week is a basketball question. The NBA play-offs are now upon us. Are you still all in on Brooklyn?

TC: No, but I am happy to have them on a winning ticket because it is between Brooklyn and Milwaukee in the Eastern Conference.