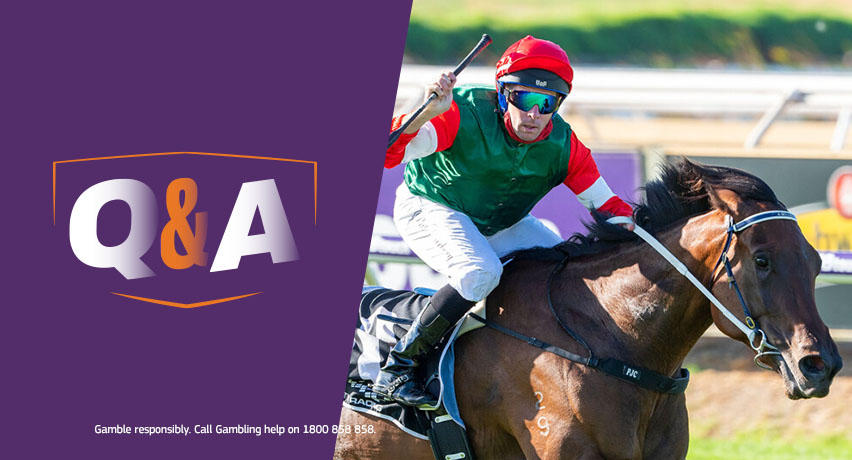 TC and Diggers are back for another chat after a massive weekend of racing and sport, headlined by the stunning win of Amelia’s Jewel in the Group 2 Karrakatta Plate and Fremantle’s flogging of West Coast in the western derby.

DB: You said last week TC that you wanted Amelia’s Jewel to draw a wide gate so we could see her motor rev in the Karrakatta? Would it be fair to say you got your wish?

TC: To be fair, I still don’t think we have seen her at full tilt. That’s the first time since Arcadia Queen’s Kingston Town win a few years ago where I’ve sat back after the result and gone “wow”. Now I just can’t wait to see her at what I think will be her best trip at 1400 and 1600.

DB: What impressed you the most?

TC: The way she travelled in a fast-run 1200 and then for her to be able to sprint off them and give them windburn is the sign of a very, very good horse. You’ve seen a lot of racing in WA. Have you seen a horse burst on to the scene like her?

DB: Not one that springs to mind. Certainly Arcadia Queen, as you referenced, created an impression early in her career. The other one I think of is Perfect Reflection. She didn’t race as a two-year-old, but took out the Belgravia at her third start and then went on to win the Champion Fillies and Kingston Town at her next two starts. But for a two-year-old to go bang, bang, bang in three black-type races to start her career is remarkable.

TC: Continuing on with that theme, you would be hard pressed to remember a day with more star power than we saw at Randwick. Am I correct in saying that?

DB: Absolutely. Day one of The Championships was outstanding. We saw a brilliant filly win the Sires, we saw Nature Strip claim a third successive TJ Smith, Mr Brightside win the Doncaster, but I thought the effort of Hitotsu to prevail in the Australian Derby on wet ground second-up was awesome. He is a special animal. What was your highlight?

TC: Nature Strip took the cake for me. He confirmed to me that he is the best sprinter we have seen since Black Caviar and for him to continually peak on grand final day is a testament to the horse and Chris Waller. It’s remarkable to me that a horse with his racing pattern can stay at that level for effectively five years.

DB: Can I ask you TC what your interest levels are this week at Ascot for the WATC Derby or are you more intrigued by day two of The Championships?

TC: It is difficult to go past the Queen Elizabeth. You’ve got Verry Elleegant, Anamoe, Zaaki, Montefilia and likely Duais all meeting, so that’s the race of The Championships. I cannot wait. Having said that and correct me if I am wrong, but I think it’s the most intriguing WA Derby we’ve had since Delicacy won it in 2015. Before we move on to the football, on The Sports Daily this morning Matt Stewart said Ciaron Maher was the best trainer he had seen. What’s your take on that?

DB: Well, Matt has been around the game for a while and knows Ciaron’s deeds better than I, but he is a truly special trainer. You can’t get away from that. His ability to win two-year-old races, sprints, staying races, with colts, entires, fillies and mares is staggering. And he seems to be able, along with David Eustace, to have no issues training a big string of horses. You can’t have anything but admiration for him. Let’s talk footy. The derby was a shemozzle. Do you agree?

TC: No, I don’t agree. I tipped Fremantle. I thought it was fantastic. We wrote this blog last week flat as a pancake because the Dockers had been belted, but their attack on the contest and their ability to move the ball with speed was much more promising. What was your No.1 takeaway?

DB: They were very good. It was great to see them bounce back. But I think the big story out of the match though was West Coast. Clearly, they have some challenges with personnel, but their conservative ball movement made me feel like we were watching 2021 replays. They waved the white flag in the final term and that is alarming for mine.

TC: So you are saying that after hearing about West Coast’s new game plan during the off-season, it’s non-existent?

DB: No, I’m not saying that. I’m saying it wasn’t prevalent yesterday. And some of their worst offenders were their senior players, one of them being Andrew Gaff. He needs to look upfield far more often rather than sideways and backwards. Is that unfair?

TC: No, it’s not unfair. It continues the conversation we had last week about midfielders these days being judged on numbers rather than impact.

DB: Hopefully they get a few back this week. You probably don’t hope that given you follow Collingwood, but the Eagles have your boys this week, Sydney the week after and Port in Adelaide in round six. What is their win-loss record going to be?

TC: Probably 1-5, but where the one comes from I truly don’t know. They are in no-man’s land. I think we agreed that the list needed some rejuvenation last year, but they elected to go again with the same group. Now the rebuild is probably 12 months behind where it should be.

DB: Let’s cross town. The Dockers have a look at a 3-1 start with this weekend’s home match against GWS. Do they win?

TC: At this early stage, everything being equal, yes. GWS are a team that you can get on the outside with leg speed and the Dockers have that. They also might have the luxury of welcoming back David Mundy and Sean Darcy. Has your opinion of the Dockers changed in any way after round three?

DB: Not really. Their best is good enough to play finals, I honestly believe that. But they need to narrow the gap between their best and their worst. If GWS come here and try to control the tempo of the game like they like to do, that will suit Freo. It’s a winnable match. Is there a side that has surprised you thus far?

TC: I had Carlton out of the top eight at the start of the season and now with the depth of that midfield and the twin towers up forward, I think they can finish top four with a bit of luck. What category do you place Carlton in? Genuine contenders, a finals team or a six-to-10 side?

DB: I’ll go the middle one. They clearly have improved, but it’s still very early. Defensively, a lot rests on the shoulders of Jacob Weitering. I’ll reserve my judgement on them, all the while being suitably impressed with what Michael Voss has been able to implement. Did the Western Bulldogs win you over a little bit in round three?

TC: A little bit, yes. They were very good defensively last Thursday night and should have beaten Sydney, who I think are a top-four side, more comfortably than the scoreboard suggested. The midfield went to work and certainly improved on their output from rounds one and two. I think they put the nail in Richmond’s coffin this weekend by leaving them 1-3. Do you agree?

DB: I think they are already done, the Tigers. Some will say it is only round three, but what we are seeing from Richmond this year is an extension of the back half of 2021. They’ve got miles on the clock, they are banged up and because of that, unable to stand toe-to-toe with the better sides over four quarters. I think they miss the finals altogether. Like last week TC, I’ll ask you to leave us with a winner over the next 48 hours or a special at Augusta with the US Masters on our doorstep?

TC: Thinking with my head last week didn’t work out when the Celtics were beaten by Toronto, so how about a sentimental bet and we jump on Cam Smith to win the Masters at $12.