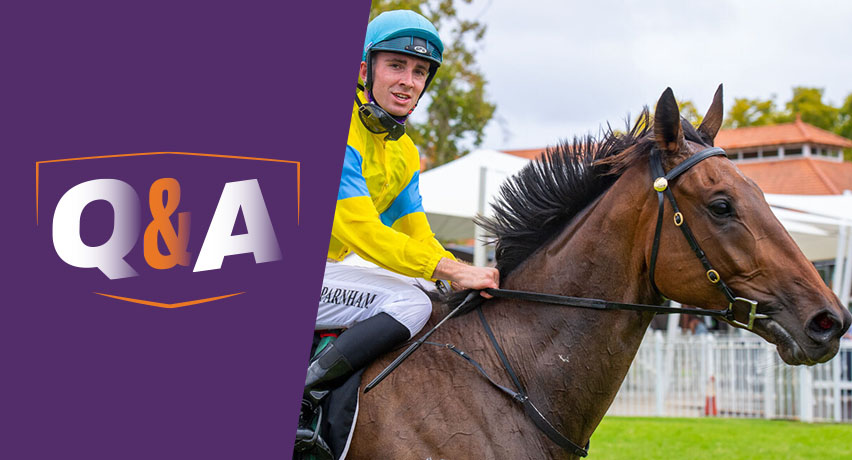 DB: Good to chat again TC as we build up to the Group 2 Karrakatta Plate on Saturday here, day one of The Championships in Sydney and the Western Derby on Sunday. Not to forget the AFL’s double-header that overlaps on Friday night. We’ll get to that later.

TC: I look forward to touching on the worst decision from the AFL in a decade a little later on Diggers, but in isolation I have had a little bit of time to jot down a few questions for you. Who finishes higher at the end of the regular season, Geelong or Sydney?

DB: I was with Geelong at the start of the season and I’ll stick. Yes, they got their backside handed to them on Friday night, but I’m prepared to give them a mulligan. They clearly need to improve, but they’re capable of that. I take it you are on the Swans bandwagon?

TC: I had them finishing in the top four at the end of the season and I’m happy with that prediction. Who finishes higher of Collingwood or Essendon?

DB: Gee whiz. On what we have seen thus far, it’s hard to get away from your boys, Collingwood. They defend well and they are now hitting the scoreboard, which they only did fleetingly under Nathan Buckley. Conversely, the Bombers are taking the urine at the present stage and no Zach Merrett (ankle) for up to two months is a crippling blow.

TC: Can Carlton finish in the top four?

DB: It would be easy to yes given how they have started the year, but I’ll sit on the fence for a bit. They are clearly trending in the right direction. I’m happy to select them to take down Hawthorn this weekend which improves them to 3-0. Let’s revisit this in a few weeks’ time. I need your thoughts please on the Western Bulldogs. Are they broken or are they spluttering?

TC: I think they are broken. They have enough talent to clearly still play finals, but Aaron Naughton is relied on too much to kick them a score and we probably don’t have enough time in this blog to go into depth about their deficiencies behind the ball. I’m not sure that midfield is all that willing to help out their defence 100 per cent of the time?

DB: Is Jack Macrae in your sights when you talk about two-way running or the lack there of it? Or their midfield as a whole?

TC: Their midfield in general, but Macrae is in my sights in terms of football followers and their obsession with big possession numbers. I have him at the top of the list of midfielders racking up big numbers without really hurting the opposition.

TC: And add Christian Petracca to that as well. If the first two rounds are anything to go by, you need to kick big scores to be competitive at the pointy end of the ladder and those two win their own ball and are also damaging with it. Who’s the best player in the AFL right now?

DB: I think those two boys you have just referenced, Cripps and Petracca. They are elite midfielders and hitting the scoreboard which only adds to their CV. It’s hard to halt the influence of out-and-out ball winners like Cripps .He’s been great and it’s been terrific to see him over the first fortnight covering the ground well again. There was no joy for our two WA clubs yesterday, albeit West Coast had excuses. What was your take?

TC: I thought West Coast were good, especially their endeavour. If they get a full list back on the park and carry over that hunger and determination, all might not be lost for 2022. We were both all in with Freo this year. I’m very flat after yesterday’s performance. What did you make of the Dockers?

DB: They were terrible, there’s no getting away from that. They played without any dare or flair and their execution was atrocious. They were fortunate to get as close as they did in the end. Justin Longmuir has every right to be bitterly disappointed and let down by his players. So that brings us to the derby. Barring any COVID-19 issues, how do you see Sunday playing out?

DB: Thanks for that Braveheart. Can you please expand?

TC: Honestly, I have no idea, I am still trying to pick apart that Fremantle performance from yesterday. If they show up like they did yesterday, West Coast will beat them. Can you be of any assistance?

DB: I’m in your corner. The Dockers will get a few back, but so too will the Eagles and if you strip it back, you could mount an argument saying West Coast’s round one formline against Gold Coast is stronger than Fremantle’s round one formline against Adelaide. It’s a home match for the Eagles and Nic Nat promises to be a game-changer if Sean Darcy misses. We touched on it earlier. Why are there two AFL games on Friday night being played within an hour of each other?

TC: God only knows. It’s bad enough on Sunday watching two games at once, now we have to do it on a Friday night after six beers and navigating Uber Eats. Can I propose this to you Diggers? Every round has a Wednesday, Thursday, Friday and three Saturday and Sunday games without any overlapping?

DB: Wednesday is a bit of a stretch for me, but I do love the Thursday night games … it makes the week shorter if that makes any sense? Two on a Friday can work, but one needs to be here on the west coast of the country.

TC: Enough football chat. After what we saw at Ascot on Saturday, is the WA Derby as simple as Alaskan God v Trix Of The Trade?

DB: It probably is, in all due respect to their opposition. The effort of Trix Of The Trade to stomp home for second in the Melvista was enormous and he’ll get three kilos on Alaskan God, but there is something special about Danny Morton’s horse. I take it you think it is a two-horse derby?

TC: Yes, I think it is and with a kinder barrier draw, Trix Of The Trade can settle in front of Alaskan God and make it more interesting. I think I am going to have to let Henchard go as my No.1 derby seed now off his run on Saturday?

DB: Did they miss a trick by riding him positively from the outside gate on the weekend?

TC: Not sure if they missed a trick, but I was surprised by the tactics. Ridden with cover on the derby, you will see an improved effort, but it’s tough to see him turning the tables on the top two. Did you back Lady Chant?

DB: Negative. I didn’t have a bet in the race, I thought Constant Dreaming was the testing material. Credit must go to Brock Lewthwaite and Jason Whiting for combining to win the WA Oaks with Lady Chant. Just coming out of that 1800m maiden, as much as it was a good run, I thought the step-up was beyond her. Clearly I was wrong. What about you? Did you have a shilling on her?

TC: No, I did not back her in 1947 or on Saturday. She will add a level of intrigue to the derby if she pushes on in a fortnight.

DB: This Saturday is all about the Karrakatta Plate. It’s a horse race and anything can happen, but do you agree something untoward has to happen for the favourite not to win?

TC: Yes, I agree with that. A part of me hopes Amelia’s Jewel draws nearer to the outside so we can see her motor fully revved up. I’m also excited to see Left The Building again with an eye to the Sires’ Produce Stakes.

TC: Absolutely he is, but I think we will see the best of him as a three-year-old. What race are you most looking forward to?

DB: Normally I would say the TJ Smith, because our sprinters are the best in the world. On this occasion though, it is the Doncaster given Inspirational Girl and Kissonallforcheeks are running. Both are high class and will acquit themselves extremely well.

TC: Who finishes in front of the other? Inspirational Girl is $13 with TABtouch and Kissonallforcheeks is $15?

DB: I would say Inspirational Girl because she beat Zaaki two starts back and then wasn’t suited by the slow tempo in the All Star Mile. If it’s really wet, I suspect she’ll be better suited than Kissonallforcheeks. How do you view their prospects?

TC: It’s tough to go past Inspirational Girl with 51.5 kilos and she’ll be better suited going to Sydney with a more genuine tempo. Her turn of foot is lethal and that weight is going to be luxurious.

DB: What’s the one race over there at Randwick, either this week or day two in a fortnight’s time that tickles your pickle?

TC: Hard to go past the Queen Elizabeth. Anamoe, Verry Elleegant, Zaaki and Montefilia are the top four in the market and you will go a long way to see a better race than it promises to be this year.

DB: So, the best bet upcoming for round three of the AFL season (with no COVID-19 outbreaks) is?

TC: It looks a tough round in the AFL for mine, but tomorrow morning (Tuesday, 7.30am) Boston Celtics travel to Toronto and are $2.14 outsiders. They are playing very well and they can beat Toronto on their home floor. Have you got anything for us?

DB: After throwing out West Coast last week before all their dramas, I’ll say no. But I’ll take this opportunity to wish WA all the best in their Sheffield Shield final at home this week. It be would a cherry on top for the State’s program and coach Adam Voges in particular.