1. Chicago Bull Previous Ranking: 3rd  Last Start: September 18, Navy Cup (1st)  The little champion jumps to top spot on the rankings this week and it’s going to take something special from those below him to displace him before the Pacing Cup. Trainer Gary Hall Snr said it was his best… Read More

1. Shockwave Previous Ranking: N/A Last Start: September 11, James Brennan Memorial (1st) The new kid on the block was extremely fresh in Friday night’s James Brennan Memorial, as shown by his 26.6 second quarter. He held on to score by a half-head over Chicago Bull and as a result… Read More

Vega Can Rediscover the Magic: Hayes

Trainer David Hayes is confident he has former West Australian sprinter Vega Magic primed to make a successful return to racing in the Group 1 T.J. Smith Stakes (1200m) at Randwick on Saturday. The Lope De Vega gelding hasn’t been seen since he finished last in the Everest on a… Read More 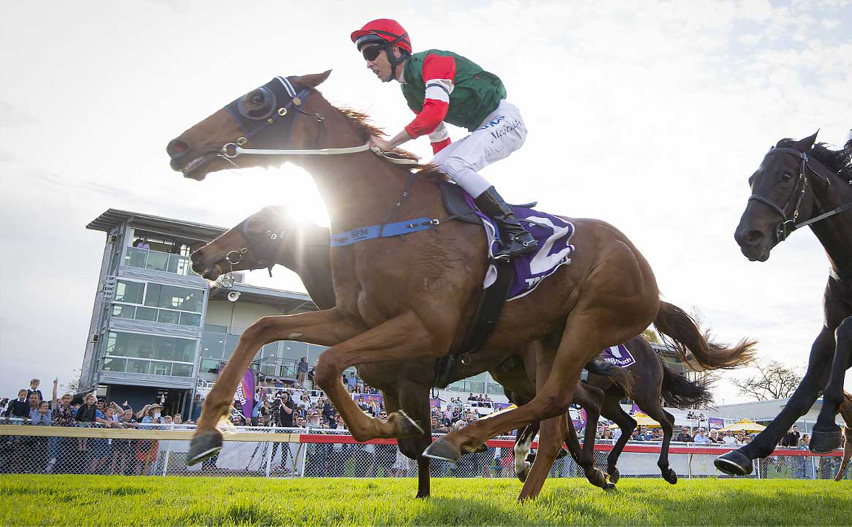 Trainer Simon Miller has sounded an ominous warning to his rivals ahead of Sunday’s Listed Pinjarra Classic (1300m), Achernar Star is back bigger and ready to make a statement this campaign. Already a Group 1 placegetter, Achernar Star produced a number of meritorious performances during the recent spring and summer… Read More

Material Man on Song for Melbourne

Multiple Group race winner Material Man has tuned up for his Melbourne campaign with an impressive trial at Lark Hill yesterday. Material Man won by a length to three-year-old Chix Pic in a 955m trial in the quickest time for the morning. The Vital Equine gelding will launch his Victorian… Read More