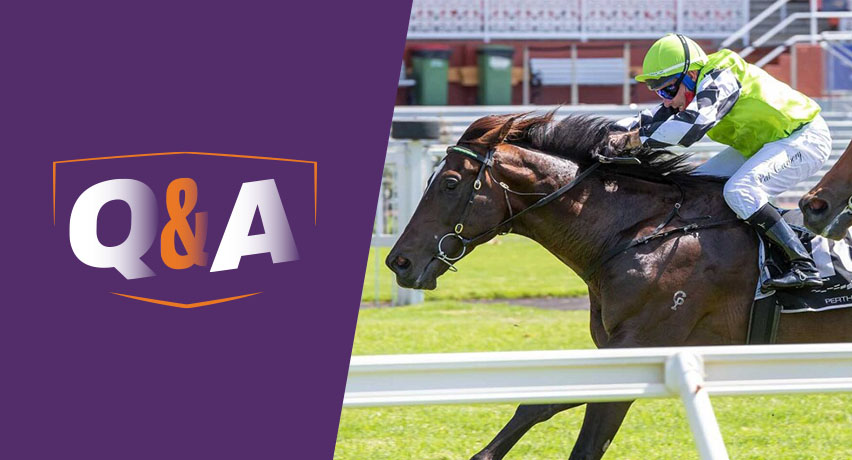 Diggers and TC are back for their weekly Q&A after a huge weekend of racing in Melbourne, Sydney and Perth. And it only gets better from here on with the build-up to round one of the AFL season.

DB: Good morning TC. Now before we talk events of the weekend on the track, we need to have a chat about a GOAT. Not the ones you and I have backed in years gone by, rather one of the human variety … Tom Brady. What on earth do we make of his retirement backflip?

TC: I’m speechless. I honestly thought we had seen the last of him. He said as much. He has pulled a page out of the John Farnham playbook and it might say a little bit about the quarterback situation in Tampa Bay. With him back there, what do you think is achievable in 2023?

DB: Depending on personnel, you’d be shocked if they’re not in the play-offs again. There was the Antonio Brown saga, Gronk had his injuries as he seems to. If they give Brady toys to play with and by that I mean receiving options, you can see a world where the Bucs are going to be really relevant in the NFC. That’s the NFL. Let’s talk AFL. How excited are you about round one closing in?

TC: Very. I’m most excited about Thursday night’s Carlton v Richmond match at the MCG. There is a lot on the line for the Blues, they need a fast start and Richmond is a tough team to get a handle on for mine. I am looking forward to what they can produce.

DB: Have you got either playing finals? And while we are still talking footy, why are you not interested in the grand final rematch 24 hours earlier?

TC: I think we know what to expect from Melbourne and the Bulldogs this year. They are top-four material. I don’t have either Carlton or Richmond in my eight, but they are certainly a part of the 12 teams capable of playing finals football. Carlton can, especially with a fit Charlie Curnow. What about the teams from WA? Do they get off to winning starts?

DB: I think they do, TC. Fremantle despite no Matt Taberner should be good enough to get over the top of Adelaide, who are missing a few of their better performers. You know my thoughts on the Dockers this season. As for West Coast, they cannot afford to be dropping a home game to Gold Coast, regardless of their personnel problems. I don’t think they will.

TC: What’s the game you’re most looking forward to in round one?

DB: Geelong v Essendon intrigues me. Can the Cats go again and contend in 2022 is the question? As for the Bombers, they look to have genuine upside. Who is your round-one lock?

TC: I think Fremantle are the lock.

TC: They are a $1.71 the Dockers. I think that is good value despite no Taberner, but as you’ll explain here Digby, I also agree with your lock in a round that is tough to identify morals. Can you explain your moral please?

DB: Moral is a strong word, but I am bullish about the prospects of Brisbane at the Gabba on Saturday night against Port Adelaide. For mine, the Power are on the watchlist, whereas the Lions have the capacity to go really deep in September.

TC: Enough football. Back to the track we go … what was the major takeaway from the weekend?

DB: Let’s play the parochial card and stay in WA. The effort of Grant Williams to get Rokanori to win a Listed race at only his third start was massive and I can’t wait to see him go head-to-head with Alaskan God in the Melvista.

TC: So you’re saying it is a race in two?

DB: I didn’t say that TC. Don’t put words in my mouth. I’m saying I can’t wait to see them square off. What was your takeaway from the weekend?

TC: I’m not yet jumping off the Henchard bandwagon. I don’t think he lost any admirers on the weekend. Constant Dreaming is still improving for mine and given she has won back-to-back Listed fillies races, she deserves to be the favourite in the all-in Oaks market. I actually thought she would be shorter than the $3 she is now.

DB: So in short, can you give me your No.1 seeds for both the Oaks and the Derby?

TC: Sorry, I thought I just did. Henchard and Constant Dreaming.

DB: Okay smart arse, give me your No.1 seed for the Golden Slipper?

TC: That’s a tougher question. I think it is a lottery this year with the favourite (Coolangatta) having an unconventional campaign. I’m happy to stick with Sejardan, who has won three of four and will be strong late over the 1200m. Who have you got as the Slipper winner and is it the race you are most looking forward to on the weekend?

DB: Yes it is, just because I like two-year-old racing. Hopefully the track conditions improve and we get a nice even pad. If that occurs, I think Seven Veils is a knockout hope. She won the Reisling, the traditional lead-up, and ran quicker time that day than the boys. She will ride the speed and is effective in all sorts of ground. I think she’s overs. What race interests you the most?

TC: I’m with the Slipper as well, just because it is so open. Looking south and heading back to Saturday just gone, have you worked out how Roch ‘n’ Horse won the Newmarket and did we unveil a star with Duais winning the Australian Cup?

DB: I don’t think anybody could see the Mike Moroney horse winning the sprint. I certainly couldn’t. As for Duais, her run in the Chipping Norton was enormous and that is now her second Group 1 win. She’s a proper animal … one that could be back in Melbourne for spring contesting the cups. We haven’t touched on Kissonallforcheeks yet. What did you make of her win?

TC: She is a star. We already knew that over this side of the country. I’m shocked that those in the Eastern States were shocked. She is a mare with a great winning strike-rate and is dual Group 1 placed and went around at almost each-way odds. How can that be? The WA form is good, it always stacks up. They’re continually late to the party.

DB: Righto grumpy. That’s enough for this week. Anything else before you lose the plot?

TC: While I am on a roll, it’s a great time to jump on the Brooklyn Nets at $6.50 with TABtouch to win the NBA Championship.