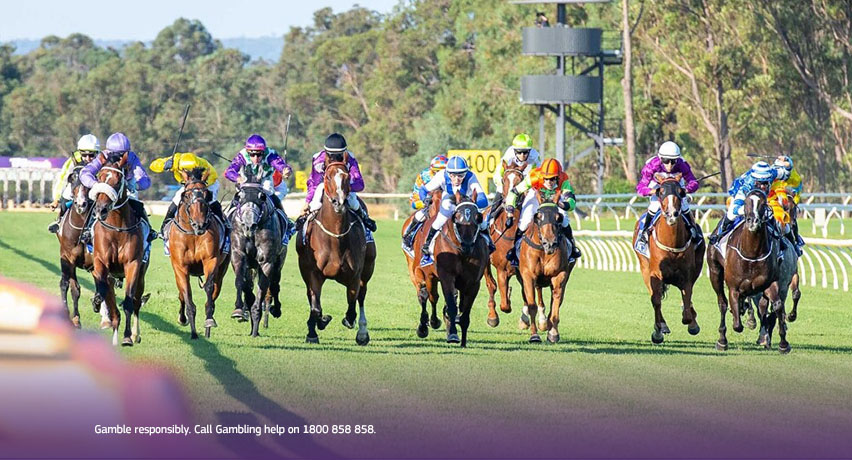 SMOKER has the invaluable 1000m straight experience and this again looks winnable for her. She ran into relatively sharp galloper Tales of Manhattan last time out and with that galloper winning again since we’ll side up with her. She comes across to put herself in a position and stays out of trouble. UHTRED RAGNARSON is looking to extend an imposing Grant Williams debutante run after he wheeled out Colossal and Alsephina recently for debut victory. Really attacked the line along the ‘cutaway’ at trials. MEN’S CLUB was huge behind Disco Donut at his last outing in January at Belmont. CHICK FLIX will get back and run on late.

MADAM KISSES was really well supported late in betting first-up for the Bernie Miller yard when drawn barrier 1 of 8 down the straight at Pinjarra Park and she proved far too classy for her rivals. Went into a C1 at Ascot and was pretty stiff to run into one as gritty and tough as Critical Altitude. She looks a filly on the rise and can zap them late. GALAXY CAT seems to grow a leg when they send her down the straight course. She’ll sit over the speed and gives Jett Stanley a big look at another winner. Wheels starting to turn for Jett Stanley and Taj Dyson. ROMERO has his first start in WA and has only missed the money once in his life. YUNA MAILMAN goes quick.

SO LIKEABLE was beaten in a Kalgoorlie maiden last start. Sounds like woeful form for a provincial maiden, however, that’s probably not quite a fair assessment of his effort. He had nothing go right for him and the start prior the rider lost the reigns and dropped the whip simultaneously. Think he gets it cheap here in front for Shaun O’Donnell and might be able to sneak away from them on straightening. SILVER BUGG gets back in her races and then winds up. In theory should be suited to Scarpside racing. MAGIC WHISTLE was hitting the line well last start from a mile off them. The better barrier helps. BENT LEG BORIS has run two honest races for Brain Kersley.

PLEASE GOD will take luck out of the equation. Split The Coolakin King and Merit Magic before finishing third to Mojo Rhythm and Glacier Miss. Blinkers go on first time, Holly Watson riding front runners extremely well and the odds on favourite likely to be strung up in traffic at stages. Could pinch it. SUPERIORIZE looks the one to beat on paper. First-up he split subsequent winners Rebelzone and Justamiddy and then second-up he was narrowly beaten by Glacier Miss. Safari Dyson brings the weight down to only 55kg and he is proven on rain affected going (second to Blazing Away on a Heavy8). Just a question on whether you’d take $1.70 about a horse who Brad Rawiller couldn’t lift home last start at even money. WHATA CARRYON ran well on debut. ETHAN is worth keeping safe at odds for the new yard.

LUCKY FOO FOO clearly has ability but also clearly has a few issues. She is a noted barrier rogue and while she seems to be slowly but surely getting better it’s always a risky proposition following in those horses who can run their race before the gates even open. Her last start effort was brave and she should lob a lovely position behind What A Prince and Valley Of Queens here. Gets her chance. EMERALD TRADER has real X-Factor. Every single time he has trialled he has left viewers keen to follow him wherever he goes. DARN NOBLE was a really nice trial and Paul Harvey heads to Pinjarra for one ride. WHAT A PRINCE comes out of strong NSW maiden races.

IGNITE THE FIRE is going well this preparation. With key rivals President Sam, Let Them All Talk and Ataboy Charlie all drawn really wide and awkward we’ll side up with IGNITE THE FIRE who should be able to enjoy an economical run tucked away in behind them. Looks like the extra trip will suit her. PRESIDENT SAM kept coming last start and while he is drawn wide he looks the kind of horse who could sustain a run if left out deep. LET THEM ALL TALK loomed large and just faded late. Should only improve fitness wise. MONEY FOR MUSIC looks like he will need every inch of this.

BE OPTIMISTIC went from a Geraldton maiden straight into a 60+ Graduation and was far from disgraced. The winner is an emerging talent, and there have so far been 3 runners to come out of that race (Piccola Signora – winner, Ground Braker – winner and Hezapro – placed). 60+ back into a C1 and looks like she’s ready to go through her grades. BENTLEY BEAU took a long, long while to break through for his first victory. See no reason why that little bit of confidence can’t see him winning back to back races. He’ll sit up over the speed and be there at the top of the straight. VELVET ROOM wasn’t too bad last start and that Keytrade form seems to be pretty handy. KELORA showed something last start behind Grace Du Roi & Zadar Rock.

REGAL CITY was excellent first-up at Geraldton, had genuine excuses second-up at Pinjarra and then ran well last start when swamped late by Keytrade. Gets out to the staying trip and in a race where there are three or four front running types he should park up over the speed and get the right run. Seems the harder and faster they go the better for him and he’ll go round eachway. MELARAB is particularly well placed here by Fred Kersley having done the majority of his racing in higher grade than this over the last 12 months. Working into form and great use of the claim. FREQUENT FRIAR won a similar race on Good Friday before it was called a no-race (incorrect distance). He’s a grinding type who will keep coming. MYSTICAL BABE comes from a maiden into a C3 and likely goes round unders.