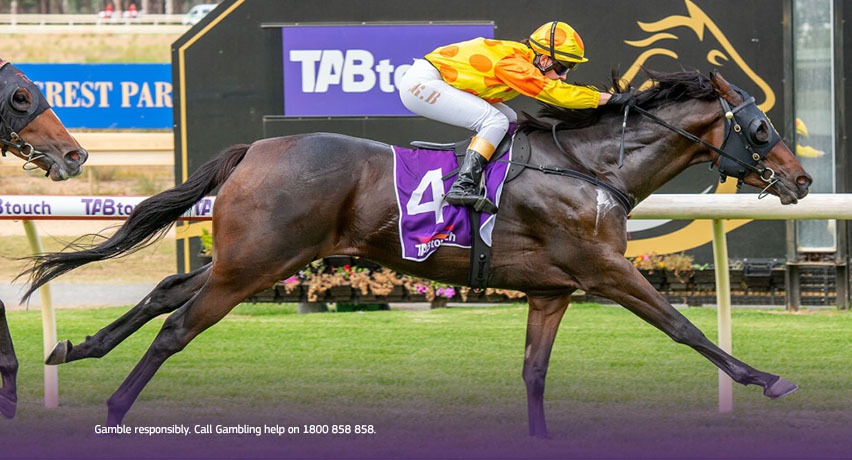 MYSTICAL BABE was parked deep from the 800 onwards last start at her first attempt at a genuine staying journey. She loomed the winner and just peaked in the last 100 and was beaten by Art Admirer who had a far softer run in transit. From barrier 1 CJP can park the filly leader’s back or even take it up in a race without a natural leader. TOP NOTCH SCOTCH was supported at odds last start and ran really well. Knocking on the door. FRECH might roll to the top if nothing else wants to be there. FLOPPY improved sharply and looks like he will stay.

ROLLED GOLD put the writing on the wall on debut with a strong effort behind War Hymn and then won well at start number two beating a pair of subsequent winners in Victory Vixen and Wommel Wock. Gives the impression that he is screaming out for a mile and from the barrier can stalk the every move of main danger Zadar Rock. ZADAR ROCK ran them into the ground first-up and then was a bit flat second-up. Looking for him to bounce back and try to run them off their legs. GRACE DU ROI will get back and be saved for one last crack at them. ELITE FIGHTER should get a lovely smother throughout.

I LOVE YOUR SMILE will get a lot of attention from trial watchers because while she’s only been seen publicly once in her life and she finished seventh of eight in the trial, it was far better than it reads on paper. LK Fernie is making a name of himself with his juveniles and this looks another sharp filly from his ever growing stable. Looked to have huge raw ability in that trial. Big market watch. LET’S ERUPT was slick at trials. Looked professional and looked to have a motor. Holly Watson’s claim brings her right down to 53.5kg. GODDESS OF GIVING has only had a 400m jump out and was very wayward early. Thought she ran home nicely late. SESSWA showed something in her initial trial.

WESTERN KNIGHT and COLOSSAL look a pair of above average debutantes. WESTERN KNIGHT is the first Peters Investments runner for Jarrad Noske and COLOSSAL is a regally bred Snitzel colt who races in the Mt Hallowell Stud colours and makes his debut for Grant Williams. Siding up narrowly with COLOSSAL who really got going late in his recent trial and should settle a few pairs closer in the run than Western Knight. WESTERN KNIGHT has travelled boldly in his trials and looks to have a turn of foot. No surprise to see him make a splash on debut. BLUE SKATES has race fitness on his side and shouldn’t be a maiden too much longer. LUCKY FOO FOO clearly has ability but she’s not a fan of the barriers.

SUPERIORIZE couldn’t have done much more first-up. He missed away by 2L, found a stack of traffic at the top of the home straight and then charged to the line to finish second behind Rebelzone. Expecting that to hold up as a form reference and with the benefit of the outing and a touch more luck it looks a great race for Superiorize (aka Paddy The Foal). VITALIZE backs up off 7 days and the long straight of the Pinjarra Scarpside should suit a filly like her. She’s ready to win one and will track up nicely along the fence. CITY OF SIN doesn’t have any numerical race form but the debut effort and the recent trial were both encouraging enough. SHE’S PUZZLING was never taken out of first gear in a recent trial and looked to have plenty in reserve.

BENTLEY BEAU could have finally found his race. Never get too enthusiastic when tipping an 11 start maiden who has finished in the money at 8 of those outings and often gone under a beaten favourite, however, he chased hard behind a handy 3 year old in Wommel Wock first-up and this looks an easier race on paper. Troy Turner can lead or box seat and he gets his chance (again). STEEL’S THE DEEL is proving a bit of a tease this campaign. Has ability but does take time to wind up and to balance. Scarpside definitely a positive for him. LET THEM ALL TALK went round at big odds on debut but hit the line as well as anything when getting clear late. DESJARDINS was chasing throughout on debut. Don’t dismiss.

WOMMEL WOCK will look for the front again for Kristy Bennett and in a field of 13 it’s probably a good thing staying out of trouble and out of traffic. With the main dangers natural backmarkers with wide gates he could pinch a break at the top of the corner. MOJO RHYTHM was a super maiden win without a trial and looks a horse on the rise. This is a deep C1 with at least 6 or 7 winning chances and he is drawn to get a long way back but it was hard to ignore the way he sustained a run fresh. SWEET ADMIRATION comes through a strong C1 behind Kaymay and War Hymn. Just needs a back to follow. KAZOKU didn’t come up last preparation. Didn’t mind the trial.

REGAL CITY had everything go wrong last start in a complete forgive run. His first-up effort was strong at Geraldton over an unsuitable distance and thinking from the wide gate that Lucy Warwick can take her time to work across into a prominent position over the speed and with Irritable Rodnee and Abeldane drawn wide he might even find himself with some cover. Going to roll the dice. ACT INNOCENT had been knocking on the door and deserved to break through last start. Maps a treat again. JULIETTE hasn’t won for a long, long while but she’s racing well. KEYTRADE can sneak into the race and if he sticks out the 1700m is a live chance.