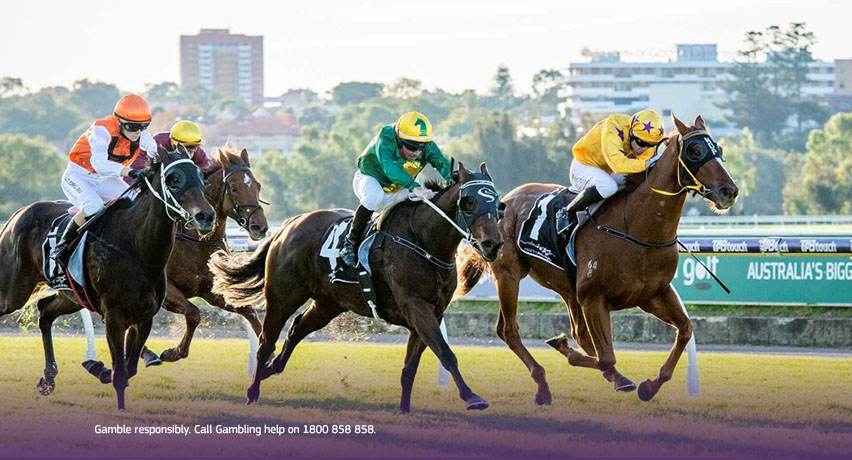 MOJO’S LUCK returned in a strong 2 year old midweek event behind Vampi At Play, Sentimental Belle and It’s All A Rumour. Expecting that race to hold up as a form reference and thought that Mojo’s Luck hit the line well and was looking for further. Gets an extra 200m and a senior rider. From the gate can sit close handy to them and when the fan along the cutaway he gets his chance. MEGAMI is going quite well and it wouldn’t surprise to see her find the front with only 52kg. PRINCE I THINK worked hard last start and was forced to make a move before the corner. ROYAL ELITE kept coming in a 1000m trial that was dominated from the front.

BRAVE VENTURE was able to do what few horses can and that’s break maiden status in a 3 year old 0MWLY or 3 year old handicap. The barrier makes things interesting but he looks the kind of horse who will naturally get back in his races regardless of where he’s drawn. Looks raw and talented and gives Paul Harvey a genuine look at an early double. Nice animal in the making. NORICH has been taking on the older horses recently and going super. The run two starts ago in a 66+ behind Puli was excellent and the run last start behind Cold Shizzle just as good. DESERT VIXEN will sit rearward and be saved for one last sprint through. SHAKE BABY SHAKE either crosses to lead or sits up outside of Simple Logic with only 53.5kg on her back.

EXTRA SECRET is coming out of a hot 3 year old 62+ behind Sniparoochy, Ain’t No Other Man and Bitofmerit. She’s yet to really find a race that has suited this preparation and think that this is about as weak as she has seen all campaign. Going better than numerical form suggests and should be able to sit back and be saved up for one sprint through them. She’s the kind of filly that cutaway racing should suit. DALHOUSIE is another who will sit back and look to zap the leader’s late. Showed a big turn of acceleration when winning first-up and then they were all run off their legs by Phanta last start. SENORITA DOROTEA is looking for three in a row and her only defeat this preparation came at the hands of Capital Flight who has won another three since. PROBITY trialled well for his return.

STORM COMMANDER is accepted to back up off 4 days from Saturday when finishing a respectable sixth behind Capital Flight, State of Power and Beads. Prior to that went around equal favourite with MY BABY BLUE JEAN in a 60+ Graduation against the older horses and three starts ago was a winner this track, this distance, this grade and carries only half a kilo more in this event. Excellent use of the claim and looks a nice race for him on the quick back-up. MY BABY BLUE JEAN was scratched from Saturday to save for this. Expecting with the claimer going on that she’ll be ridden for speed. FIRST LAW has not won a race for a long while and has had plenty of nice opportunities. Quickly running out of them. FATALE FEMME is a copy and paste job from First Law.

KEEP ATTACKING was given a peach by Jade McNaught on debut at Northam and beat the talented Brave Venture. Was then taken straight from a maiden into a 3yo 0MWLY and was drawn awkwardly and never really got into the race. Back into a C1, drawn barrier 1, has tactical speed to lead or box seat and Paul Harvey looks to have a great book on paper and is in form. Ticks a few boxes. CHOICE BID is now a 26 start C1 galloper. Finally draws a gate and his only win was in a 1200m race at Belmont, off 7 days and on a Soft6. Won’t get many more chances. FORTY NINER is going well and comes from a race that has already produced a winner in Bread To Flirt. GAMBLER’S GOLD is lightly raced and has a turn of foot.

SUNSPHERE is extremely well placed by the Durrant yard into this lowly 50+ ratings affair. Hasn’t seen a race of this nature since his C1 days and only five starts ago in a 66+ he finished second to Sluice Box who has gone on a winning spree since. Won the Apprentices Challenge four starts ago, placed to Reliable Star and Bold Success two starts ago and finished only 2.5L off that same pair last start. Great race for him, even with the weight. STREET FAIR is an out and out wet tracker. Was well backed at an eachway quote last start on a Good4. That’s an indication he’s going well enough and he improves 3L with every downgrade. DIPLOMAT EXPRESS is a rising 11 year old but gets a rare senior rider engagement and is going along quite well. MONEY TWIST broke the hearts of the loyal Mong Khon fan club (free to join, disappointment guaranteed, we’re meeting again Thursday) and should get an identical run in transit.

ELDORADO RIVER is bursting to win a race. With some of the main fancies and rivals having big weights she sneaks in with only 54.5kg and has barrier 1 and a cutaway available. She’ll likely sit three back the fence and provided Kolchino and Bonneville Black get them into the home straight (which they should) she’s dangerous late. ALL MAN doesn’t have great wet track statistics (17 starts on rain affected tracks for no wins) but when you dig a little bit deeper four have been at an unsuitable trip and five have been outside the handicap. He was been beaten a head on a Heavy8 so it’s not like he can’t handle the going. Don’t discount. BONNEVILLE BLACK has raced in higher grade his last 17 outings. Should be nearly ready. KOLCHINO romped in on a Heavy9 with 60kg two starts ago. Does he stay?

MAHALEO looks really hard to beat. Returned with a 3yo 0MLWY win at 1300m beating home Hammarmill and subsequent Saturday winner Seduce Me before being shuffled back to an impossible position on the corner second-up and flashing late to finish second before heading to a 3 year old 62+ and running well behind Magnificent Andy. The way he’s racing he’s looking for 1700m and he should get a great run from the draw. ROCK OF KAHA looks a legitimate danger. He gets in with only 55.5kg, runs for Keshaw Dhurun and can lead or box seat. MIDNIGHT MYSTERY is going well and should get a better run than last start. FAR TOO STRONG was sound last week.

THE FUGAZI hasn’t won a race in 1089 days (July 2019) but in that time he has run some seriously good races. First-up last campaign he split Graceful Girl (Winterbottom Stakes winner) and Mystical View. Second-up he finished third behind Magical Dream and Secret Plan, dead heating with Hot Zed. If he reproduces either of those runs, he would be winning this race. Always an inherent trust issue with these horses but off his trial he deserves a crack. LITTLE FLIRT was enormous last start. She’s one of the best wet trackers on the program and will have plenty of admirers. TREVERN is yet to hit his straps this campaign but drops in grade and gets out in trip. Should lead and control this. LET’S GALAHVANT looks like he will land in a beautiful position in running and has been racing well.