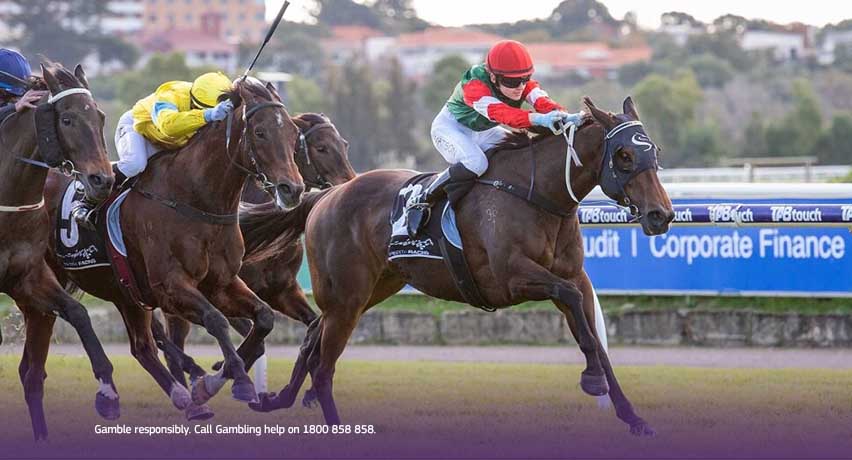 NERO KING will be all the rage amongst punters in the opening event. Seems as though every person in the State backed him on debut at Northam off the back of a pair of quiet yet highly impressive trials and then Jimmy Taylor pulled the trigger and threw him into the deep end at start number two straight into a 3yo 62+ Saturday behind some well-schooled types. He got himself into a bumping dual with Colossal from the 400 and finished off into third in a solid display. Back to midweek company, ridden cold, he should have too much firepower for his opposition. KENTUCKY BLUE drops out of an Aquanita Stakes when finishing third behind Black Fantasy and Outspoken Lad. ROMMEL’S JEUNEY can lead and get it soft. QUEEN OF JERUSALEM trialled super for her return.

VALENCY will likely be a filly who will do her best work over further than just 1000m but she looks to have a bit of upside and promise about her. She meets a field where the two main dangers are a last start Northam maiden winner with 60kg and a perennial C1 galloper who is drawn the outside gate. Perfect assignment for her to kick of what hopefully is a fruitful campaign. Looked sharp in her recent trial and can zap them late. CHOICE BIG has been a model of consistency throughout his preparation but just can’t find a race where he can get into a position without doing too much work. STAR SOPRANO was ridden for speed for the first time since arriving at Grant & Alana Williams’ yard and it paid dividends. This is harder and he has 2kg more to carry. PAEROA LAD ran well two starts ago at Ascot.

MIA GUSTO looks hard to beat in the third event at Belmont Park. A debut winner with 55kg in a 1000m scamper at Belmont Park and now she drops 2kg and should get an identical run in transit. She travels strongly, she has a turn of acceleration and provided she doesn’t get shuffled back in running into a traffic jam she should be too strong and remain undefeated. Great race for her and big opportunity for Taj Dyson to cement himself as a genuine metropolitan rider. EXPOROSE will likely kick through and have a sniff for the top. Solid effort on debut. SYMPHONY IN RED will again sit back and wide and let rip with her late sprint. PLATINUM CLASS never got clear in her trial or her debut race start.

WORK IN PROGRESS was well supported first-up to beat Rumour Says in a 2 year old Saturday race. Was gone on straightening but pulled up with excuses. Willing to follow up because the trials leading into her return to racing were both excellent, one from the front and one from the back. BUSTLER has looked above average at trials. High price yearling ($130,000) who has been well schooled over two preparations and looks ready to make a splash on debut. Steven Parnham times his return to the races to perfection and Bustler looks like he has a sharp turn of speed in his arsenal. VALSASSINA comes from the right juvenile yard and can take up a prominent position. IMA SINGLE GAL will likely burn across looking for a position over the speed.

BREAD TO FLIRT is knocking on the door and should get the right run here. No luck two starts ago behind Hola Marea and Oly’s Choice and then went close last start behind Find Your Man. Think she settles in a near identical position in running here and should be presenting at the right time in the home straight. STARRING KNIGHT is well placed by the Pearce Brothers. Backing up off 7 days, dropping in grade and dropping in weight after the claim. Hard to fault but there’s always an underlying trust issue with a horse who has had cardiac arrhythmia on multiple occasions. WHAT A PRINCE and REAL SENOR can roll across together and sit over the speed.

LOOK UP is only a Northam maiden winner but this race does look to lack a bit of depth. He is not an easy ride and has a fair bit to learn but think he has taken big improvement at each and every outing this campaign and might just be starting to work out what it’s all about. VISTA was held up in the home straight late in the race but the jury is out on just how well she was working into the race. Clearly has ability but tends to go round on the short side for a mare who hasn’t won since her debut. RED DWARF is a month between runs and back to 1300m which might be on the sharp side for him. Capable type but will need luck. GOLDEN LULLABY backs up off 7 days and didn’t look to run out a strong mile last week.

SHE’S A SWEET DEEL won in this grade four starts ago at Belmont over 1400m at $1.90. Since then she has finished third to Burnya To Survive in a 66+, a fast finishing sixth in this grade at 1650m and then sat up in the breeze at 1800m and looked a bit lost before heading for a spell. Quiet trials leading into her return and if they’re making ground, she’s a live chance in an open affair. THE ADMIRAL had no luck last week and was left looking for a run the entire length of the home straight. ZERO DEMERITS is well suited in this grade and was actually one of the few horses to make any ground at all behind Savage One, Big Screen and Ginger Flyer fresh. WINE NIGHT might find herself left alone out in front. Big improver.

FAR TOO STRONG looks out of form on paper, however, this is the lowest grade of race he has ever contested in his career and Paul Harvey jumps back on for the first time in the campaign. He is on the back-up and comes out of back to back races which have been dominated by those close to the speed. Going to have a throw at the stumps and put him on top at double figures. Keep safe. WESTRIVER MIRACLE won well at his first start for the Pearce Brothers and is a proven weight carrier who should get a soft run in transit. LORD LONSDALE was poor last start after following the winner in running. Previous form was sound. AWESOME CHATTER fell in a C1 last start, this is harder and further.

ACEFIRE was caught three deep outside the lead first-up without a trial in a hot 3 year old 62+ behind Sniparoochy and Hardly Ever. Second-up drops in grade, draws a better gate and has a senior rider engaged. Considering the run he endured first-up thought he actually fought on quite well until the 100m. This should be eachway the field and he looks a live chance. REGAL MAGIC hit the line powerfully first-up behind Storm Commander and Forever Autumn. The extra 200m is a big plus for her. ENTICING has shades re-attached, both of his career wins are with blinkers on. CYWER is clearly talented but this is a fairly deep C3 and he’s drawn really sticky.