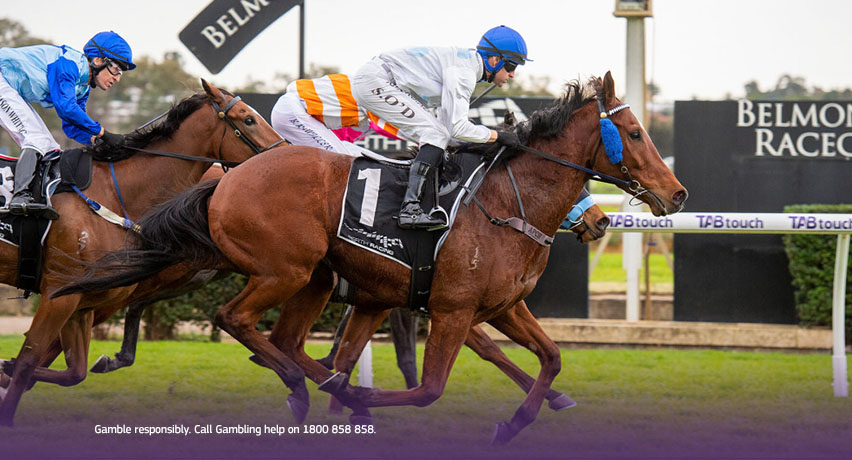 EL PATRON looks primed to score second-up. Finished second to highly impressive and undefeated filly Rumour Says in a trial before heading to the races when sitting in the breeze and being run down late by Mia Gusto. Drawn to sit over the speed again and gets every possible chance. JUST A RUMOUR was sharp in his recent trial behind proven filly Vampi At Play. Got around heels late and let go with a strong turn of foot. Looks suited to drawing barrier 1 with a cutaway. COMMANDING OFFICER did it tough on debut and impressively kept coming to the line. THEHORSEMAN has an awkward gate but has trialled well.

NO PEER was green and wayward in her first-up run but it was hard to miss her in replay. Did a fair bit wrong and ran around under pressure but was hitting the line full of running behind Rumour Says. Comes from a Saturday 2 year old to a midweek (effectively a maiden) and is drawn to get a great run. Looks hard to hold out second-up. BISECTOR will be on a jump and run mission. Seems only one way to ride this filly and that’s for pure speed. PLATINUM CLASS didn’t get much room to move in her recent trial but looked to be going well enough. SYMPHONY IN RED has shown something in both of her trials over two preparations.

OXBRIDGE is going super for his new stable and lobs a winnable C3 in town. Three starts ago finished second to Mystery Moment (now a 54+ winner), two starts ago finished second to Zip Your Lips and then last start in a C3 at Pinjarra finished a narrow second to emerging 3 year old Stylax when doing it tough throughout. No real speed in this outside of Oxbridge and Lucky Heart so he should slide across into a commanding position and give Stephen Sheehy a great sigher at a metro winner. DARK ASSAULT was lengths better than it reads on paper last start. Was a day when it was near impossible to make ground out wide, making him one of the runs of the meeting. Ready to win. ENSIGN PULVER doesn’t win out of turn but ran well last start at odds. WESTRIVER MIRACLE finds a new home and is lightly raced compared to the majority of these.

ON THE FULL and SENORITA DOROTEA are both impressive last start Northam 1100m maiden winners. Think the ON THE FULL’s maiden win had plenty of merit to it and he looked like he would take the most benefit from the race experience. Was very green and responded late in the race when asked to dig deep and fend off Too Much Talk who was since plunged in betting when running second. Jumps and can absorb pressure. SENORITA DOROTEA went around $1.26 in her maiden and toyed with moderate opposition. You would think she nearly lands one out and one back here with Kimberley Boy drawn out deep. DAIS could be dangerous late, especially if the cutaway area is hot. Can show a strong turn of acceleration. DADIRRA is better suited back into a C1.

Suggested Bet – ON THE FULL WIN

COLD SHIZZLE gets his best chance yet this preparation to win one. Has had three starts so far this campaign, two in 62+ 3 year old Saturday company and one in a 60+ against the older horses. Finished 1.8L off Seduce Me and Sniparoochy last start and loomed the winner on straightening. Peaked on his run in the last 100 and now comes back in distance and back in grade. Should get every chance from the ideal barrier. EXTRA SECRET was eye catching at her return to racing. Clint Johnston-Porter never got much clear galloping room in the home straight and she still rattled home. CHARMING BELLE comes back to a midweeker and while drawn wide goes back regardless. BRAVE VENTURE looks to have raw ability. Love Paul Harvey going on.

BREAD TO FLIRT had some genuine excuses last start when held up on multiple occasions down the home straight. Senior rider on, scratched from Saturday to save for Wednesday and drawn a gate to work with. Think she’s about ready and this is a genuine eachway the field job. One of 7 or 8 winning chances. FIND YOUR MAN has been run off his legs first-up and second-up at 1000m. The step up in trip looks to suit. FORTY NINER took a while to break through but can go on with it now. WHAT A PRINCE will jump and roll. 1400m looks his sweet spot.

SAVANIK is well placed. DASH DOLL is well placed. ROCKY PATH is well placed. But the one thing they all have in common is some level of concern from a betting perspective. SAVANIK: claiming apprentice who maps to be nearly last. DASH DOLL: hasn’t been seen at the races for over 6 weeks. ROCKY PATH: tends to find traffic and bad luck in her races. Of those three causes for concern think that the safest option is likely SAVANIK who can sit back and then wind up into the race. DASH DOLL has been flying all campaign without any luck at all. Comes from some winner producing form races and is finally back to her right grade. ROCKY PATH won’t get a better chance than this and she’s been reeling off consistently sharp closing sections. MAIN ENGINE will stalk the speed and get every chance.

VANE TEMPEST has a mind of her own sometimes and when she says it’s time to go, you’re best off just letting her do her thing (a few of us probably date/are married to a Vane Tempest type). Luke Campbell had his first ride aboard the enigmatic mare last start and she took him for a ride from the 600 and was simply too classy for them late. Can be hit and miss out of the gates but if she leaves cleanly, she’ll take running down again. GHOST WHO WALKS was a tough watch 7 days ago. Looked like getting back and then after missing the kick was fired out and ended up pulling out three and four deep at the back of the field. Worth following up. GLASGOW GIRL might get under the radar here. If Vane Tempest misses away she should kick through to lead. PEPPER ASSAULT will be poking up along the fence late.