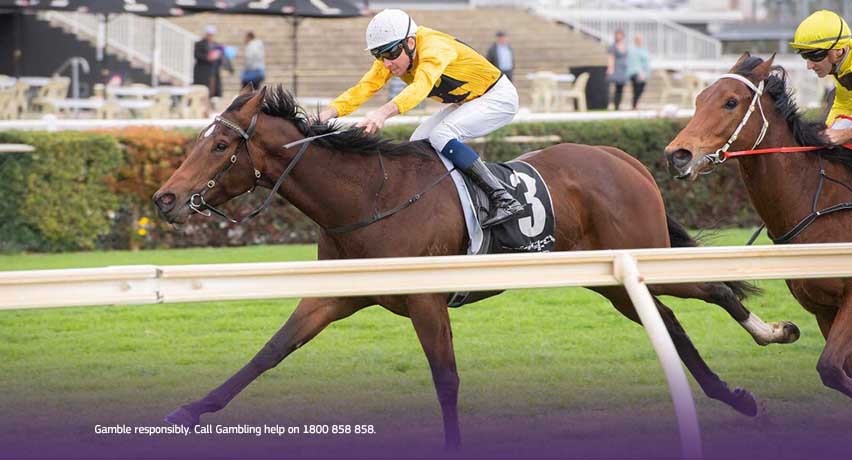 OUTSPOKEN LAD was a dominant winner on debut this track, this distance and this grade. Got away from them late to win by over 2.5L and win soft. Has to reproduce the soft7 run on a Good4 (rains forecast to begin from 5pm) and is drawn the outside gate but expecting Pike to take luck out of the equation and allow him to stride forward outside the lead and from there prove too classy. BLACK FANTASY ran second in the same race and gets 1.5kg weight swing and the advantage of box seating with a cutaway in play. Capable of repeating the stable quinella/exacta. LINDRAM WALTER was luckless first-up when plunged and simply found Saturday grade too strong last time out. HE’S A LUCKY LAD hasn’t had much go his way so far.

DIAMOND BLUE finds himself in a maiden for the first time in a while. Placed in the Perth Stakes as a 2 year old behind He’s Gold and Storm Whisper and then was far from disgraced in the Karrakatta Plate and WA Sires Produce. Won a recent 1000m Belmont trial impressively over Mahaelo then went into a very strong 3yo 0MWLY first-up when running into the likes of Bitofmerit, Buzzoom and Champagne Dame. That should hold up as a form reference and coming into a maiden he even drops 4.5kg in weight. Can lead, can control and should go well. I CAN SEE CLARA caught the eye late in her recent trial and should be able to hold a position midfield or just worse. RULELEE has hit the line in every career outing and is clearly knocking on the door. LOOK HERE PUNK has trialled nicely on a number of occasions across a few mini preps.

RECALLED was a serious trial at Lark Hill on September 6 when sitting back and wide and sustaining a run from a long way out. In the concluding stages matched motors with Rokanori who looks well above average and probably wins on Thursday in a maiden. Drawn a gate for his debut he should land in a nice position and with the cutaway rail in play the horses just behind the leaders will get their chance on turning for home. Looks to have a future. ELUSIVE DREAM was the target of big money on debut and didn’t fire a shot. Respecting the support that came and forgiving the soft7 failure. PALE RIDER comes from what we expect to be a hot form race behind Bitofmerit & co. JUSTAMIDDY ran well on debut and has a set of shades added.

STOCKTAKA steps to a staying trip for the first time since joining Ash Maley’s yard and is looking to break a long run of outs which spans 910 days. Placed in C3 grade at his last three and in his most recent two outings has run particularly well from the front when setting electric early and middle sections. Has to settle for Pike to see out the trip but if there’s anyone who can get him to come back underneath them it’ll be the Wiz. Won’t get a better chance than this. SURF POINT looks the logical danger. Only won a C1 last time out but did it well. If the rain comes early he’ll be a big beneficiary. TWENTYTHREE RED and BLAISZEN CAZAH are both honest mid-week types who will pinch a staying race here and there.

THE BEACH brings alternate form through Kalgoorlie but looks to have found a winnable race and can give some serious cheek out in front. Hannah Fitzgerald, fresh off a day out at York on Sunday can cross to the top on this high-speed mare and she might just be able to pinch it. Only two starts ago lead until the shadows when gunned down by Dark Mission and Devine Beast. Track/distance stats read woefully but she’s a different mare under David Smith. PEPPER ASSAULT is no doubt the testing material in this race. Undefeated after two and given a freshen up by Holly Taylor. Looks a capable mare and the form from her debut win has proven very strong (Agent Kensington & Somethingready). DARK CITY is for sale yet can definitely win this race without surprising. Should tuck away in behind the speed waiting for the cutaway. WINNIE’S WINE is flying but doesn’t seem to know how to win.

STELLAR VISTA and LET’S CUT LOOSE both return to the races for Simon Miller, are drawn alongside eachother to get the runs they need and both won first-up last campaign. STELLA VISTA broke her maiden at Pinjarra and then finished a fast finishing third behind Billy Ain’t Silly in a 3 year old 62+. LET’S CUT LOOSE sat three deep the trip without cover at Ascot to break her maiden and then finished less than 4L off Kaptain Kaos in a 3 year old 62+. Look to hold a big market % between them and going to side narrowly with STELLAR VISTA who has a big turn of foot in her arsenal. DOUBLE DEMERITS hasn’t drawn a gate but looks to have raw talent. SOMETHINGREADY will be doing her best late.

PAMBELLA has never seen a C1 in her life. If she can’t finish in the money here then she really is at cross roads in her career. Has been more than competitive in far, far better races than this. Only three starts back in a C3 she went around $4.80 in a winner producing race (Karijini Aurora, Indominus, Call Again). Drawn a gate, right grade and likely to go round double figures. Now or never. SPARKLING JEWEL was successfully plunged on debut and then went around odds on in a C3. Back to a more suitable race and should appreciate time to wind up through her gears at Belmont Park. BELGRANO BELLE fought off Chang Man strongly last start to break maiden status. OLDEN comes back from a 2200m event and has a senior rider back aboard. Either leads or box seats.

AGENT KENSINGTON has simply come back a different mare this preparation. Bigger, stronger and better. Would have been a moral beat last Wednesday if Paul Harvey didn’t get her into the clear. Maps to sit just off the speed, mare in form, why can’t she win again? LOVE DRUNK BABY comes from a maiden into a 60+. Not an easy thing to do but he does look a progressive front runner who was able to record a strong first-up victory in sharp time. JAGUAR GREY looks well suited to box seating behind the natural leader in Love Drunk Baby and then taking the cutaway run when it appears. ROCKY PATH is going super but her race pattern is always against her. They’ll need to be making ground for her to be a winning chance.