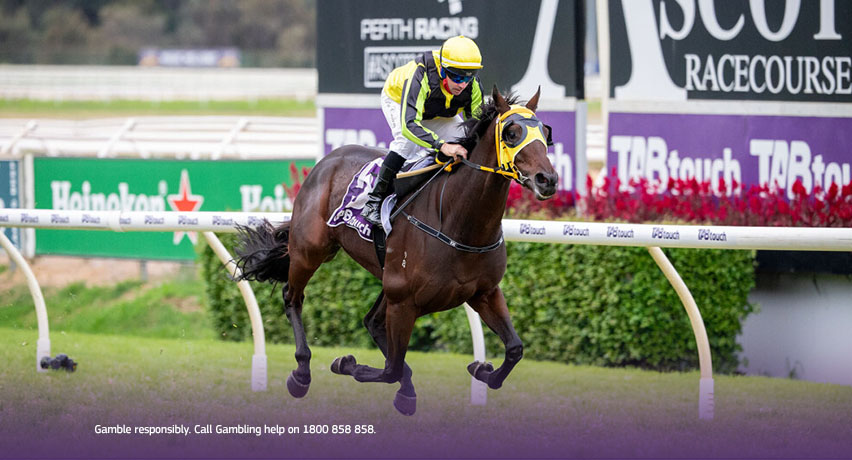 ALSEPHNIA was highly impressive on debut when winning a maiden run 5L faster than average. She beat Born To Talk that day who made the form look good at his next start winning in this grade (3yo 0MWLY) and she meets him half a kilo better at the weights for beating him by over a length. She’ll jump in the red. MY MARLIANA could be the danger if left alone out in front. She’ll have Alsephina stalking her with the cutaway in play but she was dominant with weight in Geraldton. BORN TO TALK looks to be improving but to turn the tables on Alsephina would be a huge effort. NORTHERN RULER next best.

DESERT VIXEN raced almost exclusively in 3 year old feature events last campaign. She resumed in the 3 year old Classic and then went to Northam for an easy maiden kill, before re-joining the big guns in the Burgess Queen, Champion Fillies and then the $125,000 3yo Westspeed feature. Trialled quiet and soft without blinkers and looks ready to go through the grades this time in. Keen that she returns a winner. GALANCY will go round a big price. Senior rider on and when he was able to lead in his maiden he won in style. No surprise to see him attack early. LADY TORNADO was a shade disappointing last start. Expecting her to be ridden cold and saved for one last run at them. GLACIER MISS won well last start and Superiorize won with his eyes closed at his next outing to make the form look good.

THE ADMIRAL put the writing on the wall at his WA debut with a barnstorming late finish from a long way off the speed. He jumped as well as anything that day and was restrained from the wide gate, so he looks more than capable of taking full advantage of the better barrier draw. Looks hard to beat at his second WA outing. GOLD FRIARS is another who can position up over the speed here after settling rearward first-up. Trial was nice and he did finish off strongly fresh. DELTA ANNE was as good a run (if not better) than Artienne last start and will likely go round double the price. MAXIMUM IMPACT can kick through to lead or box seat and finds this easier than last start in a 3 year old Plate.

BIRDIEAGLE was really well commissioned last in betting last start and hit the front on straightening in a race where the leaders took him absolutely no where. He was left a sitting duck to be run down and ran around under pressure late when finishing third. Senior rider back on and strikes another very thin C1. GINGER MACK is going along alright. Both runs this campaign have had some merit. TRUE MOON broke his maiden well and looks an improving type from an in form yard. MONEY FOR OLD ROPE never missed the money for Lindsey Smith and can lead and dictate here.

KING CRUZER lead and controlled a 1000m C3 first-up and got right away from them in the straight when kicking clear to win with a level of authority. He rises to 60.5kg but has raced well with weight previously and going off his trial and his first-up win he might just have worked out what racing is all about. Think he leads again here and he looks even better suited out to 1200m. See no reason why he can’t win again. WAR GEM ran well first-up in a winner producing 3 year old Plate but then was only fair second-up. Gear changes made and drawn to get a lovely trail into the race. SCHOOLHOUSE ROCK will sweat on the cutaway run but has a sharp turn of foot. GUARD THE SAFE had to win last start. This is a lot deeper and a lot harder.

SCORPION STORMZ looks one of many live hopes here. Thought he trialled particularly well leading into his first-up assignment and was simply never a hope on paper. He drew wide, he was in a hot 60+ Graduation and he settled rearward in a race which was dominated from the front. From that race we’ve seen Speed Dream and Dunbar quinella a C5 at Northam and Scorpion Stormz drops into a C3 and is drawn to get a gun run. Worth a throw at the stumps eachway. KAZOKU comes from a strong C1, Sweet Admiration and Mojo Rhythm are emerging 3 year olds and Kazoku was strong when beating the pair of them. WUNDERKIND is racing in career best form and can box seat with the cutaway available. TESTING LOVE is going well for the new yard. Barrier hurts.

GROUND BRAKER and RUN LIKE FIRE are both last start winners from farcically run races. GROUND BRAKER lead and controlled in a C3 run 5.5L slower than average and RUN LIKE FIRE gunned down moderate C1 opposition in a sit and sprint run 12L slower than average. Going to side up with the proven C3 commodity in Ground Braker who showed versatility last start when ambling to the top. Winning move by Patrick Carbery who was the only one to show any level of intent and was duly rewarded. Going well. SHADOW GIRL might be the forgotten horse in early markets. Thought her first-up run in WA was solid and most of these are racing outside their Class Grade. Don’t discount. RUN LIKE FIRE will get home well late and looks ready to go through the midweek staying ranks. ARNRAY is a maiden with ability.