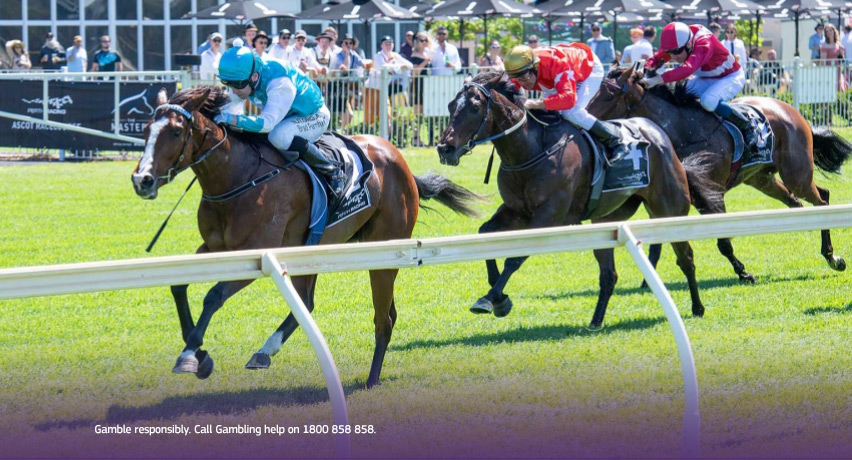 GHOBELLA ran some really good races in her 2 year old season. Was beaten 6L into second on debut but by Real Grace before an impressive second to Samsurian and a minor placing to Miss Ivy League and Powerful at Ascot. Resumes off the back of two impressive trials and with track conditions expect to suit those getting back and running on she is probably drawn in the prime position. SMASHING was well thought of in the market at every start last campaign. Resumes off a solid 400m jump out. ALPHA AND OMEGA ended up in a sticky position on debut in a part of the track that didn’t suit. NOBEL LAURENCE lays in quite badly but looks to have a stack of natural ability.

THE WHITE WITCH ran second to Our Boy Dylan on debut back in March before being thrown in the deep end into the Group 3 Sires Produce behind Watch Me Dance, Dom to Shoot and Emm Tee Aye. Did a super job to get within 3.5L of those after enduring a torrid run in transit. Again thrown into a 3 year old Saturday race first-up and got no luck at all. Ridden cold from the draw she can get over them late. NOBELLITY pushed Dunbar at Pinjarra and showed ability at trials in both campaigns. POWERFUL has only been seen once at the races and was beaten a nose. Looks jump and run. TREVERN similarly will be looking to run along.

BLOCK OF LAND is double nominated for Wednesday and Thursday and regardless of which way they elect to go he’ll be the on top selection for both meetings. This one is probably a bit deeper than the Northam race so no surprise to see them scratch and save him for the weaker option but if he does start here he looks to get track and wind conditions to suit with the SW in play. No luck at all last start and finally putting it all together. RED HOT HOPE is the half to Kay Cee and caught the eye on debut. Just like her half sister looks like she’ll try her heart out. DARCELE needs conditions to suit her race pattern and gets them on Wednesday. DOOWAHDIDDY was scratched from Saturday to save for this.

BLACKWATER BAY is a C1 in a C3 but still looks well suited to scoring a first-up victory. There are only a handful of stables you would back first-up at a mile (Durrant, Warwick, Kersley) and his warm up trials have been super. Mitch Pateman the likely beneficiary of Clint Johnston-Porter’s suspension and with even luck he looks very hard to hold out late. Highly progressive and worth following. DEPUTANO hasn’t put a foot wrong so far this preparation when racing without any luck. ALIMENTARIA is better suited in this grade and up in distance. ADMIRAL PROMO ran home well last week in similar conditions.

TIME SCALE won her maiden 41 days ago and is probably going to be a better filly chasing. From the wide gate and with the rail at 14m and the SW blowing they get the perfect opportunity to settle back three deep with cover and unleash late. Weak C1 and she looks to have the most upside. SMART PRINCESS was stiff to run into a filly like Magical Dream at Norhtam in a C1 and Real Grace before that. Will thrive with no Cerise and White in the field. NOT MY FIGHT comes back in trip and was brave in a tight finish last start. DARK CITY showed versatility last start in his maiden win.

HOLY ENCHANTMENT backs up off 7 days, drops from a C3 back into a C1 and has the blinkers added for the first time. Second attempt at 1800m and looks far better suited in this than he did last week. Brad Parnham is on fire and from the three deep with cover line he looks hard to hold out. TREASURED CROWN draws a gate but that means he may be cluttered away in traffic. Laqdar Ramoly loves riding for luck and that’s fraught with danger at the likely price. SHOWADDYWADDY showed a glimpse last start. SKY FIVE will improve quickly into the campaign.

WITHOUT REASON is super consistent and as honest as they come. Winner four starts ago, luckless when held up at crucial stages three starts ago, enormous with weight over the top of a ridiculously strong tempo two starts ago and then put in probably his most plain performance of the preparation last start when sitting over a pedestrian tempo and being run down in a sit sprint. Interesting to see how they ride him with the shades off. COME RIGHT BACK does look a Peter Hall type of stayer who needs work a fair way from home. THE CAT RATCHER caught the eye late last start and will be at a big price. PINK AND PURPLE was luckless last start and can go well at a price.

SECRET PLAN will be the best for a number of punters and will be the anchor for many a quaddie. Drops from an extremely high rating 3 year old Saturday race back into a moderate midweek C3 and should get everything go his way. With even luck he’ll stamp himself a Guineas hope. SCHOOLHOUSE ROCK is a talented type and well placed back into this grade. The barrier could be a blessing in disguise. DAD’S BIGHEADED was only fair first-up but showed ability as a 2 year old. DAISHIO gets a soft run with a winnable weight.