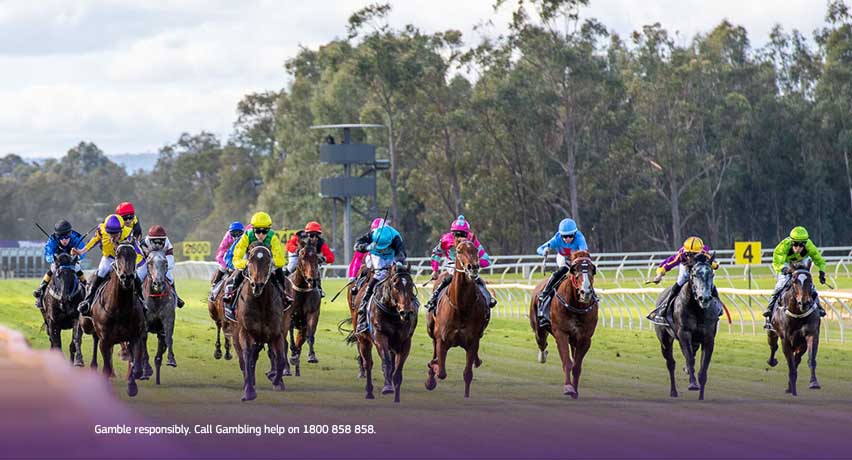 CARTANERA finished off well first-up at 1400m from the rear of the field. There’s only 5 opponents here and she should position up a pair or two closer in the run. The step to a mile looks suitable and this is both open and even. No surprise to see any of them win. ROEY CLAM was beaten by Riding Hood Fame and Ultimate Style certainly didn’t make the form jump off the page earlier in the week. Shades on, CJP on = respect but is yet to finish in the money in 10 starts. SOCIAL IMPACT ran a riper on debut when beaten by the narrowest of margins. Went around 30-1 that day and was beaten out of sight in the trial. Take on trust. LUCKY FOO FOO steps out to a mile and backs up. She also has shades attached.

SHE’S PUZZLING gets another go here. She was really strong in a Westspeed Platinum when wide and working throughout two starts ago and finishing third behind deadheat winners Gates of Babylon (races Wednesday) and Safety Bay (likely races Saturday) and then went around a beaten favourite narrowly in a midweek metro maiden. She’s knocking on the door and the first two got right away from them late in that maiden so she deserves another on top selection. HERO IN THE WIND had all the right form leading into her last start in Kalgoorlie. Got a long way back and never really looked likely in running. Senior rider on. KUTSANYA might need further than 1300m but can sprint well fresh. Improved at every start in his initial preparation. MADAME WU trialled well and simply didn’t come up when last in work.

EEE PEE CEE was a good trial on 30 May. The previous trials were excellent in November and in December and in the recent trial CJP had no where to go for the majority of the trial and then got home really strongly under a hold. Don’t think there’s any standouts in this event and so we’ll back him in on debut to get the job done. Barrier 1 means he just needs to leave cleanly to hold a position in running and he looks to have a motor. SAMBAZA looks the danger. Ran a nice second on debut to Gambler’s Gold and beat home Nutwood in a recent trial who won fresh. MAGICAL GEM has shown ability at trials in two preparations. Barrier hurts. TUSCAN SUNRISE was really strong late in betting and then endured a horror run.

BORN AND BREAD is a really interesting runner in this all age maiden. Kieran McDonagh takes his 2 year old filly to the race and she gets in with only 53.5kg. He takes the shades off after she really got running last start in a SWP Saturday event (she lead Revitup..). On debut down the straight under O’Donnell she finished a narrow second to nice 2 year old Capo Veloce. Think she’s a massive chance in this. KAMARSHALL has won both of her trials and is drawn on the ‘right’ side of the Pinjarra straight. She’ll be hard to beat on debut at her home track. KEEP ON ATTACKING has impressed at each and every trial. Well schooled and runs a race on debut. REGAL ACCESS has looked good every time he has trialled.

BOPPING BLUE trialled like a horse who would be winning first-up. He is a jump and run type of short course sprinter and with the 2kg claim for Victoria Corver and only 57.5kg on his back you would think he’ll be simply too sharp for these. Last time out he lead throughout in a 3 year old Plate with 58kg to beat Beads. That form speaks for itself. He has to jump pretty short in this event. Always a risk with horses first time down the 1000m straight but in theory he should be a bit too classy for them. Shop early you’d think? AY TEE EMM is hard to catch but seems to love the Pinjarra 1000. With clear air and a clean run at them he’ll be flying late. DAISHIO won a C5 only five starts back. MELODY’S SECRET can unleash a powerful turn of foot on her day.

CATEGORY THREE is really well placed here by Adam Durrant. She won well on debut in an Albany maiden and got an easy kill on the board. She was then thrown straight into a 2 & 3yo 0MWLY race behind War Gem (races on Wednesday) and was competitive beaten just on a length. Drops back into a C1 and may well pack too many punches for these late in the race. MONG KHON ran a great race last start at odds. Found the front and controlled. Finished only half a length off Without Reg. MIRROR MOON had no luck first-up and then was solid in a C3 last start. Back to her right grade. NINTYONE DWYER is going super. Just always seems to draw sticky.

SPECIAL PICTURE looks ready to run a big race. First-up in a C3 finished less than 3L off Penny’s Afield, put in a below par performance second-up when finishing a long way off subsequent Saturday winner Shake The Bloom and then last start was finishing off nicely behind Canny Jack. Always come back to her fourth behind Jadavi in a 60+ Graduation to convince myself she’s got something to offer and she goes round eachway more often than not. SCORPION STORMZ was scratched on Saturday with a hoof abscess. He is E1 here but if he gains a start he probably goes round near favourite. Nice race for him. MYSTERY MOMENT comes through the same race as him and she was finding the line well enough. RED DWARF is top weight as a C1 in a C3. He’ll find one soon.