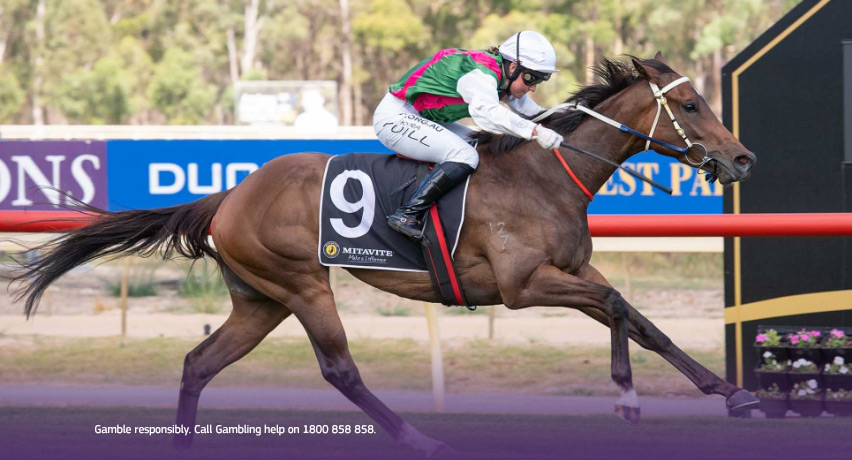 TIGER MOVE resumes off a moderate trial at Belmont back in mid December. Had three runs as a 2 year old and that included a placing on debut behind Sassy Trader and then got within 2.5L of Dad’s Bigheaded, Sunset Cruise and Kallaroo. Luciani’s can produce them fresh and Chris Parnham rides the 1000m straight well. THREE SESSIONS is a debutante from the small country yard of Barry Newnham. Can get his hands on a good one and this gelding trialled up nicely. KILL THE LIGHTS went close first-up and race experience down the straight is gold. ELAFELLA has trailed well for his debut and should be in the finish.

SPICY DANCER was 43 days between runs when running a narrow second to Ambergate Rose down the 1000m straight. Drawn wide which is always handy and raced up on the pace and travelled in running. Looks hard to beat at his second straight outing. FOR OUR NIC isn’t going too bad and can run a cheeky race at odds. CENTENARY ROAD is on debut and showed a glimpse at trials. ITS TIFFS is high speed. Interesting to see if Yuill comes across or goes straight down the centre.

WHAT ABOUT MOI looks a class above rivals. Really good run on debut behind Anoshar and subsequent winner Prize Pursuit. Went to a Saturday 3 year old race when running into the likes of Toscana, Sheza Chalmer and First Law. Then ran a narrow second to Cerise and White galloper Prized Miss, running straight past C1 opponent Smashing. Back to maiden grade, short and sweet. I SKATE has blinkers added and that could see him improve sharply. Going well enough. GUARDED is no star but should find the front and get it cheap. STELLA FAIR was beaten fair and square at Geraldton but this isn’t a deep race after What About Moi.

Suggested Bet – WHAT ABOUT MOI WIN

FIERY BAY was one of the runs of the meeting first-up when charging home off the back of a pedestrian tempo. Drawn wide here in a capcity line-up makes things difficult but if Lucy Warwick can get him any sort of half decent run then he should be getting over them. Looks to have returned really well. VITAL TIMES is resuming and from the gates should slot in to a nice enough position. Has reasonable form from the last campaign. GINGER MACK has had a lot of chances but Troy Turner can have him close handy in a weak race. BYE FELECIA had absolutely no luck last start. Luck to stay on her feet at the top of the straight.

WARCIDIUM is first-up at 1600m but Fred Kersley is a genius at getting his horses fit enough. Melarab first-up winner at 1600, Light Up The Moon first-up winner at 2000m. Last preparation ran third behind Snickerdoodledandy first-up in a 2 year old 1400m. Should be well and truly strong enough form for this. SURF POINT caught the eye last start when flashing down the outside late in the race. TRISUEM has a gate and C.Parnham. Two massive ticks for a horse going well. DATALKA can come out running and inject some speed.

NIGHT SESSION gets the nod in a wide open C1 2000m. This race should be eachway the field and there are at least 8 or 9 of them with legitimate winning chances. Not much ratings wise between any of them and it looks like Night Session who will get the best run from the draw. When in doubt #Pontiff. FREQUENT FRIAR won a very weak maiden and needed everything in the kitchen sink that Pike could throw at him. Amazingly finds another winnable race. REVEUSE is frustrating to follow. Has enough ability but doesn’t get any luck. Own worst enemy. DANCE OF THE SOUTH is an emergency and a maiden filly. Ran well last start in a stronger race than this.

STAR GLITTER really put the writing on the wall last start. Might be a 9 year old in the twilight of his career but Neville Parnham does a super job with these old boys and his flashing third behind Platinum Bullet and Weaponson in a 72+ looks extraordinarily good form for a race like this. BERET comes back in trip and might not quite stick out 1500/1600. Should improve off a soft run. LIL RED BIKINI races close handy to the speed and has returned to racing well. MY DEMI is as honest and consistent as they come.

GIFTED WARRIOR is simply a different horse having joined the all conquering yard of Roy Rogers. Was huge first-up when off the track throughout and then duly saluted second-up. Should get a nice run just in behind them and amazingly he is now travelling in his races. New home, new horse. ANGELIQUES FAME looked a shade disappointing to the eye last start but was chasing a solid tempo throughout. BEDOIUN BELLE doesn’t win out of turn but looks well placed here. SWEET DREAMIN’ is more than capable but will need a special ride from Rawiller.

WORTH A RISK won back to back races in style first-up and second-up before running a solid third in what has turned into a cracking form reference race behind Diapara and Regal Magic, beating home Classy Macro, Ghost Who Walks, Bombardment and Call Again. Last start ran well in a C5 and now dropping back to C3 company looks the one. She can lead them up and get it soft and from there takes running down. AY TEE EMM is continually drawing wide and running great races. Another one expected here. ARRACITY was scratched Wednesday to save for this. Nice effort last start in a tougher race. WEE RIPPER always a blow out chance with the right run.

Suggested Bet – WORTH A RISK WIN